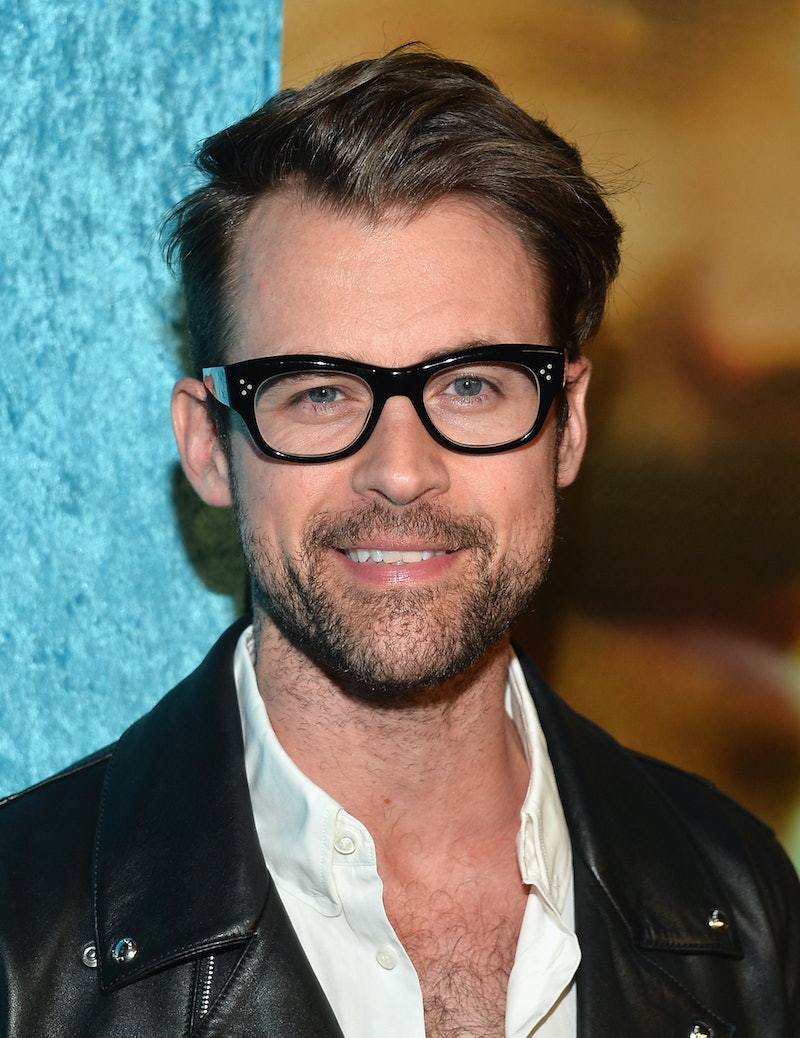 After several months of speculation and hype, E! brought back The Fashion Police, and Joan Rivers' seat was not the only one needing to be filled. Brad Goreski made his Fashion Police debut, replacing show veteran George Kotsiopoulos, but the celebrity stylist failed to make his mark.

The show chose a prime time to premiere — the night after The Golden Globes, so Monday night's episode was, obviously, dedicated to the award show fashion, and the big name event was definitely the right way to ease us into the new panel. Though Goreski was his usual adorable self, his debut felt a little...lackluster. While Kotsiopoulos brought the sass and had no problem challenging the female-filled set, Goreski was markedly demure, didn't really bring the funnies, and just seemed to get lost amongst the women. He didn't impart anything individual or unique, and it almost felt like he just didn't need to be there, like he was a guest judge or a seat filler.

Most disappointing, though, was that as a stylist, I expected him to bring some real fashion insider knowledge. Instead, his critiques rested on personal preference (I loved that/I just didn't love that), and Kelly Osbourne was the one whose comments actually had substance, backed up with knowledge and facts. Given that this was his debut, I'm sure Brad was just nervous and will relax and open up more as the season progresses. I mean, bantering with those outspoken ladies can't be a piece of cake.

His face kind of says it all.