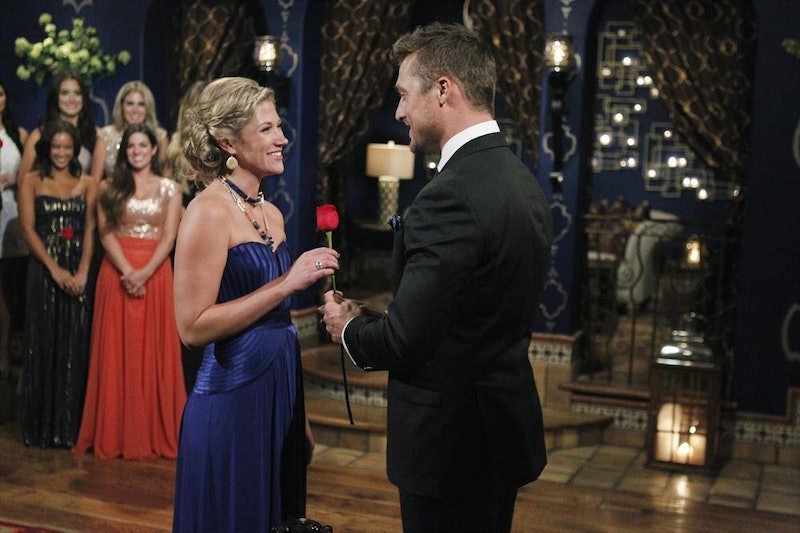 Put 30 girls in a house battling over the same man and things are bound to get a little crazy. But this season of The Bachelor , the women are just plain mean. First there was the women who complained that Tara got a rose even though she was "the drunk one." Then the ladies on the first group date got snotty with each other when Chris announced a surprise one-on-one for Mackenzie. If anything they should have been mad at him for chaning the rules, but they made some snide remarks about Mackenzie instead. But the worst-of-the-worst was a tipsy Jordan making totally unnecessary comments about Jillian's rear.

She slurred her way through a speech about how Jillian had a hairy butt crack and needed to "take a weed whacker to it." Yeah, super classy. It was totally lame of her to say anything like that at all, and even worse that ABC chose to play it. They used the interview for a comedic moment, not even thinking that now Jillian has to show up at work with all her employees having heard that.

I hate women who tear down other women. But even more than that, I hate people pitting women against each other, and that's exactly what ABC is doing with what they're choosing to show. They're taking pleasure in mocking these women by having them mock each other.

Unfortunately it's only episode two and it's unlikely this method will stop any time soon. It seems that this season is shaping up to be one of the meanest ever, and ABC is just gleefully rubbing their hands together as they highlight the drama.

More like this
Becca Tilley Confirmed Her & Hayley Kiyoko’s 4-Year Romance With A Heartfelt Note
By Brad Witter
How Reality TV Stars Conquered Your Bookshelves
By Anna Peele
Kylie Jenner Roasts Kendall For Her Cucumber Cutting Skills On TikTok
By Jake Viswanath
What’s New On Netflix: 'Stranger Things' & 'Somebody Feed Phil' Return
By Arya Roshanian
Get Even More From Bustle — Sign Up For The Newsletter