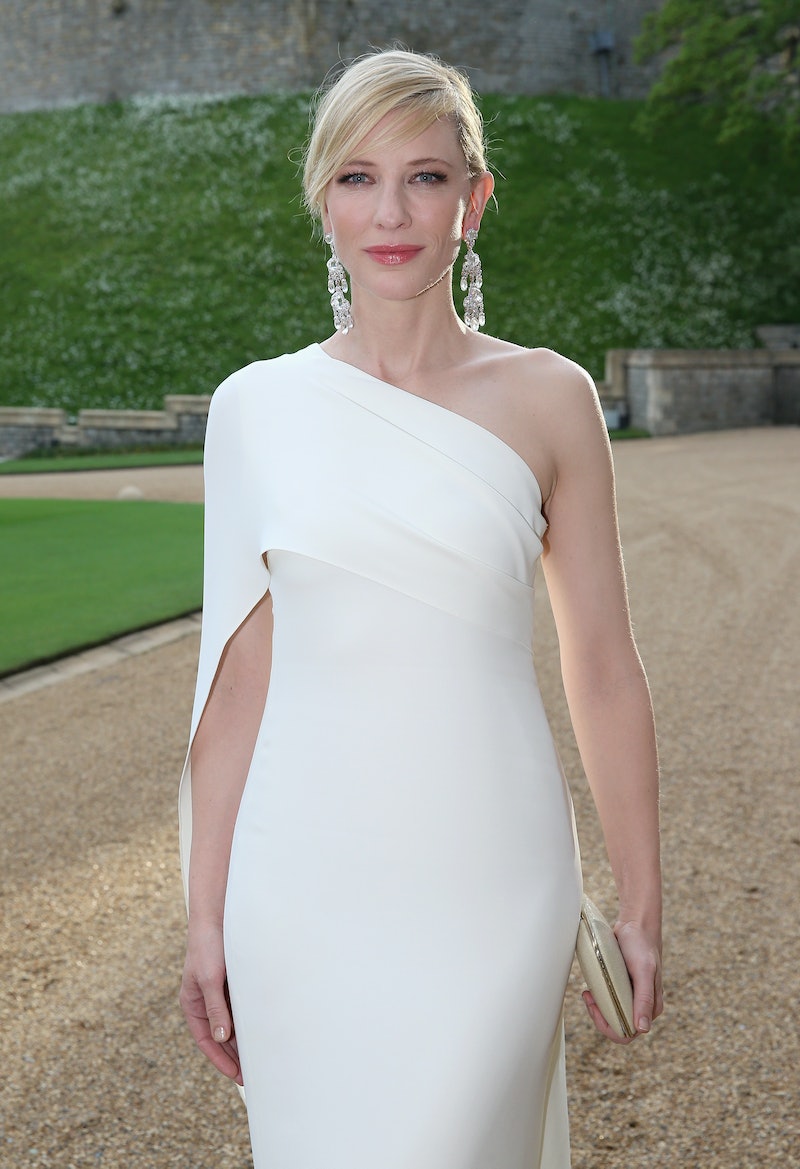 Tired of your old lotion or body oil and interested in outlandish treatments or products with strange ingredients? Well, apparently, the oil of an emu, (you know, those ostrich-looking birds) is hyper hydrating. But Aussie actress Cate Blanchett doesn't use emu oil to moisturize, despite a report to the contrary. Her rep has shot down a The Daily Mail story that quotes the Blue Jasmine star as saying she applies the oil harvested from the bird's feathers to her face when breaking down her beauty regimen.

"I tend to use really basic creams," Blanchett, who is the face of the SK-II skincare brand, reportedly said, before revealing that she uses something that sounds, like, totally non-basic. The Daily Mail claims she said, "I like to put an oil on, like an emu oil from Australia. It's from the emu and it's really nourishing. I prefer an oil to a cream. In indigenous Australian culture, that's the first oil they put on a baby because it's so hydrating. It's all pretty basic."

Yeah! Totally, uh... basic? Anyway, Blanchett's rep denied the story, saying that the interview never happened and that the Oscar winner has never slathered her face with the oil. "Cate does not and has never used emu oil on her face. This is not a fresh interview with The Daily Mail. This interview actually never took place," the rep stated.

Wow. I won't even get into the ethical questions regarding the legitimacy of the quotes. Besides, I'm way curious about the emu oil. The Mail feature also claimed that besides Blanchett, Beyonce, Charlies Theron, and even Zac Efron are fans.

While Blanchett denies usage, I was wondering WTF it is and how it's made. Are we hurting emu's for silky smooth skin? I hope not.

Apparently, fatty tissue is taken from the bird's back and turned into oil. It's said to be soothing, anti-inflammatory, can be used to treat scars, eczema, headaches, sunburn, and the Aborigines have used it for years. It can also be used for hair, to treat shingles, and more. A study conducted by Victoria University in Melbourne that suggested that patients with osteoarthritis in their hands experienced a pain reduction by applying or ingesting emu oil.

However, the study also been suggested that none of the oil's properties have been scientifically proven in humans, although tests have been done on rats. Um, okay...

Overall, the jury is out and there is information both supporting and conflicting the oil's healing properties. Either way, Blanchett says she doesn't use it and a little further investigation suggests that the there needs to be way more scientific testing to prove effectiveness of emu oil on many levels. I'll stick to coconut for now, thanks.