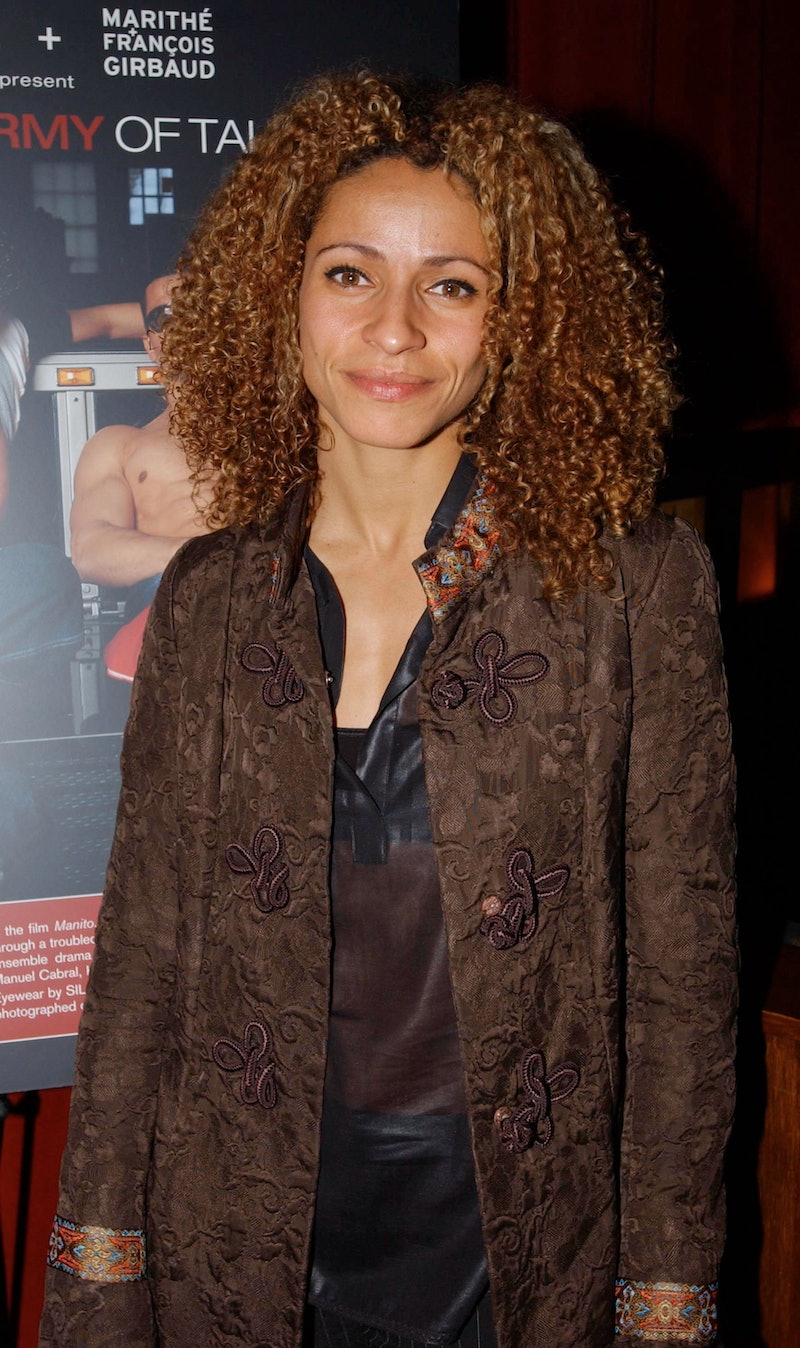 Gasps, laughter, groans, cheers. There were a variety of reactions in the room when Tina Fey and Amy Poehler told a Bill Cosby joke at the Golden Globes on Sunday night. Meanwhile, people on social media either supported the female comedians calling out Cosby, or viewed it as insulting to the victims by making a joke surrounding sexual assault. Regardless of what the public thinks, how do the more than 20 victims who have spoken out against Bill Cosby feel? Well, TMZ spoke to one of them and found out. Michelle Hurd cheered on Fey and Poehler's Golden Globes joke and told TMZ that it gives credibility to the victims' allegations. According to the website,

Law & Order actress Michelle Hurd thinks it's ironic ... 2 female comedians who were cracking jokes about Cosby's alleged antics could be more powerful in swaying the public than the accusers themselves.

Hurd tells us ... Fey and Poehler give the allegations credibility given the profile of the Globes.

She thinks Cosby has been impervious to the criticism and hostility aimed at him, but she's hoping the cumulative impact of hecklers at his concerts, women speaking out and now 2 famous women taking an international stage and blasting Cosby will finally get to him.

Herd raises a great point regarding credibility. By Fey and Poehler publicly referencing the fact that Cosby allegedly drugged and abused women, they're saying, "We believe you" to the victims. They're saying that their voices have been heard, instead of just sweeping the situation under the rug. Speaking out on such a public stage is like knocking Cosby off his pedestal and announcing to the world that this news isn't going to be ignored.

Back in November, Michelle Hurd came forward with allegations about Bill Cosby. In a post shared on Facebook, the Law & Order: SVU actress wrote about Cosby's' inappropriate behavior when she appeared on The Cosby Show:

I did stand-in work on The Cosby Show back in the day and YES, Bill Cosby was VERY inappropriate with me. It started innocently, lunch in his dressing room, daily, then onto weird acting exercises where he would move his hands up and down my body, (can’t believe I fell for that) I was instructed to NEVER tell anyone what we did together, (he said other actors would become jealous) and then fortunately, I dodged the ultimate bullet with him when he asked me to come to his house, take a shower so we could blow dry my hair and see what it looked like straightened. At that point my own red flags went off and I told him, ‘No, I’ll just come to work tomorrow with my hair straightened.’

While she didn't go to Cosby's house, Hurd spoke to another stand-in actress who wound up being drugged in a similar situation. Hurd wrote on Facebook,

I then started to take notice and found another actress, a stand-in as well, and we started talking….. A LOT …. turns out he was doing the same thing to her, almost by the numbers, BUT, she did go to his house and because I will not name her, and it is her story to tell, all I’ll say is she awoke, after being drugged, vomited, and then Cosby told her there’s a cab waiting for you outside.

After she spoke out, Hurd responded on Twitter to someone who said her attempt at destroying Cosby was "pathetic" and that she accepted money from him. Hurd shut down the false information with the following tweet.

Once again, Hurd raises a great point: It's all the more difficult for women to come forward when they're automatically accused of lying or trying to get something out of it. When women do speak out, their statements should be taken seriously.

Meanwhile Cosby recently made a joke about the situation at a stand-up show in Canada, where he told an audience member, "You have to be careful about drinking around me." Since his ill-mannered joke isn't very professional (to say the least), here's the official statement given by Cosby's attorney back in November:

More like this
Amanda Seyfried Reflects On 'Mean Girls' & "Gross" Remarks That Men Made After It
By Jake Viswanath
Harry Styles Called For "Backlash" In Powerful Statement On Abortion Rights
By El Hunt
The Music Industry Continues To Fail Black Women
By Precious Adesina
Sandra Bullock, Girlboss Extraordinaire
By Matt Harkins & Viviana Olen
Get Even More From Bustle — Sign Up For The Newsletter