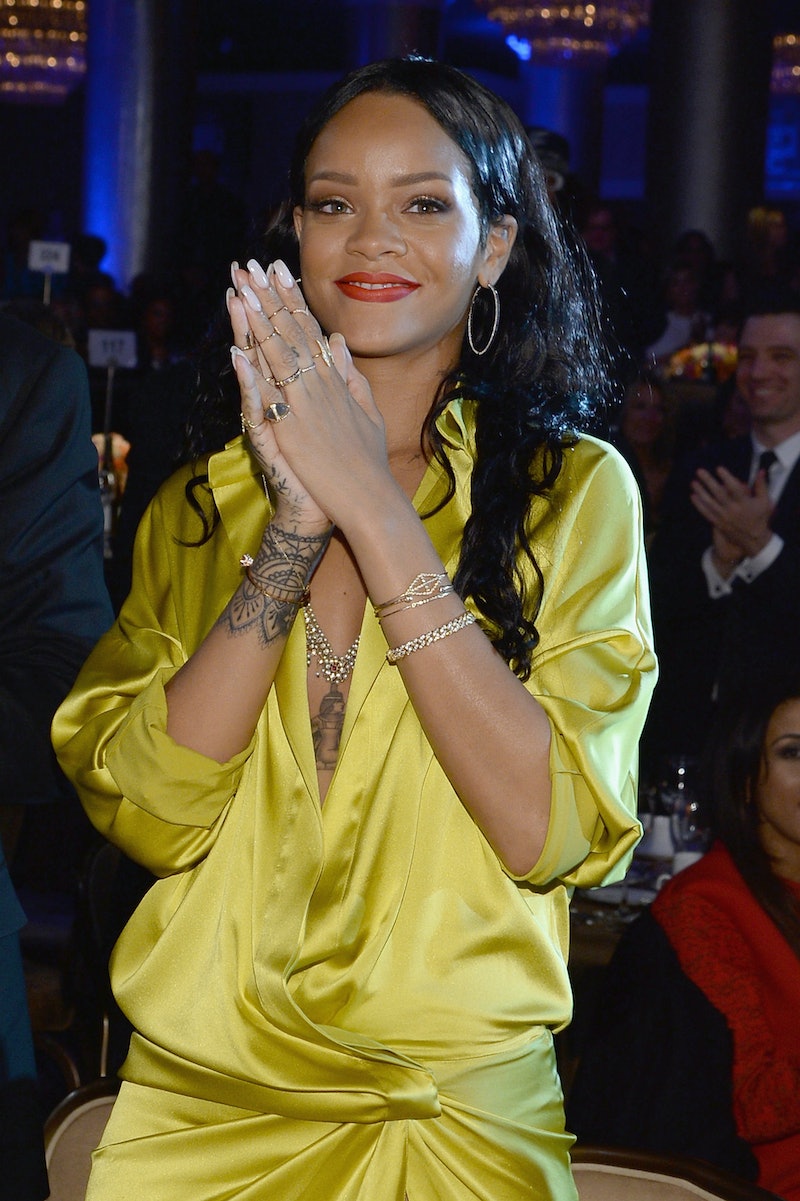 Sometimes during a gray week in the bleak middle of January, the Internet bestows upon us a truly holy gift. Today, that gift is Rihanna singing a cover of Madonna's anthemic "Vogue". It was originally studio-recorded as a guiding track for a live performance at the 2008 Fashion Rocks! show, and only just now leaked. I'm not sure why it took more than six years for this Very Important Thing to spill its golden audio light over the crashing waves of the Internet, but at least it finally did. (Here's video footage of the live version in case the audio track below gives you the understandable desire to revisit it.) While it's undeniably true that Madge will always do the best version of the classic jam, Rihanna does successfully breath effervescent new life into the twittering groove. I'd love to test it out over a good set of speakers and undulating dance floor.

This is certainly more exciting RiRi news than the prospect of her knocking boots with Leo at the Playboy Mansion (which, to be fair, is still pretty exciting). Still most exciting of all: She's currently spending time in the studio working on the follow-up to 2012's Unapologetic, which is slated to drop at some point this year. Will it include the studio version of this majestic cover? Who knows for sure? I'm keeping my fingers crossed.