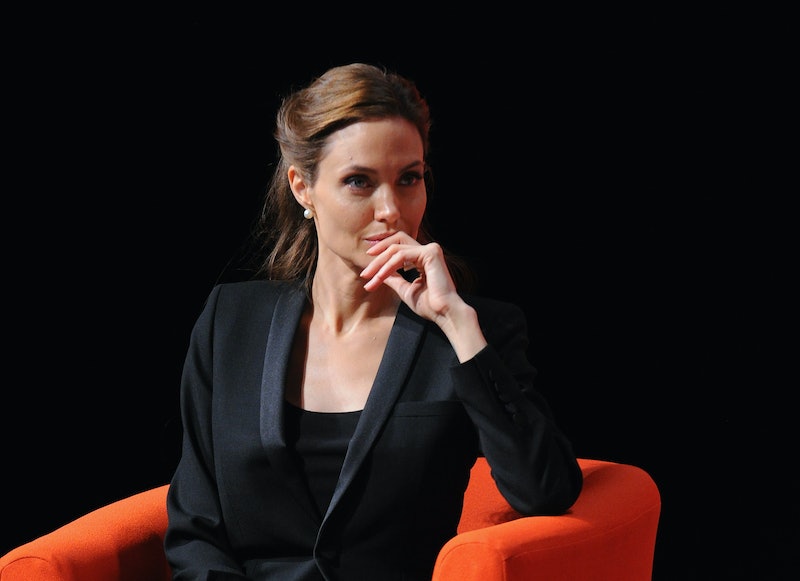 When it comes to female directors in Hollywood, the picture being painted is sadly quite far from the actual truth. You see, over the past few years, as the Internet has become the center of a new sort of feminist revolution, I've been lead to believe that the state of female filmmakers is getting better —Kathryn Bigelow, Sofia Coppola, Angelina Friggin' Jolie. Though these high-profile names and big, breaking moments for female artists would make you think women are finally getting more of the playing field, it's actually quite the opposite. According to a brand-new study by San Diego State University, only 7% of the 250 highest-grossing films of last year were directed by women.

It's not just a phenomenon of 2014 either, the study also shows that over the past 17 years, the number of female directors of the biggest films in Hollywood has dropped by 2%. Essentially the sad state of women behind the camera has gone from bad to abysmal.

The only bright spot of the study was to show that one-quarter of these high-grossing films were produced by women. But sadly, these figures have also dropped since 1998, along with those of editors and writers. Oh, and in terms of music and sound, only 1% of these top box office hits have female composers and 5% have female sound editors. Woof.

We may be duped into believing the way women are represented onscreen is changing because there are, at moments, huge films with women's stories at the forefront. However, more often than not, those are being written, directed, produced, edited, and created by men. As Cate Blanchett reminded us last year when she won an Oscar for Blue Jasmine: "To the audiences who went to see it and perhaps those of us in the industry who are still foolishly clinging to the idea that female films with women at the center are niche experiences, they are not. Audiences want to see them and in fact, they earn money. The world is round, people!"

When it comes to the Oscars, which has more to do with critical response as opposed to box office, the story is no different. The number of women who have been nominated for Best Director, who have won for Best Director and whose films have been nominated for Best Picture is even more bleak. With the Academy Award nominations coming out this Thursday, we may finally have a noteworthy year for movies by and/or about women thanks to Wild, Selma, Unbroken, and Obvious Child. But even so, the outlook is still majorly tipped towards men. Take a look at the history of female directors in the past two-and-a-half decades to see how the Academy recognizes women and how Hollywood still has a major gender problem:

Number of female best director nominees: One in 1993, Jane Campion for The Piano.

Number of female Best Director nominees: One, in 2003 Sofia Coppola was nominated for Lost in Translation.

Number of female Best Director nominees: One in 2009, Kathryn Bigelow for The Hurt Locker.

Number of female Best Director winners: One in 2009 Kathryn Bigelow for The Hurt Locker.

Number of Best Picture nominees directed by women:Three. In 2006 Jonathan Dayton and Valerie Faris directed the nominated Little Miss Sunshine. In 2009 Kathryn Bigelow's The Hurt Locker and Lone Scherfig's An Education were nominated for Best Picture in a year of 10 nominees.