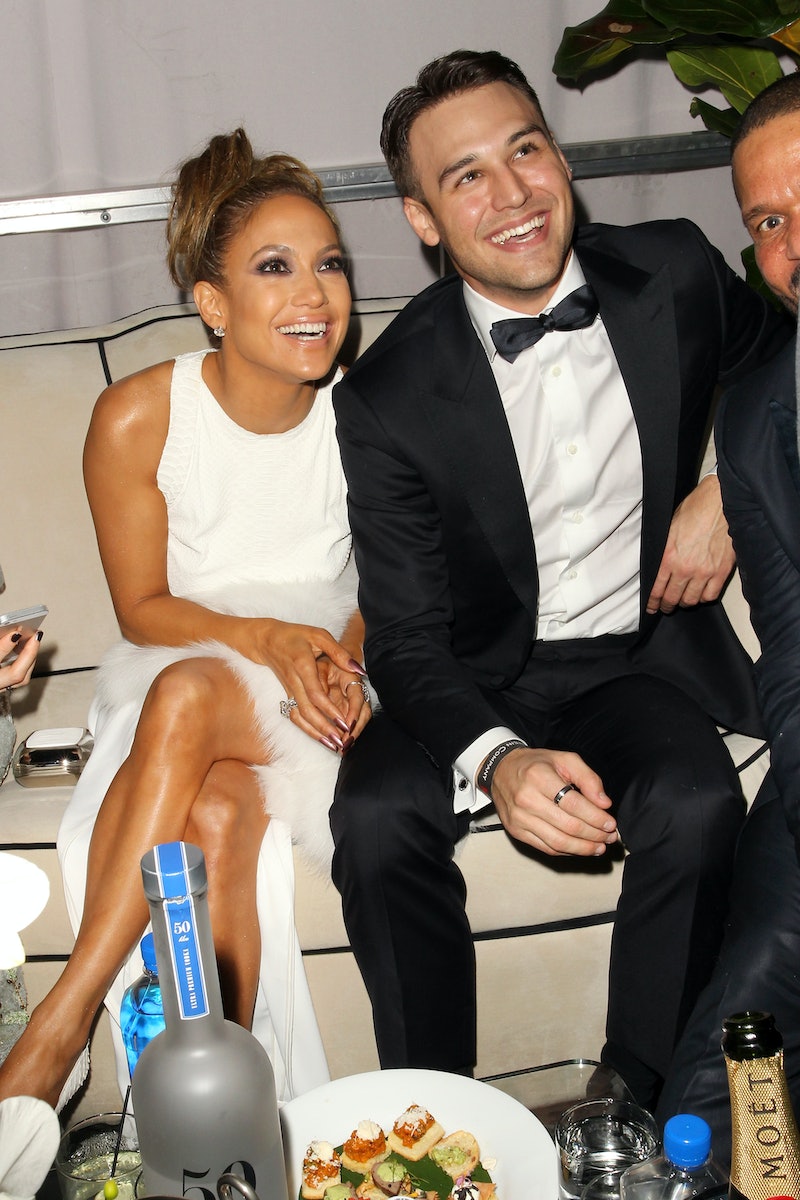 If you had my love, and I gave you all my trust, would you comfort me? That seems to be what Jennifer Lopez is asking of Ryan Guzman, because they are reportedly getting close and "cozy." According to Page Six, not only did The Boy Next Door co-stars arrive at the Golden Globes together, but "spies" said "they also left an afterparty together after getting a little closer on a couch." Apparently, J. Lo and Guzman attended the Weinstein Company and Netflix celebration, where they chilled together and got super close on the couch, which, obviously, means they're dating. Another "spy" said, "At one point, Ryan moved back on the couch and then he put his arm around Jennifer."

Whether any of these rumors are true or not remains to be confirmed. Other rumors that have been swirling are that Lopez is back with her former boyfriend Casper Smart. However, as the actress reportedly said, "I’m single right now, [it’s] really great for me."

One thing that does remain true is that Guzman recently broke up with Melanie Iglesias. The actor broke the news on Twitter on Dec. 31 by posting, "Since everyone will eventually find out anyway, unfortunately I’m single again..."

Now, whether J. Lo and Guzman are dating, I have no idea, but I do know one thing and that is they'd make one good looking couple. Seriously, have you seen them? Take a moment to stare at the above photo. Three words: gorgeous, beautiful, and hot! That's right, they'd make one spicy couple. Also, they're both amazing dancers, so, yeah, there's that. To prove just that, here are some photos of the two together.

At the Golden Globes... Yep, Sexy

Again at the Globes Being Cute

Just Look at This Hotness