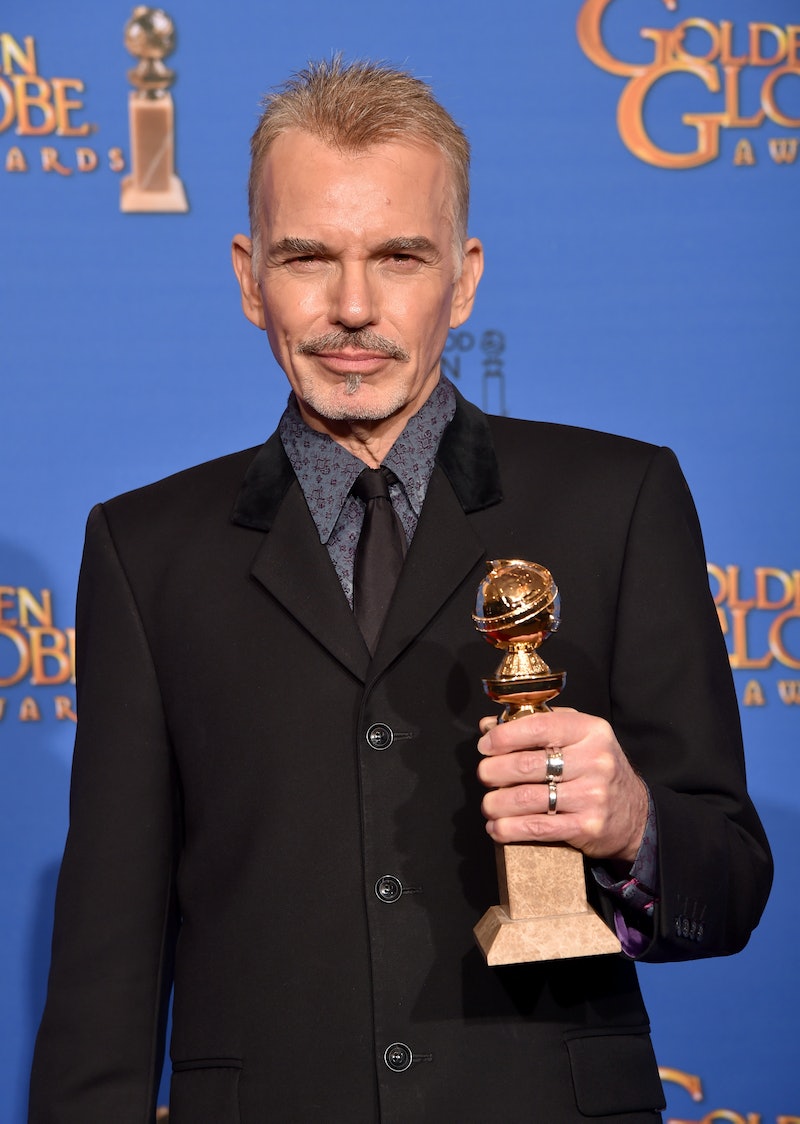 As we all saw on Sunday night, at least those of us who tuned in, during the 72nd Annual Golden Globe Awards, Amy Poehler and Tina Fey brought on all kinds of laughs, especially when they played the game "Who Would You Rather?" Well, everyone hopped on that bandwagon, including Access Hollywood who couldn't help but ask the Globe winners who'd they rather take to bed. One actor who participated was Fargo's Billy Bob Thornton, and after watching Thornton play "Who Would You Rather?" I felt all kinds of emotions. Not only did I feel happy watching the actor play the game (because he seemed so confused by the entire thing), but I also felt awkward, confused, and stumped on whether he was joking or having any fun at all.

As you'll see for yourself, Thornton's biggest answer comes when he chooses Jennifer Aniston over Reese Witherspoon. He didn't think twice and said it's been his "lifelong goal" to sleep with Aniston. He then immediately says he's kidding. I can't tell if he is or isn't. Seriously, this part left me confused, but I'm not going to lose any sleep over it. I'm sure Aniston would feel confused as well watching all of this go down, especially since Thornton was once married to Angelina Jolie. Is that why he chose Aniston so quickly?

That wasn't the only awkward part, because when asked to choose between Bill Murray or Christoph Waltz, Thornton says in all seriousness,

What? I don't even know what the second one is, so Bill Murray.

Um, can you say insulting? How can he not know who Christoph Waltz is? He was nominated for a Golden Globe this year and even took home two Oscars! After that, he's asked to choose between Keira Knightley and Jennifer Aniston. His response?

Jennifer Aniston. How many times does it take to get this through your head?

He kind of seems irritated, but after watching it several times, I think he is joking around. Maybe he just has a dry sense of humor? Whatever the case, Thornton makes for one great target and will really make you think when watching him play such a silly game.