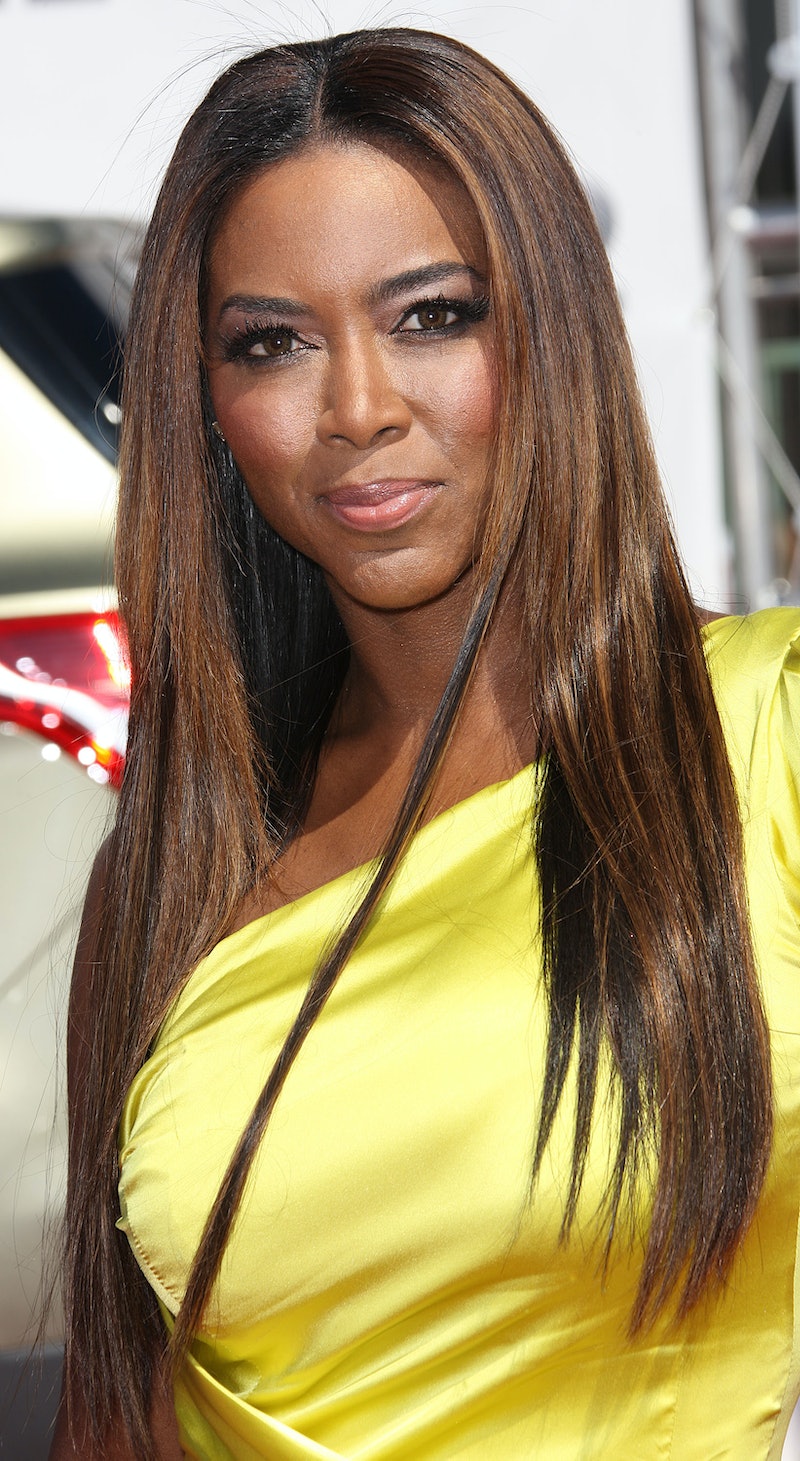 When it comes to doling out insults, The Real Housewives of Atlanta Kenya Moore is the show's undisputed queen of throwing shade. With her snarky tendencies, one would think she had pretty thick skin when it comes to being on the receiving end of some not-so-nice treatment, but that doesn't appear to be the case. US Weekly reports that Moore shaded Lupita Nyong'o because the 12 Years a Slave actress allegedly refused to take pictures with the reality star at the Golden Globes. In a tweet that appears to have been deleted, Moore reportedly wrote, "lots of people who were so cool @taylorswift13 was so sweet but @Lupita_Nyongo refused 2 take pics After 2 movies #girlbye." Hmm, could this be a case of shade karma?

Perhaps Nyong'o counts reality TV as one of her guilty pleasures and was already privy to Moore's status as shade queen of RHOA. Perhaps she was blinded by all the lights flashing on the red carpet and dizzied by Moore's incessant twirling, which has to make for some unpleasant photographing conditions. Either way, Moore being offended by a cold shoulder is the most hypocritical thing ever, considering she has a history of undeniably shady behavior that's been consistent since she joined the cast of RHOA in Season 5.

Who knows what actually transpired during that red carpet interaction, but what's obvious is that Moore is well-versed in the art of throwing shade.

The Time She Shaded a Model at The Bailey Agency Audition

Mind you, this was said in earshot of the model. That must've been the worst audition ever.

When She Unintentionally Shaded Beyoncé

This still qualifies as shade because who compares themselves to Beyonce?

Because flirting with someone else's husband is always the way to go.

The Time She Shaded Everyone at the Reunion

This fan was the ultimate shade accessory.

One of The Many Times She Shaded Porsha Williams

Ooh, and we all know how this ended.

To be fair, a few of the women routinely shade NeNe's wigs, but Moore's shade cuts deep.

The Time She Shaded NeNe... Again

And this came after NeNe invited Kenya to dinner with Cynthia and Porsha. Can't blame her for being suspicious, but the shade ruling stands.

She Even Shaded Cynthia Bailey

This particular insult was in reference to Cynthia's lopsided friendship with NeNe, despite the fact that Cynthia has Moore's back when no else does, which is basically all of the time. And in case you needed any more proof...

The Time She Admitted to Being the Shadiest

She's shady, but in this case, she speaks the truth.