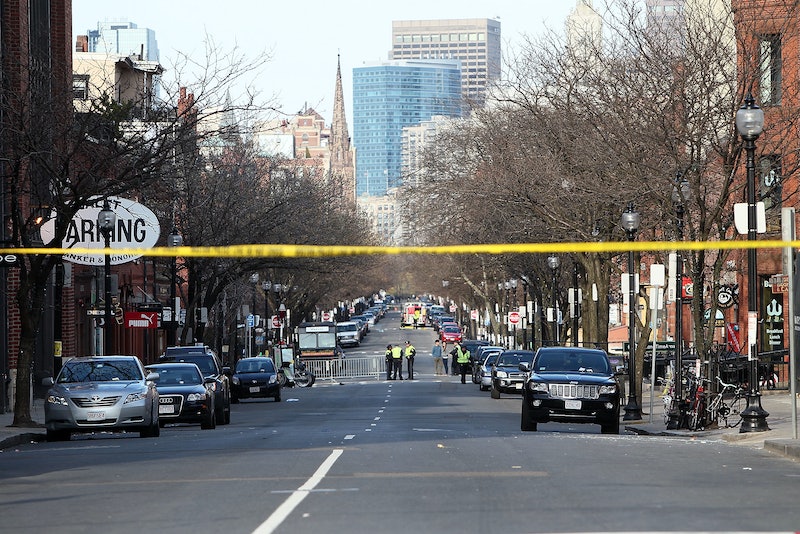 The lawyers for Dzhokhar Tsarnaev, the suspect in the bombing of the Boston Marathon in 2013, have asked to suspend jury selection because of the recent attacks in Paris, over concerns that the attacks in France are causing "extraordinary prejudice." The lawyers contend that parallels drawn between their client's case and the attacks in France that left 12 dead at the offices of Charlie Hebdo could influence potential jurors, and a month-long delay would allow those comparisons and prejudices to diminish, the AP reports.

Tsarnaev's lawyers have asked multiple times to delay the trial, which was on its third day of jury selection when the Paris attacks began Jan. 7. Though potential jurors have been told to avoid media about the trial, they more than likely saw reports that compared motives and details about the Boston Marathon bombing and the attacks in France. The lawyers wrote:

Even before the Paris attacks, there was no modern precedent of which we are aware for attempting to seat an impartial jury in a community that had been so recently, so grievously, and so widely affected by a single series of crimes. Now, at the very moment this attempt is to be made, the Boston bombings are being newly placed at the center of a grim global drama. At a minimum, the court should pause long enough to let this latest storm subside.

Jeffrey Denner, a Boston defense attorney who is not defending Tsarnaev, told the AP that it would be unusual for a judge to suspend a trial after jury selection had already begun, while Jeffrey Abramson, a professor of law and government at the University of Texas at Austin, said it will be difficult for jurors to ignore similarities between the cases.

More than 1,000 possible jurors will go through the jury selection process, with about half remaining after an intensive questionnaire. Those who remain will be interviewed by the judge and attorneys to determine which jurors might be the most unbiased. It's an extremely important process that takes a lot of time, because Tsarnaev faces the death penalty if convicted.