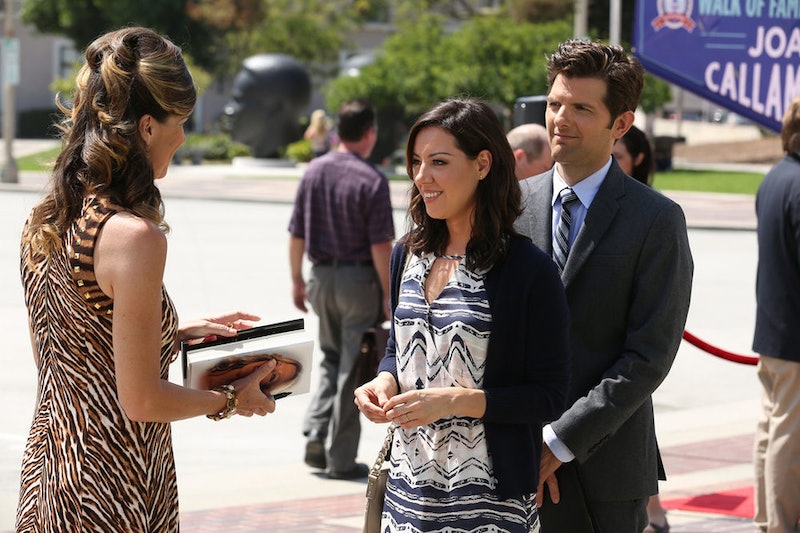 I feel like I don't even know Parks and Recreation anymore. First, Ron and Leslie are feuding, and now April is considering leaving the Parks department? On the second episode of Season 7 of Parks and Rec , April Ludgate started feeling a little antsy in her city managerial position under Ben Wyatt, to the point where she said she wanted to quit, live under a bridge, and tell people riddles before they cross (which sounds like a great job). But Ben wasn't going to let her go that easily, so instead of leaving the Parks department that moment, Ben invited April to discover what her dream job is. But that doesn't mean she won't leave us soon.

While I don't think Aubrey Plaza is going anywhere, April Ludgate might very well be leaving us to discover her true passion. We don't know what that is at the moment — doesn't she really care for animals? What ever happened to her job in the animal control department in Pawnee? — but Ben has taking it upon himself to discover what April's calling is. Meanwhile, I'm asking/ screaming at my screen, "WHY IS EVERYONE LEAVING ME?!" Seriously. First Ron goes private, Leslie hasn't kept in touch, and now April is going to leave me? Because that's fair, how?

April and Ben visited a mortician, because being a mortician is obviously the job April wanted to do when she was 10-years-old, but she wasn't into the amount of schooling that went into cutting open dead people. I hear ya, girl. Taking away the selfishness of these emotions, I, too, hope that April finds something that truly excites her for a career, as long as that career is from the offices of Leslie Knope or Ben Wyatt. Sorry 'bout it.