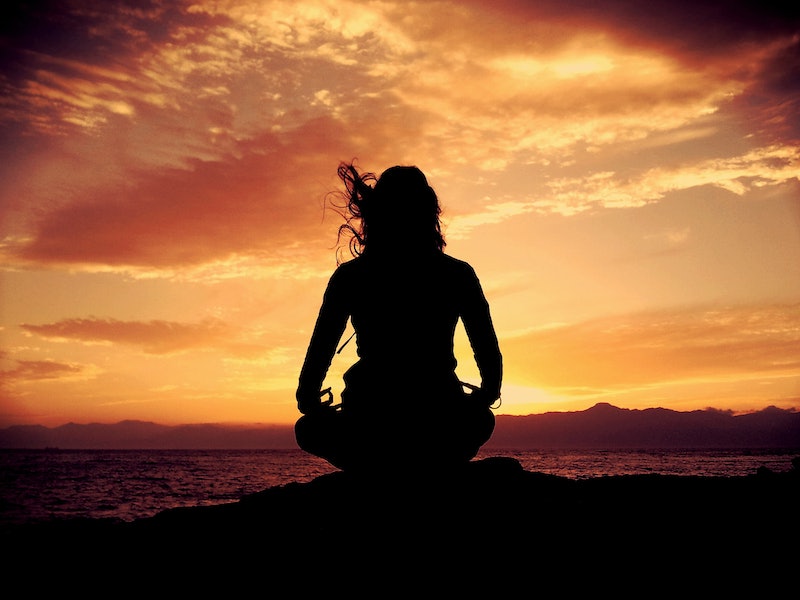 I first started doing yoga as a teenager. I had terrible posture and my mom, a physical therapist, was determined to help me stand up straight. She dragged me to the only yoga studio in my Texas hometown, and I entered with extreme skepticism. (At that time in Texas, yoga, along with sushi and $5 cups of coffee, was regarded by most as solely the domain of hippies and assholes.) But by my first downward dog, I was hooked. My new practice did, in fact, improve my posture, and I was thrilled to find a mode of exercise that didn’t involve running of any kind.

Well over a decade later, I’m still addicted. I’m not the only one: In 2012, Yoga Journal reported that 20.4 million people practice yoga in the United States. The rapid expansion of yoga’s popularity has made yoga into a major commercial industry. Studios, suppliers, and clothing designers are all constantly competing for a piece of a $27 billion pie. This “yoga boom” has left a bad taste in the mouths of some yoga practitioners, who are rightly troubled by the intrinsic contradictions of a commercial industry based upon an ancient religion that seeks enlightenment through detachment from earthly things.

Although I think these concerns are certainly valid, I can say, from a personal standpoint, that yoga has done good things for my life. In addition to its physical benefits, yoga has made me more aware of how my body works and more thoughtful about how I approach challenges. And although some devotees are surely attracted to yoga by stupidly expensive yoga gear and ultra-competitive classes, I think that others are drawn to yoga for the same reason that I am: it’s inherent flexibility as a spiritual and athletic practice. Once you start doing yoga, it somehow manages to find space for itself, no matter what you’re feeling or where you are mentally and physically. And that’s how you get obsessed.

You don’t have to be able to turn yourself into a human pretzel in order to do yoga. There are many different styles of yoga, and many levels of intensity within those styles. If you want a really hardcore work out that will make you sweat buckets, congrats! There’s a yoga style for you! If you want to relax and forget the world for a while, Congrats! There’s a yoga style for you, too! One of my favorite things about yoga is that I can pick the style and intensity that works for me on any given day. Because some days I’m craving a work out, and other days I’m...well, hungover. Yoga works for both types of days.

2. Yoga works for any body type

When you’re constantly bombarded with stories of celebrities and models touting yoga as their “stay-thin” solution, or when, say, the head of a major yoga clothing brand dismisses plus-sized customers, it can be easy to feel like you have to have a so-called “yoga body” in order to do yoga.

But this pressure to have a certain physique is, in fact, completely contrary to the actual practice of yoga. One of the first concepts I learned in yoga was the idea of “ahimsa,” which is usually translated as “nonviolence.” In committing to ahimsa, you commit to not harming others, but also to not harming yourself, either by physically overextending yourself in postures or by regarding your body as somehow “less than” other peoples’. Two things that you learn in yoga classes are, first, how to make yoga work for your body (whether that means modifying postures, using props, or taking a moment to chill out in child’s pose); and, second, to be thankful for all of the amazing things that your body does allow you to do.

3. You can do yoga from your home, your office, from anywhere

Once you know the basics of yoga, you can practice wherever you want. (Within reason. Like, don't try to do yoga in airplane bathrooms. That’s weird and probably not safe.) Obviously, going to yoga classes is great and informative, but if you only have ten minutes to spare before going to work, then you can do ten minutes of yoga on your living room floor. Is your back killing you at work? Take a few minutes to stretch in your chair. Easy peasy!