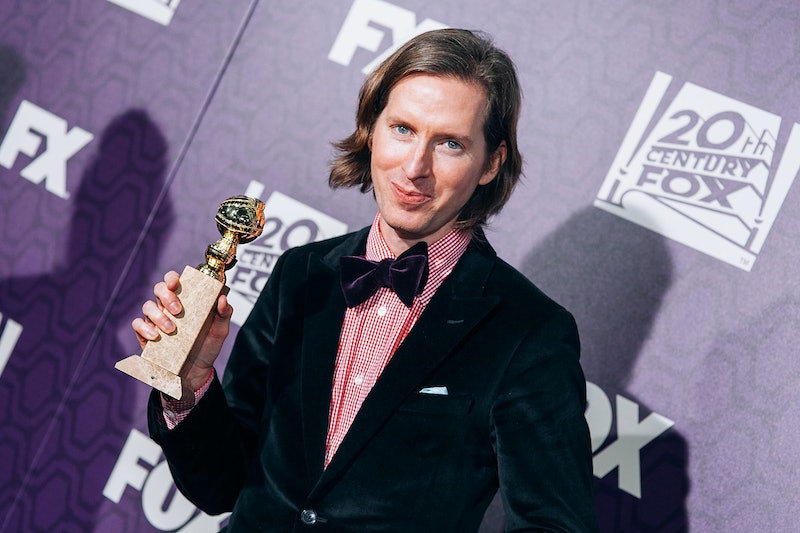 If you watched the 2015 Oscar nominations Thursday morning, you may have noticed a few things. There was the extreme lack of diversity, the extreme lack of Jennifer Aniston, and the fact that the announcers had to keep awkwardly saying the long version of Birdman 's title over and over again. Another thing that was repeated a lot? The title The Grand Budapest Hotel which was directed and written by Wes Anderson. The film was nominated for nine awards, tied with Birdman and just ahead of The Imitation Game's eight noms. So, if you're like me and are obsessed with Academy Award stats and getting sucked into the black holes of Wikipedia to satisfy your needs, you may be wondering how many Oscars Wes Anderson has won?

If you feel like he's nominated all the freakin' time (and, yes, Wes, when you read this you can take that as a compliment), there really is no definite reason for that because obviously it isn't true. It might just be because Anderson puts out a steady stream of movies. Or because they are all very Wes Anderson in style, so if you're a fan, they stand out. Perhaps it's because you really hoped the films would win and altered the truth in your mind. Who knows!

The only thing clear here, is that 2015 could be Anderson's year to finally take home a tiny naked man statue. The Grand Budapest Hotel won big at the Golden Globes taking home Best Picture, Musical or Comedy, and with nine nominations — more than tripling the amount of noms Wes Anderson movies had before — there's a good chance there's more awards to come.