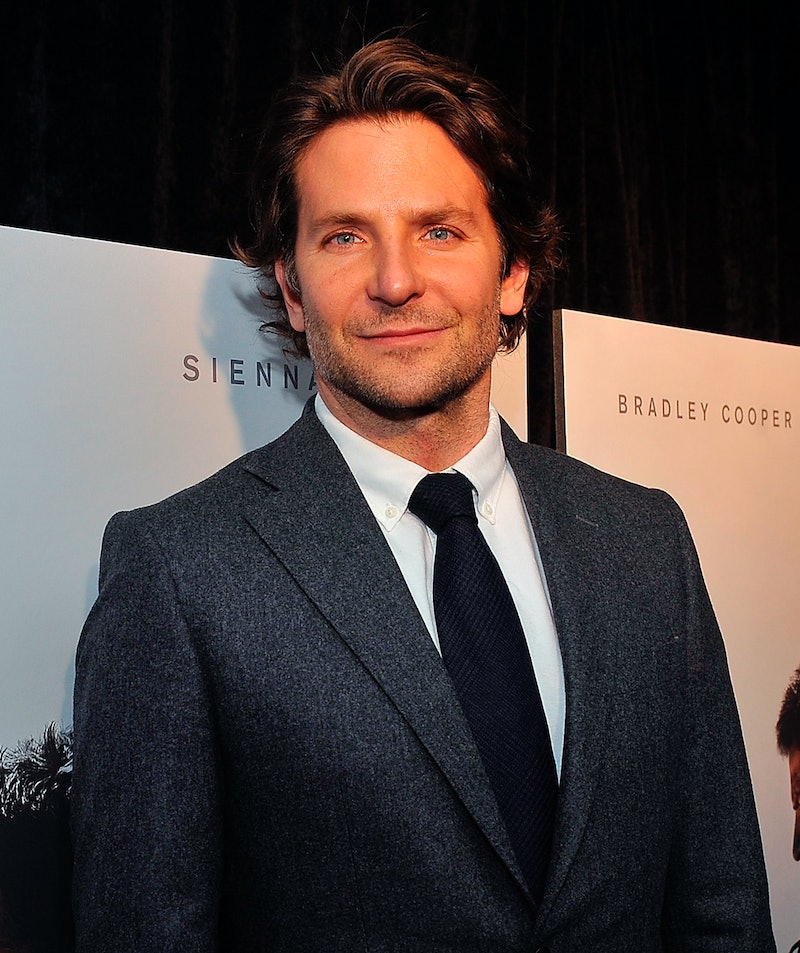 Remember back in 2013, when the phrase "Bradley Cooper, Oscar nominee" was so hard to believe that we all had to watch the meltdown scene Silver Linings Playbook five more times just to make ourselves stop laughing? Ah, innocence. Flash-forward two years, and Cooper's been nominated not once, but three times for an Academy Award, including his most recent nod for his leading role in American Sniper . Not bad for a guy who got his start by wearing the world's shortest shorts and having secret sex in a tool shed.

And even more impressively, Cooper's Sniper honor makes him the first actor in 13 years to receive three back-to-back nominations in a row, following Russell Crowe way back in the early '00s. Back then, Crowe made history by snagging consecutive nods for The Insider, Gladiator, and A Beautiful Mind; today, it's Cooper in the news, thanks to acting nods for 2012's Playbook, 2013's American Hustle, and, as of today, 2014's Sniper.

It's a huge achievement for any actor, especially one whose rise to prestige has been as surprising as Cooper's. Clearly, he's talented, but anyone who claims they thought that the guy from The Hangover would become one of the most renowned actors of recent years is rewriting history. Cooper's sudden rise was a shock, but, as he's proved in both his nominated roles and others (Limitless, anyone?), not an undeserving one. He earned his way to the top, just as much as any of the more "legitimate" actors fighting against him in the race.

And the craziest thing is, he might not even be done. In May, Cooper will star in Cameron Crowe's new movie, sure to be Oscar catnip, and afterward, a drama by John Wells that's being produced by the awards-loving Weinstein Company. He's also rumored to be costarring in Joy alongside Jennifer Lawrence, as well as Honeymoon with Harry, a dramedy led by Robert De Niro. Judging from those factors alone, there's a decent chance that at least one of these movies will be high enough quality to warrant an Oscar nomination or two; a year from today, Cooper might just find himself breaking yet another huge record. And if he does, one thing's for sure: This time, we won't be laughing.