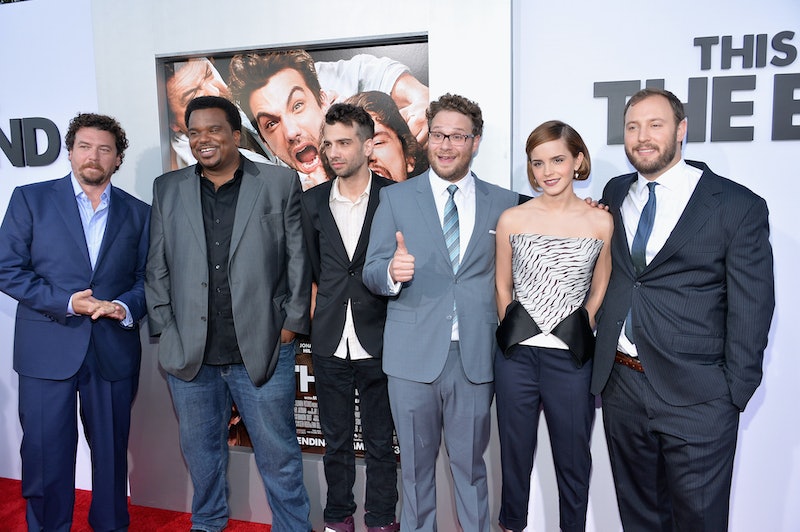 Hot off his casting in Guardians of the Galaxy and his role in This Is the End, Danny McBride has signed onto Cameron Crowe's latest project. There aren't many details known about the film, but we're already excited based on the cast alone. McBride joins Emma Stone, Bradley Cooper and Rachel McAdams.

It's possible the film will become Deep Tiki, a movie that Crowe has apparently wanted to make for years. The rumor started when The Hollywood Reporter revealed that Cooper had been spotted playing a defense contractor overseeing a weapons launch in Hawaii — considering Collider described the plot of Deep Tiki last year as following a disgraced weapons consultant who goes to Hawaii to oversee a launch, it makes perfect sense that this cryptic movie is, in fact, Deep Tiki.

Sounds interesting enough, and definitely something Cooper could handle, but then comes the catch: all of this is set against the "backdrop of mythical island lore and Cold War-esque diplomacy," including Hawaiian Gods and human sacrifice.

Maybe Crowe is keeping all of the details on this "untitled" project under wraps so people don't judge the movie before it even starts filming. Whether it's Deep Tiki or not, a movie directed by the same guy who did Almost Famous starring two of our favorite female redheads, Cooper, and McBride? We're hooked already, volcanoes and all.