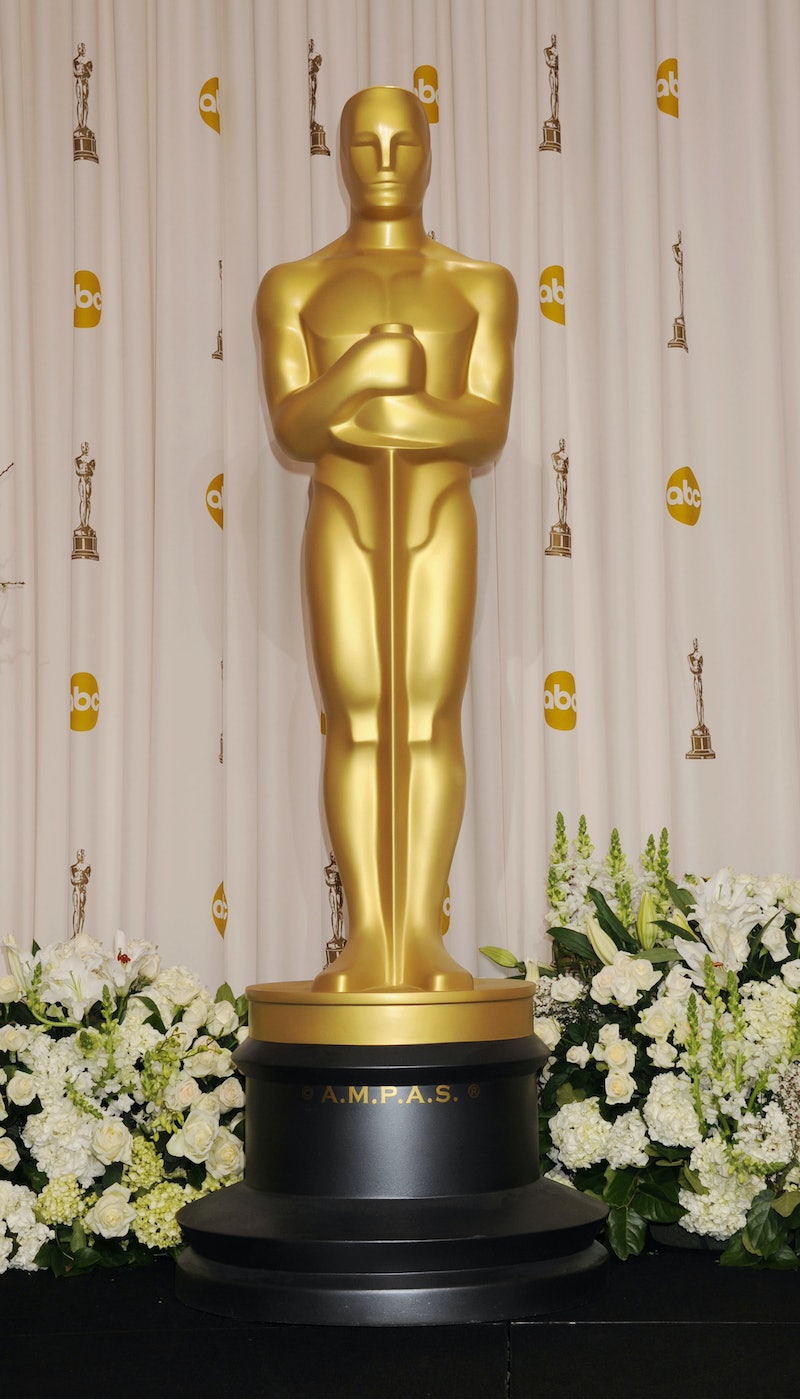 The Academy of Motion Picture Arts and Sciences has a major diversity problem. On Thursday morning, the 2015 Oscar nominations were unveiled, and all 20 actors and actresses recognized in the Leading and Supporting Role fields are, you guessed it, white. (Additionally, all 15 people recognized in the Directing and Writing fields are men.) This is shameful. While the Oscars have never been a bastion of diversity, when you consider that 2014 brought us films like Selma and Beyond the Lights, as well as impressive performances from David Oyelowo, Carmen Ejogo, Riz Ahmed, Gugu Mbatha-Raw, and Chadwick Boseman (among many others) Thursday's announcement feels especially disappointing. Once again, the Oscar nominees do not reflect the demographic makeup of the moviegoing public. Why does the Academy keep getting it so wrong? Who votes for the Oscars, anyway?

In an eye-opening 2012 survey, the Los Angeles Times uncovered that Oscar voters were nearly 94 percent Caucasian and 77 percent male. Though the Times reported in 2013 that the Academy had "relaxed its membership quotas" in an attempt to "bring more women and minorities into the organization," the change only managed to decrease the aforementioned statistics by less than 1 percent. This is likely because, as the Times explains, "new members make up such a small percentage of the entire constituency." Meanwhile, the average age for academy members increased from 62 to 63. Yikes.

Cheryl Boone Isaacs, the Academy's first African American president, told the Times in 2013 that "improving diversity" was a "constant goal" of hers. To her credit, the groups invited to join the Academy in 2012 and 2013 were both reportedly more diverse than usual. But because Academy membership is "generally for life" — even if members leave the movie industry — turnover is very slow. Therefore, despite the Academy's recent effort, the Oscars continue to be dominated by films and performances that appeal to white men in their early 60s. We're stuck in a seemingly endless cycle.

So, how can the Academy fix this enormous problem? Here's one idea: Membership should no longer be "for life." In 2012, the Times reported that "hundreds of Academy voters" hadn't "worked on a movie in decades." People who had "left the movie business entirely" were still allowed to cast their Oscar votes, just like everybody else. Does that make sense? Is that fair? By instead requiring voters to remain active within the film community, the Academy would be able to free up space for more new people to join, and potentially allow its membership to diversify more quickly.

Of course, in order for that to work, the Academy would need to be sure that it's replacing non-active members with collections of diverse new ones. Inviting more new people won't help matters if they continue to be overwhelmingly white, male, and in their 60s. Because many people need to apply for membership to the Academy and then secure endorsements from current members in order to be considered, current members need to seek out talented and diverse candidates and encourage them to join.

In 2013, Isaacs told the Times: "We want all of our members to be more proactive in terms of looking at the people they work with, and suggesting that different people apply for membership who haven't before." This would hopefully lead to a more diverse crop of Oscar nominees, as more unique tastes, perspectives, and interests would be represented among voters.

It is so important for people to see themselves reflected in the world around them, to see characters up on the big screen who look, talk, act, think, and feel just like them. It's also important for people to see those characters, and the performers who play them, recognized by award shows like the Oscars. It says: "You belong." It says: "You matter." Unfortunately, the Oscars (and many of our movies, for that matter) are sending a very different kind of message.

If the Oscars continue to only nominate white actors and actresses, roles for people of color, which are already scarce, could decrease. That's a terrifying thought. To the contrary, a more diverse, representative Academy that in turn selects a more diverse, representative set of nominees could actually lead to increased opportunities for people of color, and women, too.