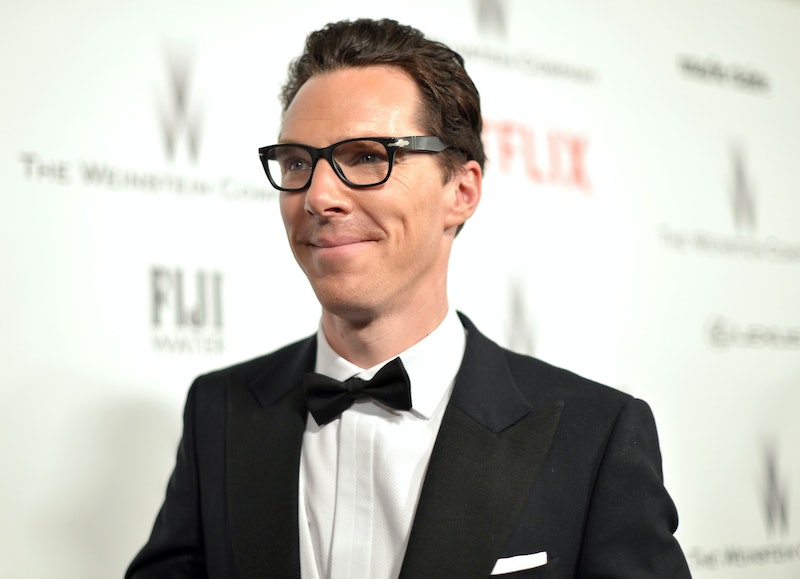 The British are coming... for their Oscar nominations! Benedict Cumberbatch, Felicity Jones, Rosamund Pike, Keira Knightley, and Eddie Redmayne have all received nods for big prizes, as can be seen from the full list of Oscar nominations released on Thursday morning. The BBC called it "a strong show of British talent" and "good news for British actors." And for good reason. But was this the biggest year for British actors? Let's see.

Of course, not all British talent was recognized, as David Oyelowo sadly got snubbed in getting a nod for Selma. Since Oyelowo is a British man of color, it would have been a good opportunity to up the diversity factor, which was lacking in this year's Oscar noms. While it is worth applauding the actors and actresses who did get nominated for their respective performances, it is interesting that there are a decent amount of stars from the U.K. in the nominations for a largely American-recognized awards show, especially since that is not always the case.

Of course, British stars have certainly been nominated for (and won) Oscar awards before, such as Daniel Day Lewis, the only actor of any nationality to have won three Best Actor Oscars. But in years past, it often seemed that when British talent was recognized by the Oscars, it was a small selection of stars, Day Lewis included, who got a lot of attention for several of their movies. Or, it was a British-directed film that swept the awards, such as Gandhi which won eight Oscars back in 1982. But this year, what's striking is the variety of characters portrayed by British actors in one year.

After all, we have Redmayne as renowned physicist Stephen Hawking in The Theory of Everything, with Jones at his side playing his first wife. We have Pike playing one half of an emotionally unstable couple in Gone Girl. We have Keira Knightley playing a World War II era code cracker alongside Benedict Cumberbatch as a famous mathematician in The Imitation Game.

All of these actors and actresses have been repeatedly praised for their acting chops. But besides these actors' undeniable talents, it's possible that an additional reason for their representation in the Oscars this year is the complex and challenging roles they took on. After all, not just anyone could portray the icy demeanor that is Amy Dunne in Gone Girl. And it probably is not easy playing a physicist or mathematician either — especially if you are not nearly as knowledgeable on the subject matter as your characters.

It will be interesting to see if any of these Brits take home big prizes on the big night!