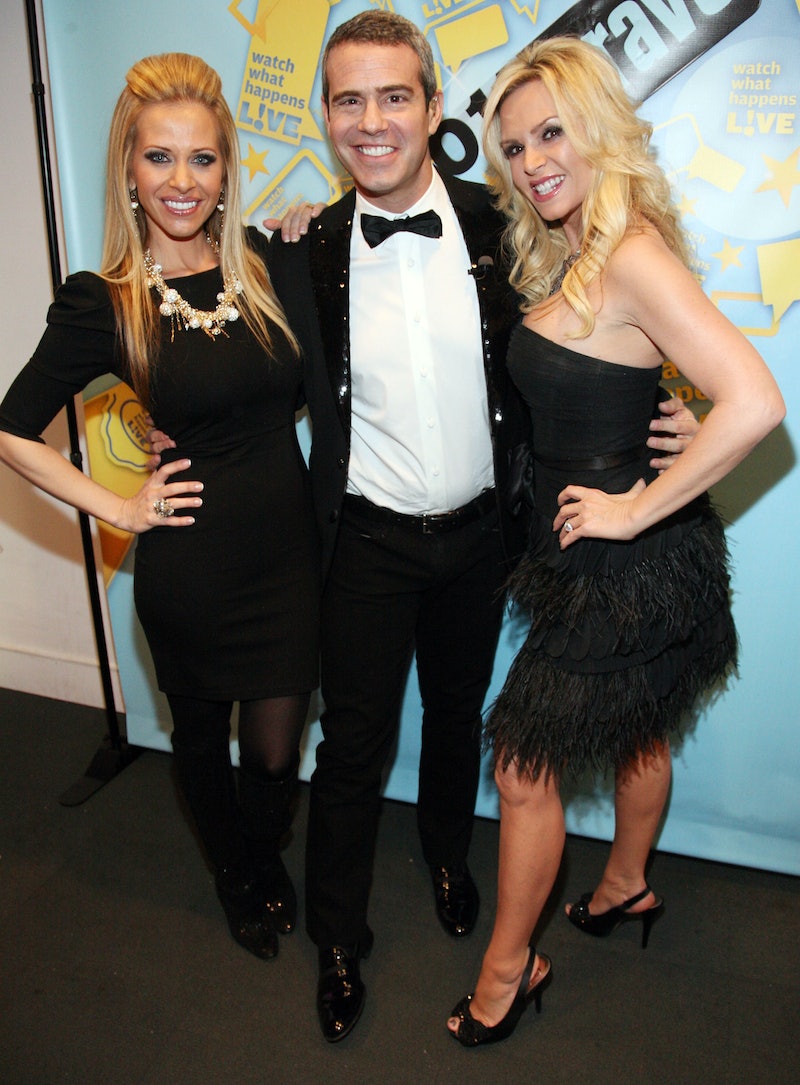 Why, hello there. Do you fancy yourself a Bravo fanatic? A loyal disciple of Andy Cohen? A lover of all things reality TV? If you screamed “YES!!!!!!” at each question, then you might want to plop yourself down in a chair that won’t topple over easily. I would hate for you to literally fall out of your seat like I did when I read Bravo's exciting TCA announcements. Thursday, Bravo divulged lots o' deets about what we viewers can look forward to. Um, go ahead and grab your $25k sunglasses, my friend, because the Bravo future looks BRIGHT.

OK, are you ready? Here are the renewals: Flipping Out will return for an eighth season, Married to Medicine will get a third season, and Real Housewives of Orange County Season 10 (!!!!) is a go.

Oh, but that's not all! Bravo announced the return dates for some already-renewed shows. The second season of Newlyweds: The First Year will premiere March 10, Southern Charm Season 2 will begin March 16 (and a half-hour preview special will air March 9), and Million Dollar Listing New York Season 4 will kick off on April 8.

In Bravo scripted series news: Odd Mom Out will premiere June 8, and The One is currently in development. Here's the premise of The One (via Deadline):

A dramatic series that explores what it takes to succeed in the cutthroat world of billionaires and CEO’s through the eyes of those who are often overlooked…the assistants. A young woman and struggling street artist is hired to be the assistant to a visionary but enigmatic tech genius. The surprising relationship that forms between them begins to threaten everything the company has built.

I'm not not going to watch it.

OK. There's one more announcement. And it is the announcement that caused me to actually fall out of my seat. I wish I was kidding. When I read this news, I kicked back in my chair with such force that I lost my balance and crashed to the ground: Shahs of Sunset is coming back!

The original Season 4 premiere date had been pushed back indefinitely after the editors' strike, but now it is set to return on March 2.

More like this
Everything To Know About A Potential 'Bling Empire: New York' Season 2
By Gretchen Smail
Everything To Know About 'Selling The OC' Season 2
By Brad Witter
'Succession' Season 4 Will Be An "Absolute Banger" According To Cousin Greg
By Bustle Staff
'Ted Lasso' Season 3 Might Be Its Last
By Zosha Millman and Grace Wehniainen
Get Even More From Bustle — Sign Up For The Newsletter
From hair trends to relationship advice, our daily newsletter has everything you need to sound like a person who’s on TikTok, even if you aren’t.