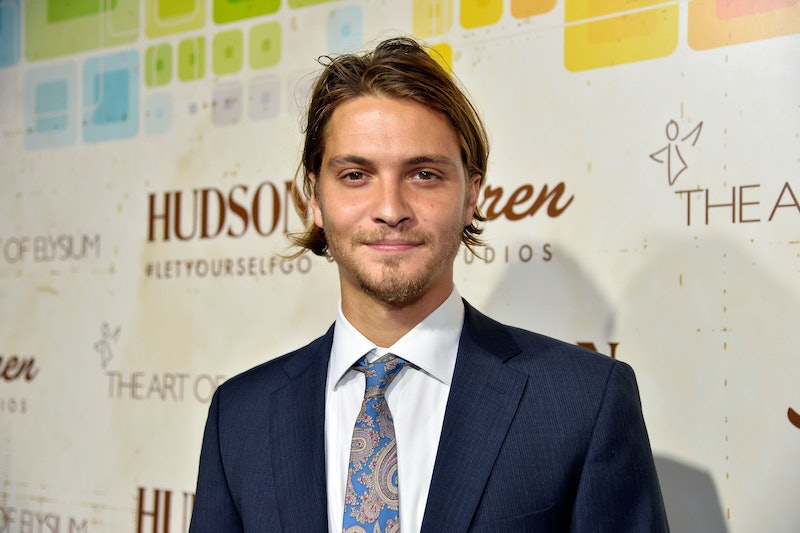 If you don't know who Luke Grimes is, you soon will. The 30-year-old actor is already having a big year, and we're only two weeks into 2015. Grimes plays Marc Lee, a Navy SEAL, in Clint Eastwood's American Sniper, which is already getting rave reviews and for which Bradley Cooper has been nominated for an Oscar. And he is also going to be showing up on screens in Fifty Shades of Grey along with Jamie Dornan this Valentine's Day. (Ah, real romance.) He's still an up-and-comer, so not much is really known yet about Grimes' personal life. But that doesn't stop us from asking: who is Luke Grimes dating?

A little Internet digging reveals that Grimes has been going out with actress Gillian Zinser since at least 2012. Zinser is a 29-year-old actress who played the role of Ivy Sullivan in the 90210 reboot for four seasons, but she didn't sign back on for the fifth. Though she's had a few small parts since The CW show, including a role in Jake Hoffman's (Dustin Hoffman's son) first indie feature, Asthma in 2014, she's got two films slated to come out in 2015, Halfway and Worthy.

Grimes and Zinser have been spotted out more than a few times at the beach, getting groceries, and generally being in love. Though she doesn't post a lot of photos of Grimes on her Instagram, it is pretty clear that she loves art almost as much as she loves the ocean. (So many beautiful beach pictures!)

So who else did Grimes pair up with before his relationship with Zinser started? Well, it's mostly a mystery. There were some rumors flying around that he was seen with Charlize Theron in December 2013 holding hands and getting lovey-dovey, but that was squashed pretty quickly.

Besides Zinser, Grimes has been pretty successfully private about his love life. Unfortunately that's probably a luxury he's going to lose this year since his star is on the rise, but at least he's got a talented and beautiful girlfriend to walk all those imminent red carpets with him. Plus, she's super stylish, so that's a point in Grimes' corner.