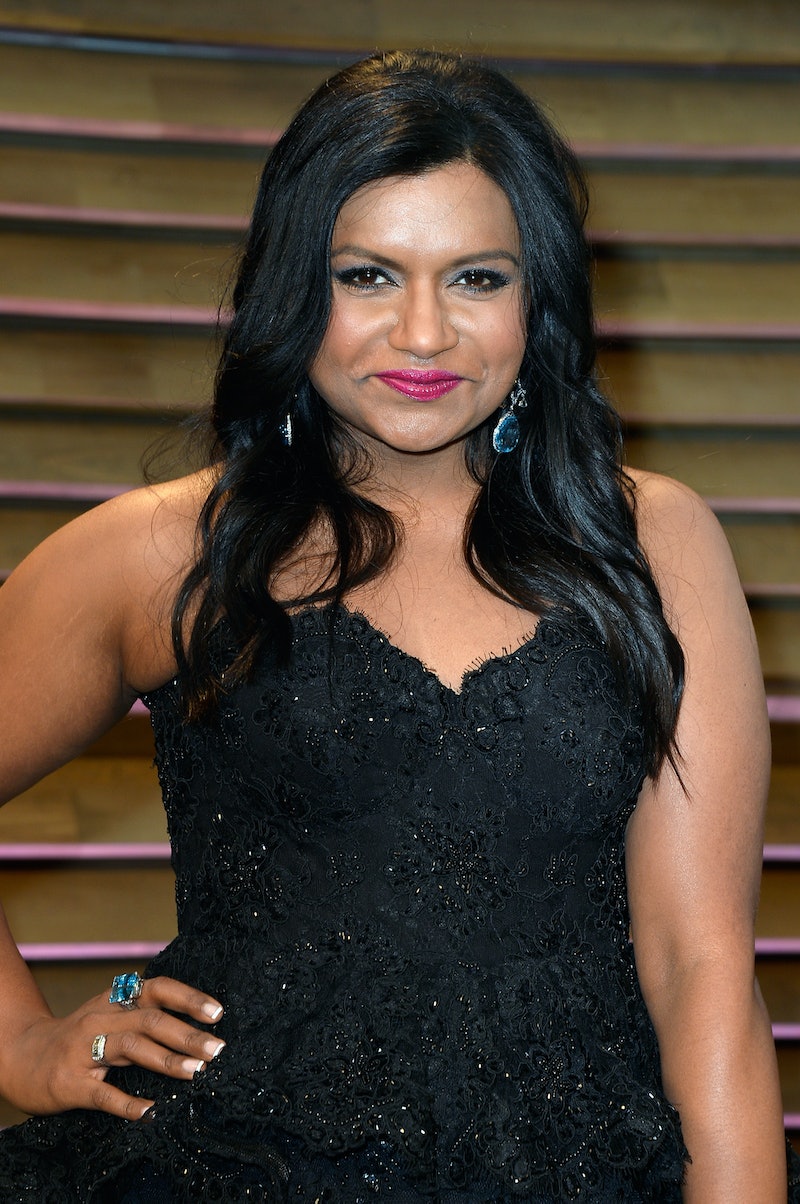 I think we have a new festive decoration on our hands that everyone is going to want to purchase, stat — especially if you're an awards show fanatic. Ever since The Mindy Project's Mindy Lahiri showed her boyfriend Danny Castellano her holiday-themed "Wreath Witherspoon", the extremely talented and hilarious actresses, Reese Witherspoon and Mindy Kaling, have been sending each other photos over social media of their own versions of "Wreath Witherspoon". For example, on Sunday, Witherspoon shared with the world that Kaling sent her an Oscar-themed "Wreath Witherspoon", and, yes, it's as amazing as it sounds. Obviously, this was Kaling's way of saying congratulations for Witherspoon's Oscar nomination for Wild. She's such a kind-hearted woman.

As you can see below, it's a beautiful flowery wreath with gold Oscar statues spread throughout, plus a photo of Witherspoon. You know what's even more fantastic? Witherspoon has it on her actual front door! For real. Way to go, Kaling!

Now, I could go on and on and about how wonderful these two women are and how I want my own "Wreath Witherspoon," but I think it's time we focus on something much more important, like when are Kaling and Witherspoon going to star in a movie together? Better yet, when is Witherspoon going to appear on The Mindy Project? Obviously, these two don't even need to be in the same room to show off their talents and can communicate beautifully through the tool that is social media, so imagine if they actually shared the small or big screen together. I can already hear the applause and the ratings soaring.

Kaling, work your magic and get Witherspoon on your show as soon as possible! Then, you two can have a craft party and make some wreaths together.