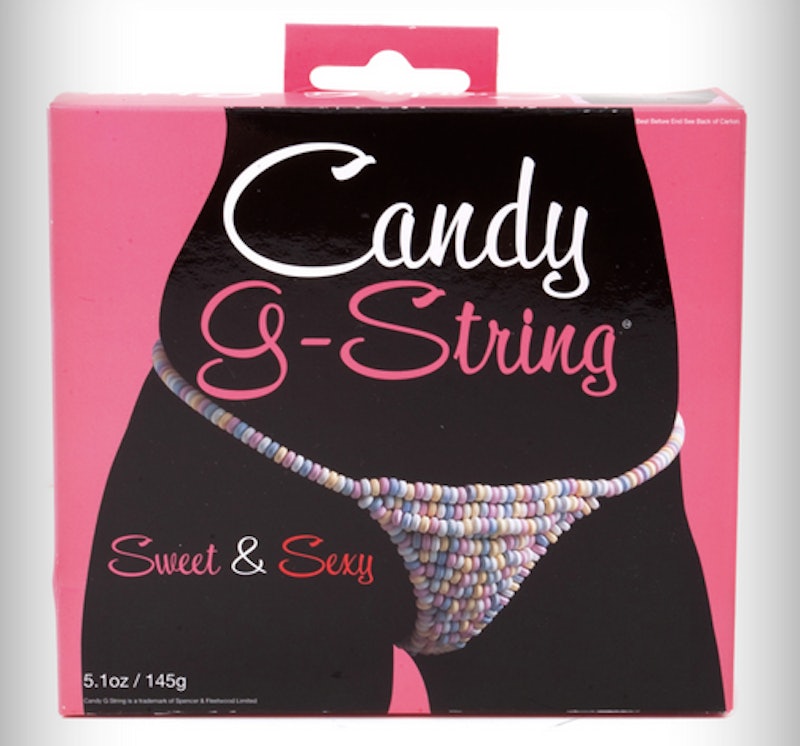 I don’t do sexy well. My best attempt usually comes in the form of a half-joke after my husband, Jack, says something innocuous. Him: “Did you charge your phone?” Me: “Oh baby, I’ll charge anything you want.” Or, him: “We need lightbulbs.” Me: “Oh baby, you can handle my bulbs, anytime.” Then Jack laughs/rolls his eyes/points out the defense mechanism that is making a joke of intimacy, and we get back to whatever we were doing. The one time when I asked — sincerely — that he talk dirty to me, I caught Jack so off-guard that he recited a poem by the 18th century Scottish poet Robert Burns, about what it means to be a man. Oddly enough, it was sort of a turn-on.

I have tried seduction the old-fashioned way: I once cooked a meal wearing an apron and high heels and nothing else. But when Jack came home from work and saw me standing over my casserole, he laughed hard enough for me to get angry, until I gave in and joined him. Laughter has always been our go-to aphrodisiac.

So you can see how I might not be the best tester of edible underwear. Normally, I’d have too little confidence in my sex appeal and too big a blush-reflex. But in the spirit of the season, I decided to give it the old college try. Maybe this will be the thing that lessens the levity, I figured, and turns me into the bedroom goddess I’ve always secretly wanted to be. But first, like any good goddess in training, I did my research.

Edible underwear was invented in 1975 by two young entrepreneurs from Chicago, David Sanderson and Lee Brady. They called their product “Candypants,” and made about $150,000 a month in profit. Almost immediately, the garment became arguably the most divisive novelty item in American history. Al Goldsten, who The New York Times would later credit with bringing hardcore pornography into the mainstream, incorporated Candypants into his First Amendment defense when his dirty magazine Screw landed him with obscenity charges. Meanwhile, on the Late Show With David Letterman, the Polish-American novelist Jerzy Kosinski called edible underwear the “essence of American freedom.” But a character in this same author’s best-selling book Pinball questions its efficacy:

"Domostry tried to imagine himself eating such panties off Andrea. Why, he asked himself, if he were aroused by her, would he want to waste his time eating her panties? Wasn’t eating underwear in itself time consuming? And what would Andrea be doing when he filled up on her banana, cherry, or butterscotch panties? Watching him chew?"

Today, the offerings may have expanded (beef jerky briefs!), but the same questions persist, and the product is no less controversial — at least not when lingerie shops in Louisiana are accepting food stamps in exchange for tasty unmentionables, and women on social media are selling licorice thongs “only worn once.”

So — in the name of science and a sex life more serious — I looked up the website for the nearest sex shop (excuse me, “romance boutique”) and saw vibrating panties, crotchless cage-back panties, and something called shock therapy pleasure panties (commence the blushing), but nothing of the edible variety.

Fortunately, my sister happened to be at the closest mall where, I realized, a Spencer’s gift shop offers what I’m after. I tried to put out of my mind the idea of purchasing lingerie from an establishment that also sells the Fart-O-Nater-Extreme machine, and asked her to pick me up a few pairs. That evening, we met up at my mother’s house. My sister handed me the panties and my mom handed me a box of my favorite Girl Scout cookies because, well, that’s what moms do. I put everything in the same bag and stuck it in my purse.

Later, at dinner, I whispered to Jack in my sultriest, least comedic voice to hold off on dessert, because that was waiting for him at home. But when I told him it was not, in fact, a slice of his favorite banoffee pie (womp, womp), he ordered a brownie sundae and we stuffed ourselves. By the time we got home, we were too far into food coma territory to make love. I shoved my bag onto my nightstand, reverted to my MO of making silly jokes, this time about all of the “sweet” coitus we were going to have in the morning, and went to sleep.

But there’s a problem with foreplay in the harsh light of day. To begin with, you can actually see the label of your edible underwear box. I tried to look sexy as I pulled on option number one: The itty-bitty, hard-candy panties with the cute rainbow pattern that cost $10. But I was instantly distracted. Never mind the list of unpronounceable ingredients, I was stuck on the fact that one g-string is equal to 14.5 servings of candy. 14.5! That means if you consume the whole thing — which tasted, by the way, like a tooth ache — you’re eating over 100 grams of sugar and 565 calories. You know what’s not sexy? Calculating that figure out loud to your lover while he’s trying to nibble at your pelvis.

Option number two — the chocolate-flavored thong for $5.99 — was less egregious, at least in the serving-size sense (only one portion here), but more aesthetically offensive. Think translucent Fruit Roll-Up that sags when you wear it. And then there was the flavor. It tasted like plastic bag, or “death and Robitussin” as some reporters over at The Daily Meal so aptly described it. The packaging said the more you lick it, the better it becomes, but all that seemed to happen when Jack followed directions was that everything became more sticky. And pink. And death-like. You know what else is not sexy? Knowing that your husband, while munching on the bow at your hip, is secretly dreaming of an egg and cheese sandwich.

I was over it, too, by the time we moved on to the third option — crotchless, strawberry-flavored gummy panties for $7 — and it was pretty clear that no love-making was going to happen before breakfast, anyway. So we skipped over this pair’s whole “assembly required” bit. I’ve never attached the strings to my own thong, and I saw no reason to start now. Instead, we both took a bite of the sugar-crusted triangle right out of the box. Or at least we tried to. “Gummy,” I realized, is merely a euphemism for “rubbery.” Jack spit a chunk of it out on my chest. (Again, not sexy.)

Finally, I grabbed the Girl Scout cookies off of my nightstand. Jack cracked a joke about my preference for the exact opposite (on the wholesome scale) of edible underwear. And then we laughed. Because the truth is, if you’re lucky enough to have laughter be a part of your bedroom routine, you’re doing okay. And the only gravitas that candy panties will add to your sex life is perhaps a significant dose of fear. (I don’t know what it is, but I’m pretty sure Hydroxyproplmethylcellulose is wreaking some type of havoc on your stomach.)

So, this Valentine’s Day, I think I’ll stick to my cotton boy shorts. Unless someone invents some type of cookie thong, that is, because I could be a total sex goddess in Thin Mints.