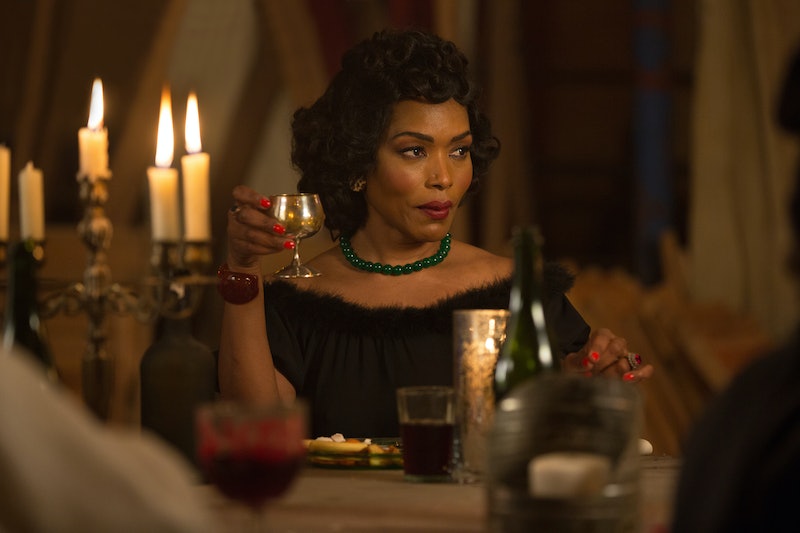 Let me just start off by saying that I am a huge American Horror Story fan. I'm talking diehard type stuff here to the point where I obsess over every possible AHS connection until I'm blue in the face (not to be confused with Bloody Face, mind you). And while I admit that Asylum is my favorite season thus far, it lacked something — or rather someone — who has come to be quite the horror staple over the last two years. I'm, of course, referring to the legendary Angela Bassett. From a Voodoo Queen in Coven to a three-breasted woman in Freak Show, Bassett has hypnotized us with her talents to the point where we never want to let her go. So given that this FX thriller has been renewed for another season, one can't help but wonder if Bassett plans on returning to AHS for Season 5.

I know I, myself, sometimes take it for granted, but this series does not lock its actors in with multiple-year contracts given that the show and its characters are in a constant state of flux. So most, if not all, are done from a season-by-season basis, which means any of them could decide to leave after any given season and never return. Not very reassuring, right? Thankfully, most of the cast members are just as crazy about the show as we are, making them want to come back as often as possible. However, you never know if their schedules will always warrant such freedom, especially in regards to someone with Bassett's acting chops.

That being said, though, I'm fairly confident that we'll be seeing this star again on FX next fall. Granted, nothing has been confirmed yet and Bassett herself has remained quiet on the matter thus far, but her positive attitude toward the show in general makes me confident that she doesn't plan on going anywhere anytime soon. For starters, she is always quick to praise her AHS costars whether it be during interviews or on social media. Not to mention how active she is during the actual episodes, tweeting live to both her fans and castmates.

Does that sound like someone who is unhappy with her work environment? In fact, she may even be hoping to take on more of a starring role next year if Jessica Lange follows through with her departure plan. (Consider that to be the only silver lining in a very, very dark cloud.) But just in case you're having a hard time recalling just what makes Bassett's AHS presence so great, I've taken the time to round up a few examples below. Enjoy!

Her Facial Expressions Are Unsurpassed

No words are needed. But when she does choose to use them…

Her Line Delivery is Sensational

If Angela says it, it must be true.

Not to Mention Jessica Lange Approved

And really, is there any higher form of regard?

So Come Back Next Season, Bassett