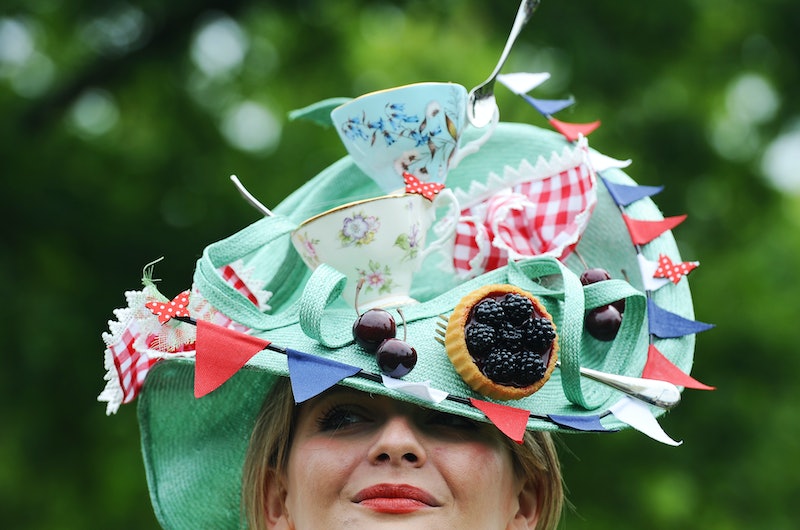 More often than not, when we think of accessories we immediately think of the big three: Handbags, shoes, and jewelry. When I’m getting dressed in the morning — after I have chosen what I’m going to wear, of course — I’m most likely going to throw on some jewelry, pick out a pair of shoes, and then stuff all of my daily necessities into a proper purse. If it’s winter, perhaps I’ll grab a scarf and some gloves for extra protection against the wind shield and cold temperatures. If it’s summer, maybe I’ll pick out a pair of sunglasses. But for some reason or another, there’s always one accessory that somehow gets neglected amongst the rest: Hats.

Compared to the practicality of shoes and handbags, it’s easy to consider hats an afterthought. Everyone needs footwear to walk in, and bags store all the things you would otherwise have to carry individually. That being said, hats are plenty practical when they’re protecting your head from heat, cold, or rain. Plus, they’re major styling pieces. Spring 2015 ready-to-wear collections by Saint Laurent and Max Mara both had models strut down the runways with headgear. So maybe the trend is a-coming back.

If the endless jokes about royal headgear and the recurring headlines of Pharrell’s Buffalo hat have taught you anything, it’s that hats have the ability to make a statement. Whether they’re a unique Philip Treacy topper, a vintage baseball cap, or an original Coco Chanel (yes, she began her fashion career as a milliner designing hats!), hats have an effortless nature that can communicate and elevate style, and also reveal a lot about the wearer. While different types of hats have different types of personalities, the same is true when someone puts one on their head. Not quite like the "thinking cap" your second grade teacher used to tell you about, but more like a beret that makes you feel like a French spy or a red, square plaid hunting hat that makes you feel like Holden Caulfield from The Catcher in the Rye.

While there are so many different varieties of hats, here are the 14 types that not only inspire but also encourage you to try your own hand at the classics. You never know which one might suit your fancy.

Who better to be inspired by than our very own President? President Barack Obama looks stylin' and profilin' in his FBI baseball cap, and his big smile perfectly complements the laid back, casual vibe baseball caps exude. They're easily one of the most accessible hat types on the market, but if you can't find a hat that you love in stores, ask a man in your life if you can borrow one of his. They're guaranteed to have at least three in their wardrobes.

Beanies have a frightening ability to either ruin or improve your hair situation. Because of their snug fit around the head, beanies are usually for fans of people who like to sleep in a few more minutes instead of tending to their hair. That being said, if you have long, wavy hair and you're looking to try something different, a bright, pretty beanie might just become your new best friend. Although there's no guarantee you'll look as adorable as JT.

Ralph Lauren's fall 2014 show featured a gorgeous-as-usual Karlie Kloss walking down the runway in a completely white ensemble, from head to toe. But really, not only were her shoes white, but so was her classic beret. While I'm confident you can rock this hat in any color or pattern you desire, just make sure you cock it to one side. It's not a beret unless you wear it like a beret. And don't be afraid to practice your French, either.

It is easily to call off boater hats because of their name. "Why would I ever wear a boater hat, I'm not a boater." While I'm sure that's exactly what you're thinking, I encourage you to take another chance on these toppers. Their flat top and flat brim, usually made of straw or a similar material, provide for a sleek look alongside structured clothing pieces, and even with a preppy style.

Bucket hats have endured a lot of flack. While they may often be made fun of or lumped into the "equally as embarrassing as fanny packs" category, they're making a comeback. Even Samuel L. Jackson is into the fact that bucket hats are light, airy and practical when spending a day in the sun and needing fun head protection. Round sunglasses are optional.

As if Prince Harry weren't already dashing enough, just check him out in this classic bowler hat. While this hat is correctly identified as a bowler — with a round and slightly larger top, and an upturned brim — quite often people will misuse the term to describe either fedoras or pork pie hats. While bowler hats might be on the more formal side, they're quite the cheery and charming piece. Plus, they'll come in handy if you ever do marry Prince Harry.

Most commonly confused with beanies, bobble hats feature something of a poof at the top. These hats are, quite honestly, the cutest and most adorable out of the bunch. Ideal for jazzing up a winter weather ensemble, bobble hats are easy to come by and are designed in lots of shapes and sizes. Currently, I'm a big fan of faux fur bobbles on a neutral-colored knit base.

Another type of straw hat, chupallas are of Chilean origin and take the same form as a boater hat but have a distinctly wider brim. While I admit you probably have never heard of a chupalla before, and will probably never hear of one again, I note them because many of the modern styles of hats — especially those seen more recently — take the shape of chupallas. Chiara Ferragni of The Blonde Salad just recently shared a photo of herself in a wide brim hat very similar to a chupalla. If only it were made of straw...

Doesn't this photo give off the impression that you would not be surprised in the slightest if Kate Middleton started talking in a Southern accent? While I'm sure the Duchess doesn't normally don a cowboy hat, they certainly suit her. Arguably one of the most recognizable hat forms, cowboy hats may have originally been designed to keep the sun out of American cowboys' eyes while they worked on farms, but they can easily be accompanied with bohemian, natural styles.

Ah, the infamous fedora hat. Fedoras most commonly have shorter brims and folded tops, and a silk ribbon around the base. It's easy to call any suede, soft hat with a ribbon a fedora, but their distinct swallowed tops are what make them so different from other hats. There's no doubt that fedoras can take an outfit to the next level, so don't be afraid to buy one the next time you see one staring you down.

Admittedly very similar to fedoras, pork pie hats carry the same effortlessly chic aura. That being said, these hats are usually more embellished and accessorized. Pork pie hats can carry brooches, pins, or feathers, typically only complementing the upturned brim and flat top. If you're a fan of fedoras but hate the rep that goes along with them, just call your fedora a pork pie hat. You have my permission.

While everyone would love to look as adorable as Katy Perry wearing a sailor hat, it's not a very practical look. Unless you drive boats for a living — or are Katy Perry — you're probably going to avoid sailor hats. That being said, they're a perfect excuse to be a sailor for Halloween. Hey, it's never bad to plan early. Right?

Top hats aren't only for Abraham Lincoln! Although props to him for giving the hat a pretty cool legacy. While you may feel presidential or "like a virgin" — sorry, Madonna — top hats are undeniably classy and cool. Most often worn ironically, they simply have so much potential — especially within a rock 'n roll meets punk context.

No need to rub your eyes. Yes, that is Jay-Z with Queen Beyoncé — you bet it — wearing an ushanka. While you probably identified an ushanka by simply calling it a fur hat, the true name will only bring out your terrible Russian accent. But who doesn't want that? Plus, if Jay-Z can rock a brown ushanka, you certainly can, too. The only thing better would be if Beyoncé has a matching one.

So next time you’re leaving the house with your shoes on, your bag packed and your jewelry in place, try to incorporate a hat into your look. They may get left behind often, but they mustn't be forgotten.

More like this
Phoebe Dynevor Serves ‘Bridgerton’ Underboob In Stunning Floral Gown
By El Hunt
Harry Styles Has Become An Accidental Vinted Model
By El Hunt
J.Lo's Micro-French Manicure Has A Fun, Sparkly Twist
By Olivia Rose Rushing
The Biggest Fashion Moments Of Paris Couture Week 2023
By Dominique Norman
Get Even More From Bustle — Sign Up For The Newsletter
From hair trends to relationship advice, our daily newsletter has everything you need to sound like a person who’s on TikTok, even if you aren’t.