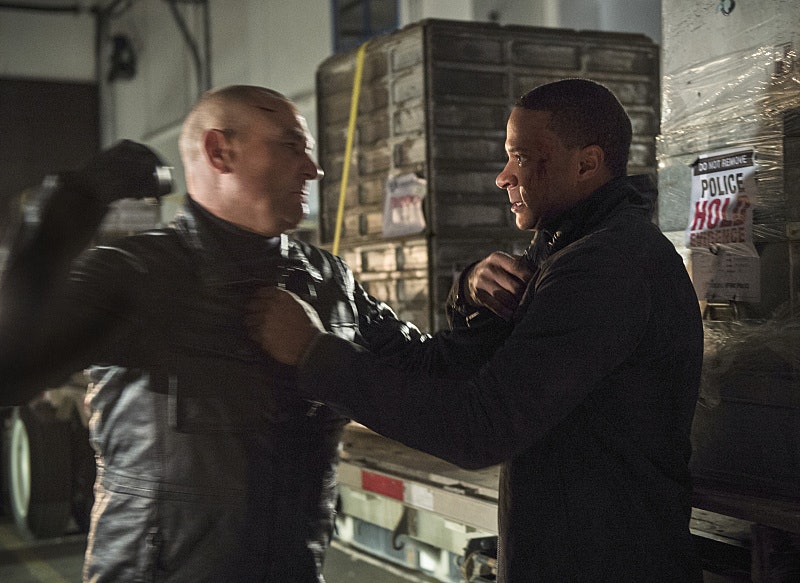 How do you think Oliver's going to feel when he learns that one of his favorite enemies stopped by Starling City and he wasn't even there to see him? Even though Oliver won't be around to entertain him, Danny Brickwell, aka Brick, is coming to Arrow — and the city better be ready for him. Brickwell is a long standing nemesis of Green Arrow in the comics, so prepare for mayhem, even though the Arrow won't exactly be involved (because of that whole, "dead" thing). Just who is Danny Brickwell in DC Comics, and why does he hate Oliver so much?

In the comics, Brickwell is described as a metahuman with actual powers. He's got super strength and is deemed invulnerable, basically like a brick wall. However, since the character is appearing on Arrow and not The Flash, I imagine he'll simply be portrayed as a big, strong, tough guy. Arrow has so far strayed away from any sort of metahuman involvement, leaving that "impossible" factor to its Tuesday night counterpart. As Variety first reported, Brickwell will be played by Vinnie Jones, who is in fact a big, strong, tough guy. According to Variety, the character got the name "Brick" because "he's been shot at many times, but never put down." Makes sense.

On the show, we'll see that Brick is a gang leader, which has been translated right from the comics. He started off as a low level thug, but since he can basically survive anything, when everyone else started to die off, Brick outlived them all. He also got pretty chummy with another one of Green Arrow's enemies, Deathstroke, and actually hired him to blow up Green Arrow's house.

Strangely enough, Brick is (almost) killed in the comics, by none other than a character we've already seen on Arrow: Cupid. She kills him with a giant wrecking ball and presents his body to Green Arrow as the weirdest and most twisted gift ever. But somehow Brick survives, escapes from Star City, and continues his murder and mayhem elsewhere in the country.

Though Brickwell is just popping up in Starling City now, still sans Oliver, he's actually been mentioned before by Oliver on Arrow. He was referenced in first two episodes of the series, because Brickwell is a name on Oliver's list of guys who have failed Starling City. So, Oliver might have been preparing for this guy all along — even though the Arrow may not be around to fight him.