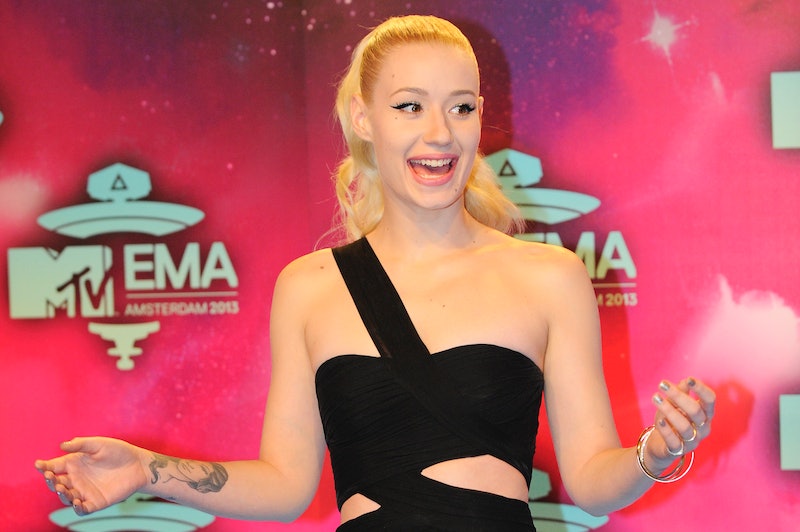 Tumblr is a universe all its own. A part of and reacting to the "mainstream" world, yet simultaneously wholly separate, it basically declared itself in large sections a proud subculture right around the time Benedict Cumberbatch's face started spreading around it like wildfire — and long before Cumberbatch's face and name spread to the entertainment industry's top echelons. And so what Tumblr finds worthy of discussion has long been of interest, but only relatively recently of interest to more than just the people actually taking part in that discussion on Tumblr. Tuesday Tumblr unveiled "Fandometrics," designed to chart pop cultural conversation on the microblogging platform. And some of the chart's top names are pretty revealing about what Tumblr values and buzzes in contrast to more mainstream subsets of the zeitgeist. What's more, some of the names are probably not present for the reason you might think they are.

The result of years of the site being considered by many to be a home for the rapid, rabid consuming of said culture, Fandometric's homepage shows you the most talked-about actors, shows, musical acts, and general celebrities on the platform, based on what users are talking about. It calls itself a "pleasingly scientific ranking of fandom on Tumblr." The results were, of course, surprising: somehow, Sherlock isn't the site's most popular series despite Benedict Cumberbatch's presence (the most popular series, instead, is The Legend of Korra) and 5 Seconds of Summer actually beat One Direction for top boy band. I don't know about you, but I don't know what to believe anymore!

Here are some notable bits from Tuesday's rankings, with some obviously subjective analysis by someone (...me) who spends more than her fair share of time observing the site:

Iggy Azalea's Probably Not There Just For Her Popularity

I have no doubt that there are a lot of people who use Tumblr who stan Iggy Azalea. They probably contributed a bit to the rapper's #20 place on Musical Acts chart. But on top of her undeniable load of fans, Azalea also has another thing that could get her mentioned on Tumblr a lot, and that I suspect put her in that #20 slot: A whole lot of critics. On top of fandom, Tumblr's also known for its large of socially conscious people. A lot of those socially conscious people reblog a lot of things critiquing Azalea's particular place in the music industry. If you think this woman is at the center of a lot of flack and feud on Tumblr, I suggest you scroll through her Tumblr tag. Because, well, oooh boy. There are some conflicted emotions and mixed messages in that tag.

How often do you see the band 5 Seconds Of Summer in the headlines? Not all that much, but trust: They've got about five other bands' fair share of a devoted following. One Direction, a band who is much more of a household name, comes in behind them on the charts.

Surprisingly, Taylor Swift, more of a household name and a blockbuster musical act than the both of them, comes in third behind them. It's a helpful reminder: Just because you don't necessarily hear about something in your daily pop cultural life doesn't mean it's not happening and happening big.

Ratings Do Not Rule the Day In Tumblr Fandom

This one's hardly a secret: Fandom has hardly ever been ruled over by an antiquated ratings system. But the most talked-about shows on Tumblr are also not exactly the ones more mainstream sects (or networks) would consider zeitgeisty. There's nary a Shonda Rhimes-produced show on the list, for example. But timeliness and what I'll call "group livewatch culture" is certainly present: The Golden Globes take up the number one spot. After that is Legend Of Korra, followed by Supernatural, the under-performing Agent Carter, and Glee.

We can learn a lot from what Tumblr loves to talk about. For one, there's a lot more to pop culture than the shows and people who attract the most headlines — though Tumblr's proven good at predicting who those people will be.