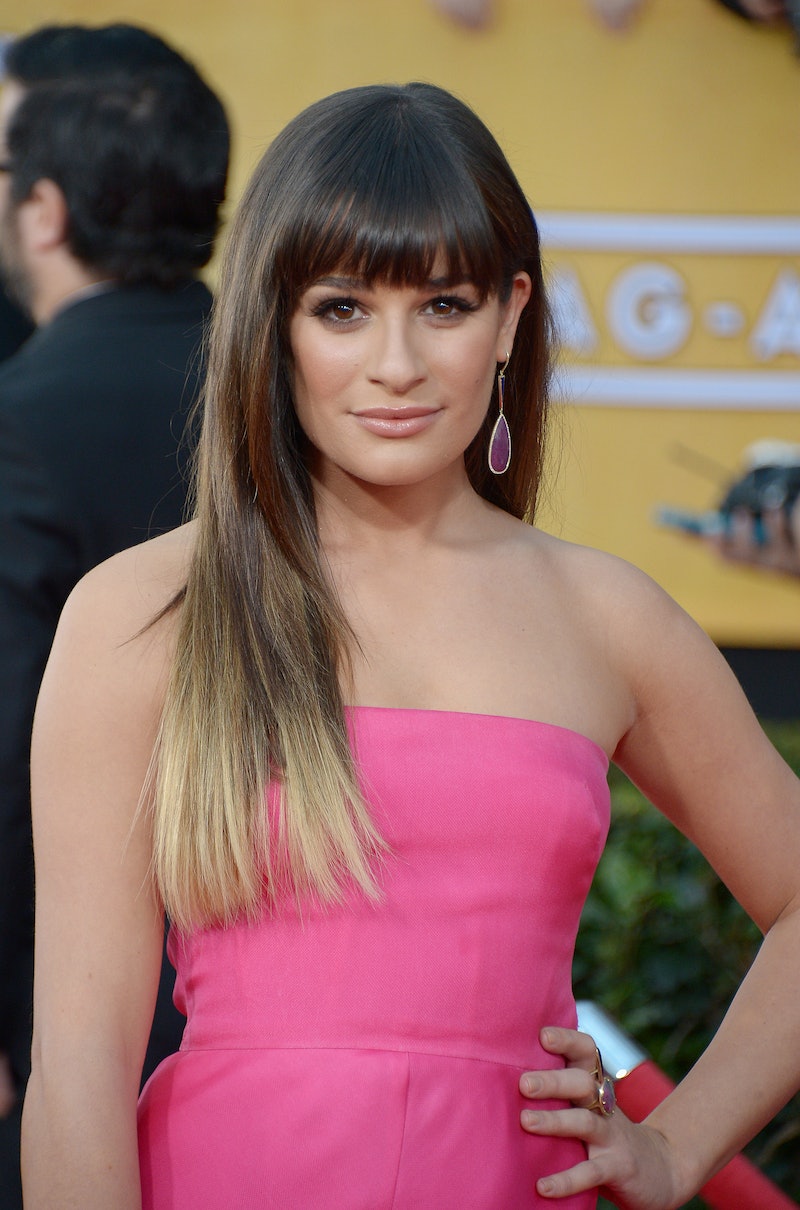 Lea Michele is used to standing ovations thanks to her powerhouse pipes made famous on Glee. But today, it's not Rachel Barry's solos that are getting the rave reviews — it's Michele's brand new short hair! That is, it would be getting rave reviews if it happened to be real.

Yesterday, when the actress tweeted a pic of her and her Glee castmate Becca Tobin, everyone flipped for the short and, yes, flippy bob Lea was rocking. It seemed to fit right in with the lob craze that has been sweeping the celeb world as of late. But, it turns out that singing isn't Lea's only major talent — she's a pretty great prankster, too!

After the perpetual freak out over Michele chopping off her long, chocolate brown mane, she posted another pic showcasing her her flowing locks still intact! and the caption "Breaking News! She really didn't cut her hair folks!" You got us, Lea!

The actress has undergone something of a hair evolution throughout her years at McKinley High, from her straight and preppy wholesome look in the first season, to her big bang fringe, to sexy tousled locks. She's no stranger to switching it up a bit, so there's no reason why we shouldn't have believed that this was her biggest change yet!

It's too bad, too, because that shorter 'do really works on her.

More like this
Why Sarah Jessica Parker Wanted Fans To Stop Calling Her Hair Choice “Brave”
By Brad Witter
The Secret To Taylor Swift’s Fringe, According To The Experts
By Orla Pentelow
Kim Kardashian Chopped Her Platinum Hair Into A Lob
By Olivia Rose Ferreiro
How To Style Your Hair For A Festival, According To Maya Jama’s Hairstylist
By Tomi Otekunrin
Get Even More From Bustle — Sign Up For The Newsletter