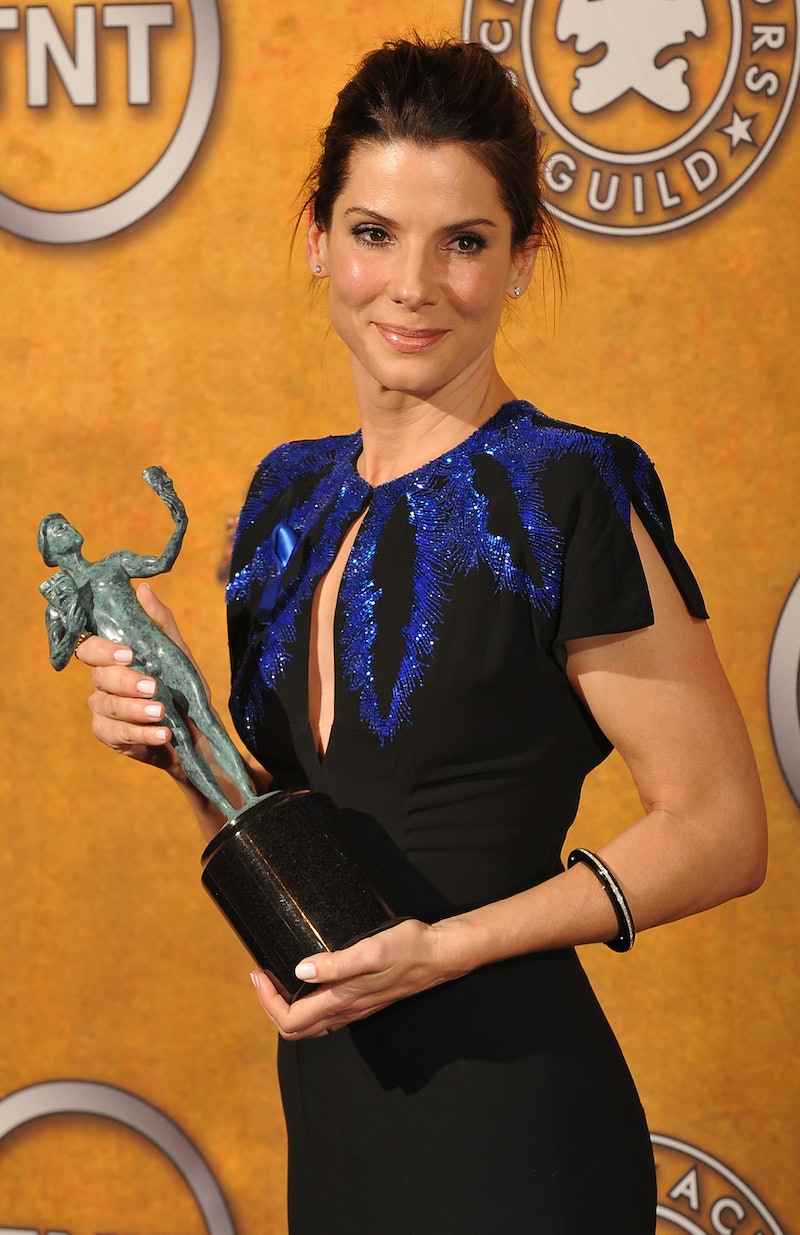 There are a few awards show conventions any entertainment buff knows to be true. There is always a red carpet beforehand on E!, often hosted by Giuliana Rancic, and occasionally the super delightful Ross Mathews. There are always long-winded acceptance speeches that we could all do without. And there is always a host, right? Wrong. Most award shows decide to have a host, and while it can be a wonderful thing when it's done correctly (see: Amy Poehler and Tina Fey hosting the Golden Globes), occasionally hosts can cause more harm than good. You know, like awkward jokes that make us cringe or always seem to miss the mark. And, of course, hosts' often lengthy monologues and interludes take precious time away from the awards and their recipients. As it turns out, this is the exact reason why the SAG Awards don't have a host.

In case you didn't already know, the SAG Awards are all about the nominees and winners, because at the show's core, it's a televised, super glam office party where actors reward their peers for working hard all year. This, SAG producer Kathy Connell explained in a blog post, is why they've chosen to shirk tradition and go host-less.

"We chose to not have a host was because we didn’t want the time taken away from the people we were honoring. Our show is just two hours long. We wanted the whole evening to be about the actors and not about one personality."

Actually, that's pretty refreshing. While award shows are some of my favorite TV events, they can often get a little boring and repetitive, and shows that go against the norm like the SAGs are like a breath of fresh air every year. And I totally see what Connell means about them adding to the length of the show. When awards shows pass that two hour-mark, I tend to tune out, if not fall asleep altogether. It's just too much — especially on a Sunday night.

Awards shows aren't (and shouldn't be) about celebrating the host, who's merely there to be entertaining and keep the night moving along. The people who have been nominated have worked really hard to be honored in this way, and we should definitely give them our attention and the praise they clearly deserve instead of focusing in on how fabulous the host looks every time they put on a new outfit.