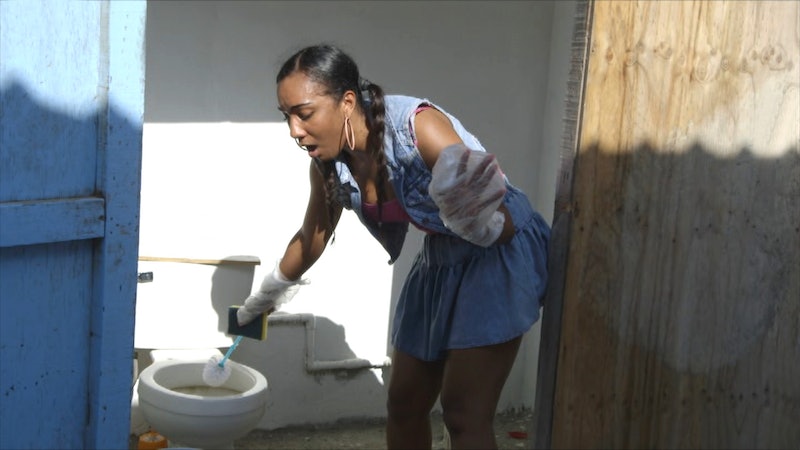 Despite its Cabo setting, it won't be all tequila shots and sandy beaches on the upcoming third season of Preachers' Daughters, premiering Friday, Jan. 23 at 10 p.m. on Lifetime. During the six weeks that nine Christian girls traveled to Mexico to perform mission work, the cast was not only given the opportunity to help others, but also learn about themselves. At least that's the approach Preachers' Daughters' Cierra Vaughn, a 22-year-old Chicago native, took during the trip. "I know that there are a lot of less fortunate people out in the world, but I've never gotten the opportunity to go on a mission trip and actually see it first hand," Cierra tells me in an interview. "My goal was to become a more humble person...I wanted to see the world from another perspective."

Things didn't go the way Cierra thought they would once the trip began. "I expected to help a lot of people. I didn't think most of the girls were going to be as loud as they were," Cierra says. She later explains that she assumed she'd be the "oddball out," and the only girl who drank and liked to party, but that definitely wasn't the case. "I thought most of the girls were going to be more Christian than they were," she tells me. However the surprise wasn't necessarily a bad thing, in fact, she says "it made the trip more fun."

Cierra was looking forward to the nightlife that Cabo had to offer. She enjoyed, "going out in Cabo, being able to dance and let loose and not having to worry about getting up for work the next morning," especially since she holds a full-time job in Chicago.

But it wasn't all partying. In fact, Cierra had some difficulties adapting to life in Cabo. "When I walked off the plane, I felt like I walked into a volcano," she says of the hot weather. During the trip, the pastor that the girls worked with often reprimanded them for complaining about the conditions that millions of Mexican residents live in everyday.

Cierra learned a lot about herself from the trip, especially about being less selfish and giving more. "I also learned that I am a ticking time bomb, and I have a temper," she says, and explains that she's still working on that. "I do need to work on my drinking as well," Cierra adds. "I should probably slow down on that."

Aside from learning about herself, Cierra was given the opportunity to learn — and meet — other types of young women. One person who surprised her the most was 18-year-old Kristiana. "She is one of the girls I am the closest with and could relate to the most in the house," Cierra says. But she didn't bond with everyone the way she did with Kristiana. Lolly is one person from the trip that Cierra "would never be friends with in life."

"I've never met anyone like her in my life until I was in Cabo, and I'm glad I've never met anyone like her," Cierra says of her fellow cast member. "I'm upset that I had to run into her in Cabo, Mexico. It sucks that I had to live in the house with her for six weeks." It sounds like we should expect a lot of drama from Preachers' Daughters Season 3.