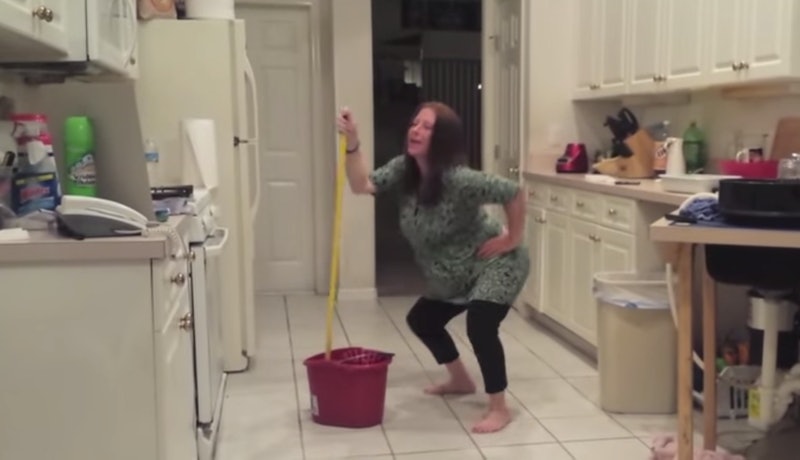 It's 2015 and I have stayed silent for too long, so I'm going to go ahead and call it: The twerking has gone too far. While I am more than fine with everyday, casual twerking, I have seen too many people twerk irresponsibly to have faith in our ability to continue deciding for ourselves when and where it's appropriate (or even safe) to twerk—and I'm adding this pregnant lady who twerked until her water broke to that list. I am partially doing so because I am jealous that she can get down like that with an entire human in her belly when I can't even walk without tripping on something, but I am also doing it so that potential irresponsible twerkers everywhere see the danger in its fullest form.

This pregnant lady is in the good company of many fellow twerking hall of famers, including the girl who literally fell out of a car twerking. But I guess there is a silver lining for this particular case: Now all the pregnant ladies in the world who have flown past their due dates have one other trick up their sleeves to induce labor. (I remember from the very scientific knowledge I gained from watching a Friends episode that these tricks also include long walks, spicy foods, and, of course, having sex with Ross.)

One thing is for certain: The progeny of this hilarious couple is probably going to lead the next generation of modern dance, because their dad clearly has good taste in music and their mom knows how to get down. Let's hope that by then we all have learned to twerk safely. Watch the hilarious video of the twerk-induced water breaking here:

More like this
34 Quotes That'll Inspire You On Juneteenth & Beyond
By Syeda Khaula Saad and Siena Gagliano
What Is A “Softboy?” The TikTok Term & Aesthetic, Explained
By Courtney Young
Why Are TikTokers Slapping Each Other With Tortillas?
By Courtney Young
Coastal Granddaughter Is The Latest Summer Aesthetic Going Viral
By Emma Garza
Get Even More From Bustle — Sign Up For The Newsletter