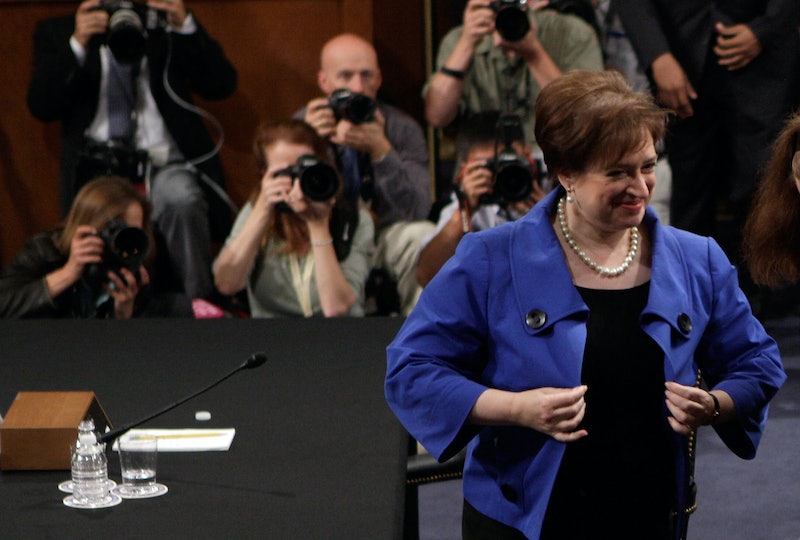 According to a recent post on Above The Law, the poorest Supreme Court justice has an estimated net worth of $330,000 to $700,000. Life must be hard for Justice Kennedy.

Americans have made a big deal out of the Supreme Court becoming more diverse over the years: from the first Jewish American justice (Louis Brandies) being appointed in 1916, to the first African American (Thurgood Marshall) in 1967, to the first female (Sandra Day O'Connor) in 1981, to the first Latino (Sonia Sotomayor) in 2009. And there is good reason for Americans to care. After all, the highest court in the nation needs a broad range of empathy in order to serve its citizens with due justice.

However, outside of race, sex, and religion, one particular metric of diversity is often overlooked: class. Time Magazine did do an article recently about the elite educational backgrounds of the current court, but the detailed list of estimated net worth of all nine judges on Above The Law is even more telling. A report from the Center for Public Integrity estimates that "at least five and perhaps as many as eight" of the nine Supreme Court justices are millionaires.

So what does this mean for the American Justice System? Possibly quite a lot. Let's just take a moment to think about the recent social issues the Supreme Court has made decisions about: ruling that human genes cannot be patented, invalidating Arizona’s proof-of-citizenship voter registration law, and, today, ruling that the Fifth Amendment does not apply to silence before arrest unless invoked. Are these issues that people from different class backgrounds might have different experiences with? Cost of healthcare: check! Immigration issues: check! Being targeted for arrest: check! Sure, we know personal biases aren't suposed to influence rulings, but judging by the fact we call certain Justices 'liberal' and others 'conservative,' we know background matters.

On a practical level, it's not very likely that there are many potential Supreme Court candidates whose net worth falls into low-income or lower middle class range, especially if presidents are looking for appointees who graduated from an Ivy League School. But that doesn't mean it doesn't matter.