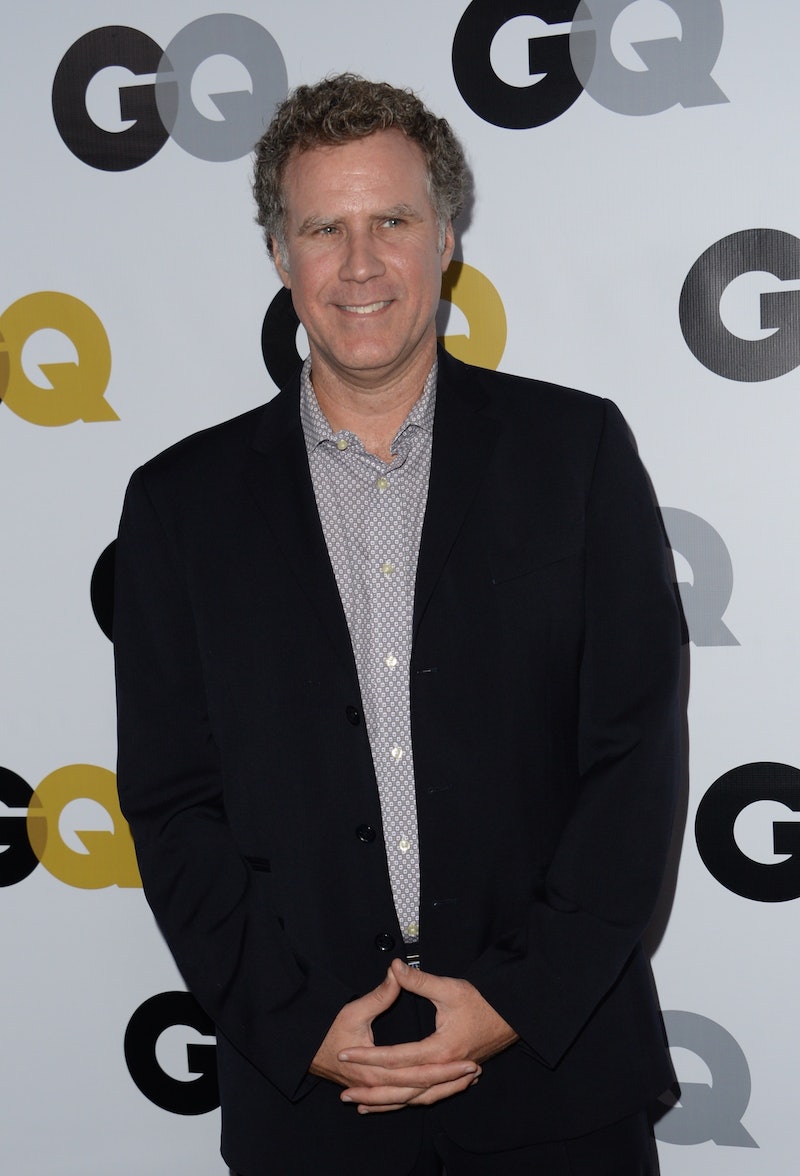 Will Ferrell pummeled a cheerleader with a basketball at halftime during the Pelicans-Lakers game on Jan. 22. Then, he fired off a purposefully bad half-court shot. Shortly after all the commotion, he got escorted out of the Smoothie King Center in New Orleans by security. But don't get too worried about his current mental state, or even the cheerleader's safety. Will Ferrell's shot at the cheerleader was all for a movie!

Yes, it's true. Basketball fans were treated to more than just an exciting and close game, with the Pelicans beating the Lakers, 96-80; they also got the chance to have an up close view of a scene from the upcoming comedy movie Daddy's Home. In the scene, Ferrell, who plays an uptight and mild mannered radio executive who is trying to be the best stepfather to his wife's two children, has the chance to make a half-court shot at a basketball game to win prizes. But unfortunately, his character becomes highly intoxicated in the scene and begins acting belligerent on the court, hence the pelt of the basketball at the poor cheerleader and the other shenanigans that followed.

And it seems like more comedy and conflict is sure to follow in the movie, especially since his wife's former freeloading husband, played by Mark Wahlberg, has entered the picture. After all, Wahlberg was spotted at the game holding a little girl who looked shocked and was hiding her eyes from the scene. Yikes!

Let's take a moment to appreciate the silliness of the scene, as the basketball fans watching probably did:

If this scene is any indication for how crazy the movie is going to be, one can only imagine what else will go down later. After all, Ferrell and Wahlberg have already been spotted filming another scene for the film while on a motorcycle together in December, also in New Orleans.

This basketball game was probably a fun chance for fans to get a real behind-the-scenes look at how a comedy movie comes together. And of course, many got to revel in the moment when Ferrell's character was carried off set after all the craziness went down. Hopefully fans in the New Orleans area will get the opportunity to see some more shenanigans from the movie, set to come out later in 2015. Filming is expected to last through Feb. 3, so keep your eyes peeled!