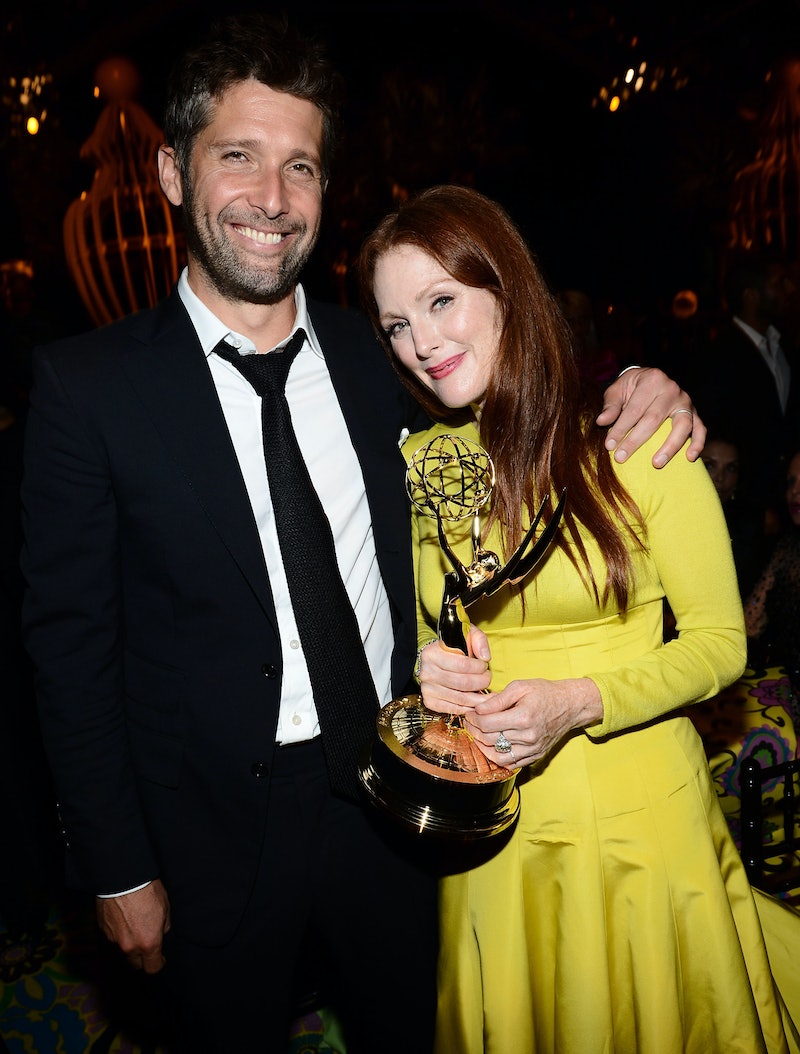 We have seen a lot of Julianne Moore this year and it's only January. Moore is nominated for every award under the sun which means that there's been a lot of talk about her and fans who surely want to know more about her life. So to start, who is she walking all of these red carpets with? Julianne Moore's husband Bart Freundlich has been her date to many award shows over the years, but who is he exactly?

To be honest, I never really knew much about him. Freundlich does not spend any time in the spotlight like his glamorous wife. He is a bit of a mystery, but there are some things we can learn about the leading man in Julianne Moore's life.

Part of the reason that Freundlich doesn't act "so Hollywood" is because he is far from it. In fact, he is the opposite: a New Yorker through and through. Freundlich was born and raised in Manhattan. He even went to New York University's Tisch School of the Arts and graduated with two degrees: one in Cinema Studies and one in Film and Television Production.

He Works In The Entertainment Industry

Freundlich might not be front and center, but he does quite a bit in the film industry. He's been credited as a writer, producer, director, and actor in 13 films. Very impressive.

His Wife Has Appeared In His Films

Freundlich met Moore when she read the script for their movie The Myth of Fingerprints. As she said while being honored at the Museum of the Moving Image,

When I read the script for [The Myth of Fingerprints], I met Bart Freundlich. I loved it, and I loved his story. But I never, ever, ever in my life imagined that making that movie would give me the personal life that I always dreamed of.

Aaaawww. How cute! In fact, Moore has appeared in many of her husband's projects including World Traveler and Trust the Man.

He Is Not Into Social Media

The first thing I look for when I want to find out information about someone is go through their social media accounts. I did this for Freundlich, but I did not unearth much. Sure, he has a verified Twitter account, but he has just two tweets and is only following seven people. I did notice that the first person he followed was Moore though and I find that adorable.

The director seems to be much more into his work than the celebrity lifestyle, but puts up with the Hollywood glamour for his wife and seems to have no problem doing so. It's great to see someone who is so personally and professionally devoted to his life partner, and now we know a little more about him aside from his role as Julianne Moore's red carpet date.