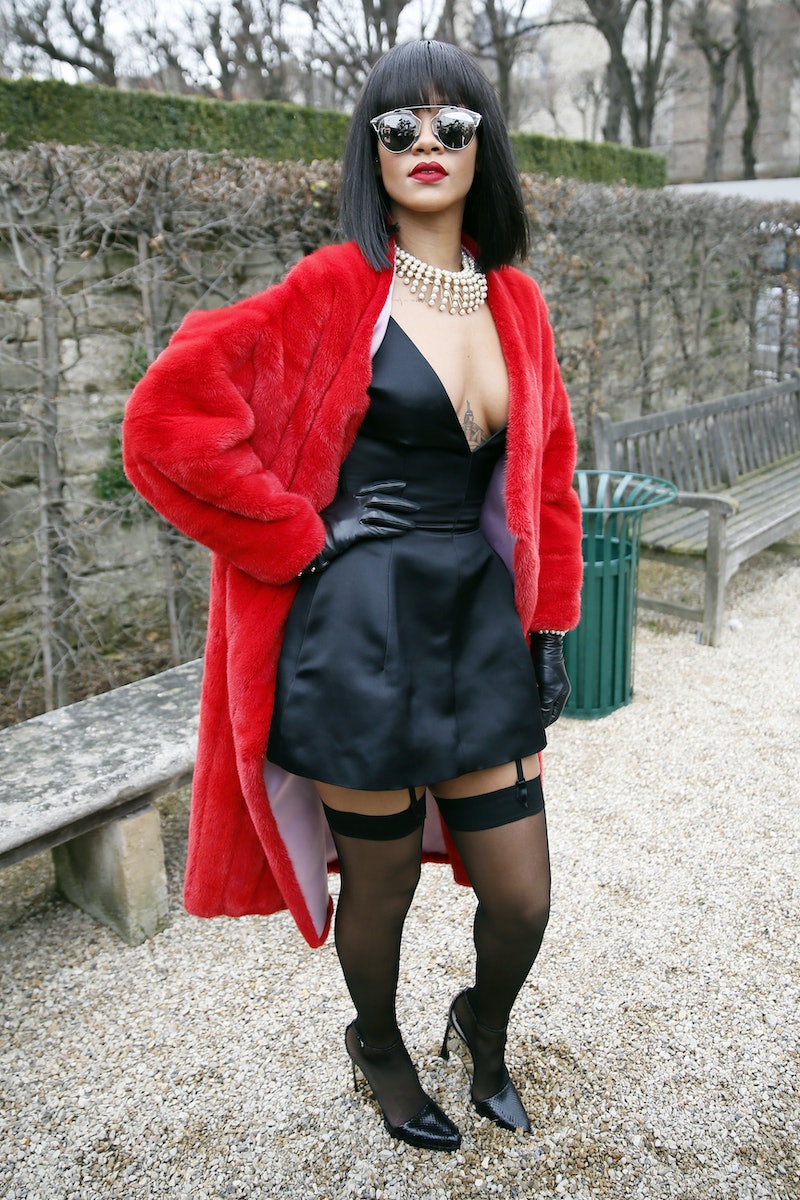 Guess you should have thought twice before crossing Rihanna, Topshop! Bad news for the British retailer, Rihanna has officially won the lawsuit against Topshop for using a picture of her without permission. Looks like they messed with the wrong celebrity. I mean really, what where they thinking? What was probably an innocent, careless mistake has escalated into a full-blown public lawsuit that has lasted almost two years.

The dispute started in July of 2013, when Topshop printed and sold a tank top with a paparazzi photo of Rihanna while on set of a music video. Because the singer did not consent to be photographed, she claimed infringement of her rights, even though the brand had permission from the photographer.

After initially winning her case back in 2013, Topshop filed an appeal this past November in hopes of having the ruling reconsidered. Unfortunately they were out of luck as the judges once again sided with Rihanna, saying consumers may mistakenly purchase the tank thinking it's officially endorsed by the singer, when in fact it is not. According to ITV, Topshop is charged with a concept called "passing off" which means that they marketed a product that deceivingly suggested it was approved by Rihanna.

This is the shirt that sparked the two year long debate.

A little absurd, don't you think?

More like this
What Is Ariana Grande's Net Worth? When It Comes To Money, She Has No “Problem”
By Hugh McIntyre
Lizzo Celebrates Juneteenth With Pan African Flag Dress
By Dominique Norman
How Getting An Abortion Has Changed From The ’60s Through Today
By Amanda Chatel
Why You're Seeing Green Bandanas At Abortion Rights Protests
By Lexi Inks
Get Even More From Bustle — Sign Up For The Newsletter