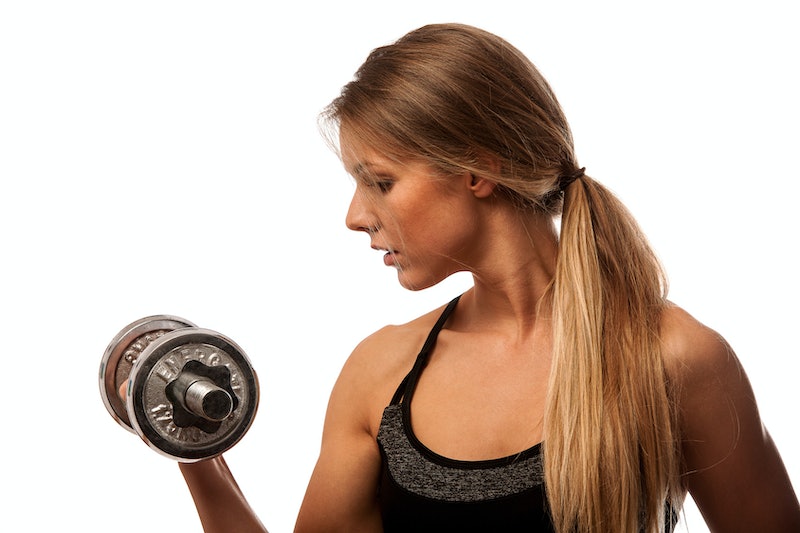 Losing weight is usually a long and arduous process, which is why weight loss support groups are so popular in the U.S.; the sense of community makes it easier to stay on track with your diet... in theory, at least. In reality, according to recent research, groups like Weight Watchers may make you lose weight, but you also lose friends along the way. And it's not because they're jealous of anyone's newly svelte body — the study found that as people lose weight and feel like they don't need the support group's help anymore, they straight up dump their friends in the group. Oh, and then they start to hold back useful weight loss tips. Yikes!The study was published in the Journal of Consumer Research this month, Science Daily reports. Researchers interviewed and surveyed attendees of Weight Watchers in various stages of weight loss, from newcomers to more advanced members, and the results were surprisingly pronounced. Newer members were significantly more willing to share useful information with the group, while 79 percent of older members reported feeling "distant and

reluctant to share information." Newbies also felt much closer to fellow Weight Watchers; every interviewee who was new to the group mentioned friendship and a willingness to help out other members. Little do they know that the more advanced members are apparently super cranky from all that healthy eating, because less than half felt the same way.

Researchers have a slightly different idea as to why this happens. Rather than putting it down to good old-fashioned hangriness, the authors behind the study hypothesized that at first, people who want to lose weight "feel uncertain about how to achieve the goal and see others at a similar stage as friends." It doesn't take much to change their tune, however; once the pounds start dropping, "consumers feel more certain and believe they don't need support from others." Hence the whole slowly-abandoning-your-former-friends thing. It isn't just disheartening for the people being left behind, either: the researchers pointed out that the more someone distances themselves from people with similar goals, the harder it is to achieve those goals. According to the American Psychological Association, previous research has found that in the short term, social support is key to losing weight healthily, although it's up to the individual in the long term. (Spoiler alert: it involves a lot of exercise.)

Not everyone is a fan of groups like Weight Watchers, saying it encourages obsessive eating habits; others swear by the program for its sense of community and routine. Ultimately, it's up to the individual to decide if they want to stick around or not. Even if the program's not a good fit for you, though, you might want to keep in contact with the friends you make while there. Forget whether it's good for weight loss or not; you can never have too many friends!