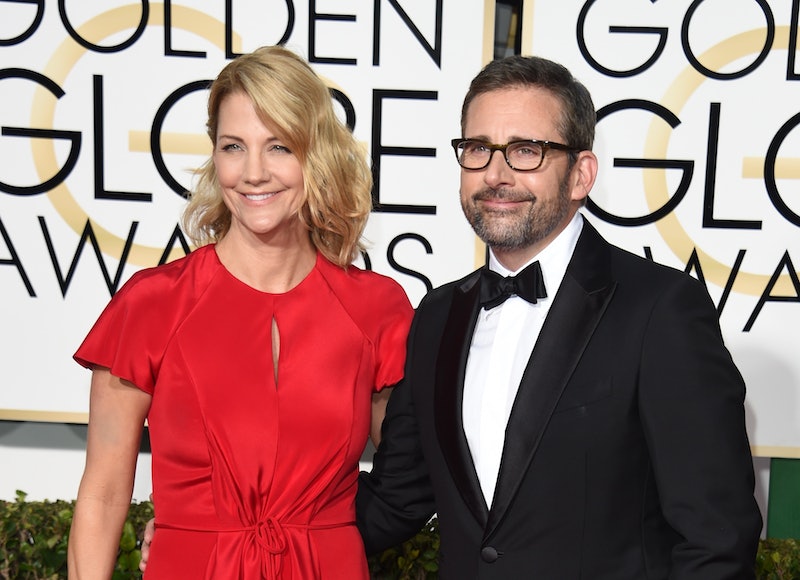 Steve Carell might have done Foxcatcher because it was a chance to play an incredibly complex role that allowed him to explore the dark depths of his character. Or, he might have just done it to etch away at as notorious reputation about being one of the nicest guys in Hollywood. And though he's been lauded and applauded for playing millionaire and wrestling coach John du Pont with plenty of nominations, including an Oscar nod, I don't think anything can hide the fact that at his core, he's just a great guy. And one of the many sweet things about Carell is that he's been married to his wife, Nancy Carell, since 1995. That's two whole decades! Kids who were born in 1995 are in their sophomore years of college now! But how did Steve and Nancy Carell meet? The story is just cute as you would expect.

Back when Carell was an improv teacher at Second City in Chicago, Nancy Carell, then Nancy Walls, was one of his students. OF COURSE two funny and nice people like them would get together. Carell was hesitant at first about asking her out on a date, as he told Details in 2013:

I beat around the bush and said something stupid like, "Well, you know, if I were to ever ask someone out, it would be someone like you." It's so stupid, but it was all self-protection. She was the same way: "If somebody like you were to ask me out, I would definitely go out with him. If there was a person like you."

Carell went on to say in a piece he wrote for The Guardian about his family values, both growing up and now, that he knew right away that Nancy was the one for him: "I thought she hated me because she was very quiet around me. I thought she for sure knew that I was full of it, and I later found out that she was just as nervous as I was and trying to act cool."

So cute! So shy! Luckily they both finally overcame their bashfulness and got together and have been ever since. They were even both correspondents on The Daily Show at the same time, which is not only adorable but SO enviable. Can you imagine working with the person you loved the most AND Jon Stewart? And Jon Stewart, king of cynicism, once called Carell comedy's "kindness at the heart of darkness."

Carell has said one of the many reasons he loves his wife is because they share the same sense of humor. In fact, she even played his girlfriend Carol the real estate agent on The Office. Sorry, Steve Carell, your love story is just as sweet as anyone would expect from one of the nicest guys in Hollywood. And that's a good thing!