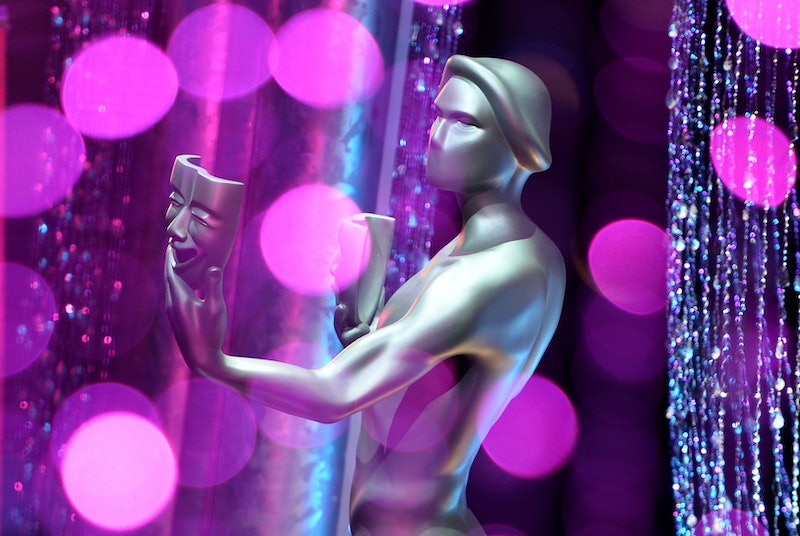 With Oscar Fever spreading faster than the flu, it's easy to forget that the Screen Actors Guild Awards, airing Sunday night on TNT and TBS, also honor thespian achievements in television. But just like the Golden Globe Awards, SAG does give out prizes to our beloved TV stars, too, in the shadow of all those fancy movie stars. But hey, TV has gotten really good, if you haven't noticed. Plus, there's a lot of crossover between the two as movie actors are migrating to TV all the time for quality work. The Primetime Emmys still remain television's big prize, but could the SAG Awards predict Emmy winners? It's hard to say.

The Golden Globes tends to give the prize to highly deserving, but unexpected series and actors. A few weeks ago, Jeffrey Tambor won for Amazon's Transparent, Maggie Gyllenhaal won for the little-seen An Honorable Woman, and Gina Rodriguez took home hardware for playing the titular Jane the Virgin. To be frank, I'd be surprised to see any of those excellent actors honored in the fall, because the Emmys are, well, the Emmys.

I have so many mixed emotions about the Emmys that for two straight years, I refused to watch it because I was so sick of being jerked around by the Academy of Television Arts and Sciences. I feel like the Emmys have two modes: Safe winners (Modern Family, The Good Wife, Mad Men, The Big Bang Theory) and ones you'd never expect or want to see (Jeff Daniels in The Newsroom — still not over that one).

So let's take a look at how the SAG Awards and the Emmys compare when they hand out TV trophies.

When The SAG Awards & Emmys Agreed

Well, if there's anything SAG and the Academy of TV has agreed on over the years, it's handing out statues to Modern Family. The long-running ABC sitcom has won Best Comedy Ensemble SAG Award for the past four years and has won the past five Emmy prizes for Best Comedy Series.

Ty Burrell took home both a SAG trophy and the Emmy statue for his role as Phil Dunphy on the comedy last year, as did Julia Louis-Dreyfus for Best Actress thanks to her work on Veep.

In some cases, the SAG Awards gave credit to performances that were overlooked by the Primetime Emmys. Steve Buscemi won for playing Nucky Thompson on HBO's Boardwalk Empire in 2010 and 2011, but never won an Emmy for the role.

In 2007, Grey's Anatomy's own Chandra Wilson won the SAG prize for Best Supporting Actress in a Drama Series, despite going 0-for-4 when it came to the Emmys.

When The SAG Awards & Emmys Were WTF

When it comes to TV awards, genres and distinctions tend to blur and folks submit themselves in the categories where they believe they have the best chance. Suddenly, this causes Orange is the New Black to be considered a comedy, while American Horror Story and True Detective are considered "miniseries" in the Best Miniseries or TV Movie categories.

Now, this doesn't always align. For instance, Jessica Lange has won a SAG Award for American Horror Story as Best Actress in a Drama Series, but she also won the Emmy in the Outstanding Lead Actress in a Miniseries or a Movie category last year.

So basically, no matter what happens at the SAG Awards on Sunday, anything is still possible when the Emmys roll around this summer.

More like this
Anya Taylor-Joy Might Be Engaged To Her Musician Beau
By Jack Irvin and Sophie McEvoy
Jurnee Smollett’s Heart Is Healing
By Rebecca Carroll
What’s New On Netflix: Lana Condor’s Ghostly Comedy & A Sexy Reality Series
By Arya Roshanian
Hannah Khalique-Brown Has Her Sights Set On 'Strictly'
By Frances Stewart
Get Even More From Bustle — Sign Up For The Newsletter