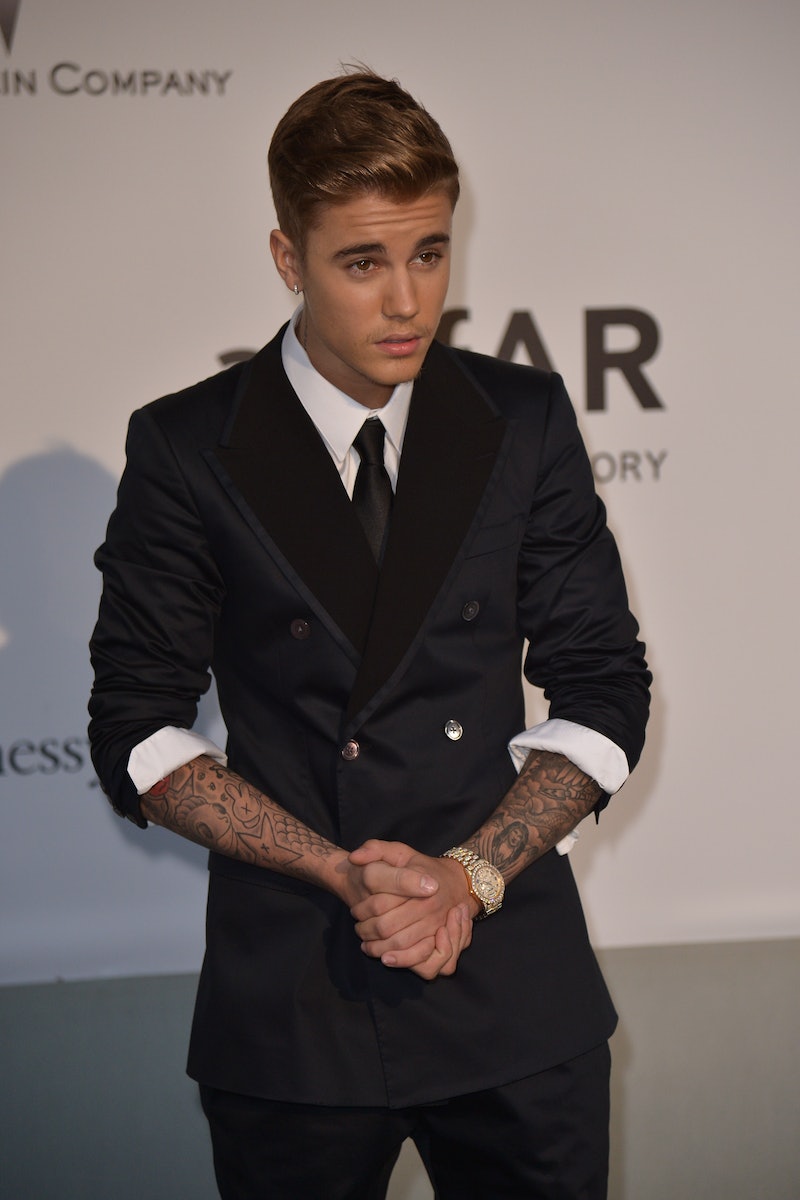 Say it isn't so: According to Hollywood Life, Justin Bieber may be writing a diss track aimed at Taylor Swift. Gasp. In fact, an unnamed "insider" reportedly told the website that the 20-year-old singer has been working on new songs that target "all" of his critics. Well, that could take a while. Isn't he supposed to put out a new album in 2015? He doesn't have time for this nonsense! I wasn't aware, but apparently, there might be some bad blood (ha) between Bieber and Swift — especially after Swift allegedly advised Bieber's on-again, off-again girlfriend, Selena Gomez, to stay away from him last year. (Of course, those weren't her exact words, but you can read between the lines.)

If Hollywood Life's source is correct (and that's a big "if"), I think Bieber's making a mistake. First of all, Swift is the Queen of taking people down via song... does he really want to start a war with her? I can see it now: if Bieber goes through with his plan, the lead single from Swift's next LP will probably be called "Photoshopped Donger." It'll debut at No. 1 on the Billboard chart and stay there for, like, 52 consecutive weeks.

Second of all, I think it's safe to say that Bieber's often viewed these days as a spoiled, entitled, and immature brat, and a Swift diss track certainly won't help matters. Doesn't he need to start thinking about rehabilitating his image?

Third of all, Bieber's been away from the music scene for a little over a year now (and he hasn't had a major hit since 2012) — shouldn't he be focusing all of his energy on putting out good music? Music that will re-establish him as one of the industry's leading stars?

Bieber's last album, Believe, definitely has its moments (namely, "Thought of You," "Beauty and a Beat," and the cheesy title track). He's totally capable of putting out decent tunes. He should worry about, you know, doing that and leave this pettiness out of it. Wouldn't it be better to make headlines for penning a fantastic comeback record than for penning a diss track about one of your ex-girlfriend's pals?

Believe it or not (sorry, I couldn't help myself), I'm actually looking forward to hearing new material from Biebasuar — I just hope that he has his priorities in order.