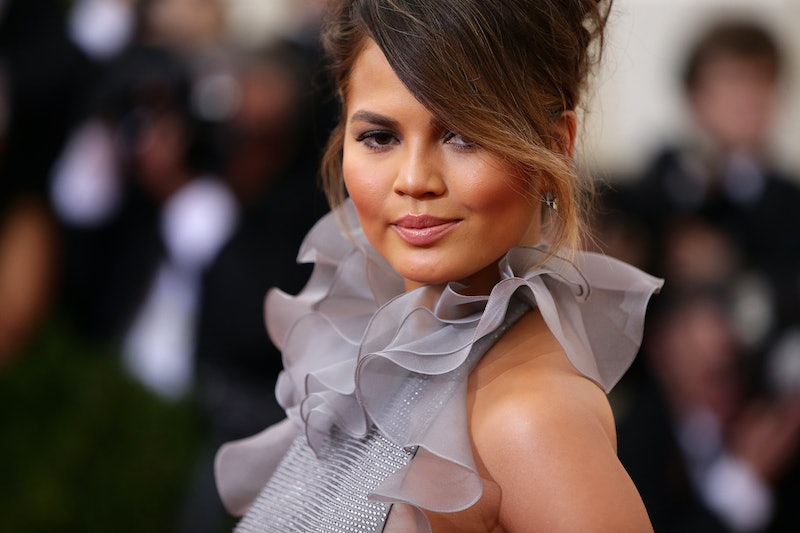 Sad news for anyone who's even been bored during a flight. Unfortunately, SkyMall, and by default the SkyMall catalog — that magazine-ish looking thing in the pouch of your seat on airplanes that sells things like weird cat houses, glow in the dark toilet seats, and bizarre yard decorations — could not be saved from ruination. SkyMall has declared bankruptcy, and Twitter savant Chrissy Teigen isn't taking it too well.

Considering how much time the model probably spends on airplanes, I suppose it is sort of like losing a friend.... Albeit, one that you selfishly just keep around for when you don't have anything else to do. Whatever the case may be, just know that we're here for you, Chrissy.

But Teigen isn't the only one lamenting the termination of SkyMall. It appears that Twitter and the media as a whole are just as unexpectedly sentimental about the odd air-travel staple and the best way they know how to deal with it, is through the tool of humor...in 140 characters or less that the entire world gets to read.

But first, let us highlight Chrissy and her unparalleled eulogizing of the now deceased publication.

It started out in typical "Chrissy" fashion...

So, a sarcastic quip with a hint of realism.

Then the reality set in.

So it was no longer a joke(-ish thing).

Not so funny now, is it?

The memories came flooding back in, like a tidal wave.

And the regret sets in.

Well, aren't we just a bunch of idiots who take things for granted?

So you can't really blame her for what seems like an irrational yet sentimental demand.

It's the thought that counts, for sure.

Chrissy shows us just how empty we all are without it:

The loneliness is rampant. As if we didn't already know, Chrissy.

Here's how some others took the news:

This is America. We can reverse this.

*A round of applause*

So simple and beautiful yet staying.