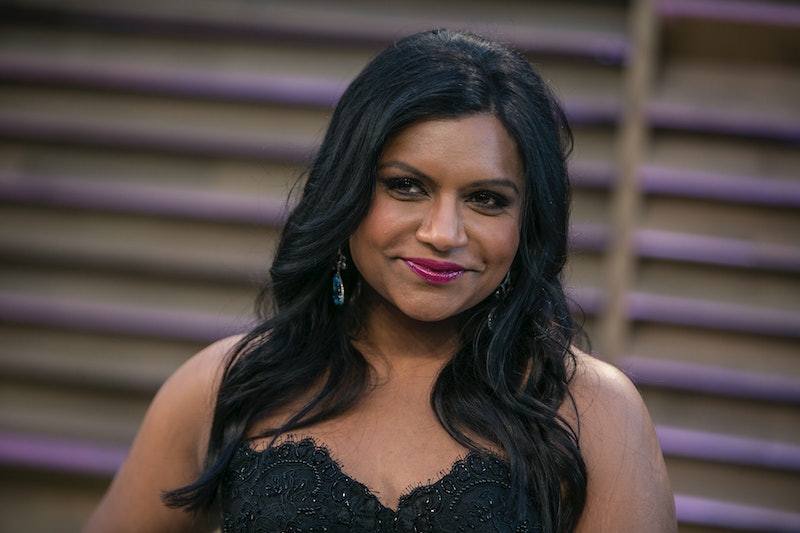 I could not think of two things more diametrically opposed than the Super Bowl and Mindy Kaling. One is a total celebration of masculinity (and an organization who time and time again gives too many "second chances" to players who commit heinous crimes, often times against women). The other is an entertainment mastermind who has carved out a space for non-white, body-positive women in comedy... and is a total feminist. Other than an unapologetic love of all things BBQ, these two are quite different! So, understandably, the thought of our Lord and Savior Mindy Kaling "promoting" the Super Bowl might seem a little off... but hey, Beyonce did it and made her half-time show musical set the only thing people remembered that year, so it's not unheard of.

Now, it seems we can add Kaling to the list of awesome women to totally won the Super Bowl: In a new Super Bowl ad for Nationwide, Kaling explores the feeling of being "invisible" in a most hilarious and powerful way.

We already know that Mindy Kaling is far from being invisible. She's (thankfully) all over our televisions, Twitter feeds, magazine covers, late-night talk show interviews, as well as seemingly everywhere in between too. However, the ad takes a look at Mindy Kaling before she was Mindy Kaling. Like many women, especially women of color, she was made to feel invisible — but as we all know, Kaling refused to let that go. Not only did she take advantage of that invisibility, she turned the tables on it!

Let's take a look at how Mindy Kaling's Nationwide ad is a real game-changer for Super Bowl commercials. No beer or macho-bro attitudes to be found:

It Calls Out Male Privilege

Of course HE gets the cab.

It Has a Woman Eating in a Non-Sexual Way

It Shows a Lot of Beautiful, Brown Skin

Bask in her beauty. Just do it.

There's a Woman Taking Control of Her Life, Body, and Career

And she celebrates and enjoys every second of it.

Check out the first clip here:

And the hilarious outtakes: