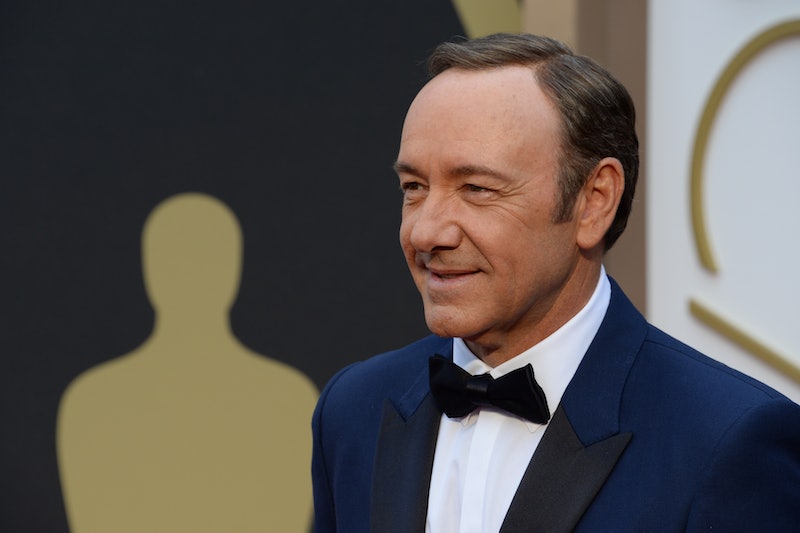 I was not prepared for the 2015 Screen Actors Guild Awards, you guys. It was way too much pressure figuring out which actor to root for in the Male Actor in a Drama Series category. Between Steve Buscemi of Boardwalk Empire fame, Game of Thrones' Peter Dinklage, Woody Harrelson of True Detective, Matthew McConaughey of True Detective, and House of Cards' Kevin Spacey? Yeah, no, you can't possibly ask me to pick. However, after biting my nails down to stubs and leaving this in the hands of the Guild, I am proud to announce that Spacey has won for Male Actor in a Drama Series at the 2015 SAG Awards, but, sadly, he wasn't present to accept the Award.

To be fair, this does/doesn't come as a real surprise when you think about it. As great as Buscemi, Dinklage, Harrelson, and McConaughey were in their respective shows, it was Spacey that really pulled out a heart stopping performance in House of Cards. Besides, you knew that this category was going to be a rough one no matter who won when they pit two True Detective stars against each other for the award. It was anybody's race, but the winner here is obviously Spacey. The only thing that could have made the moment better would have been if the man himself had been there to grab that statue.

However, fans don't seem to mind too much that Space wasn't there to make an appearance. They all seemed to be too busy being incredibly happy for him.

As for where Spacey was instead of being at the award ceremony tonight, well, one fan has the answer.