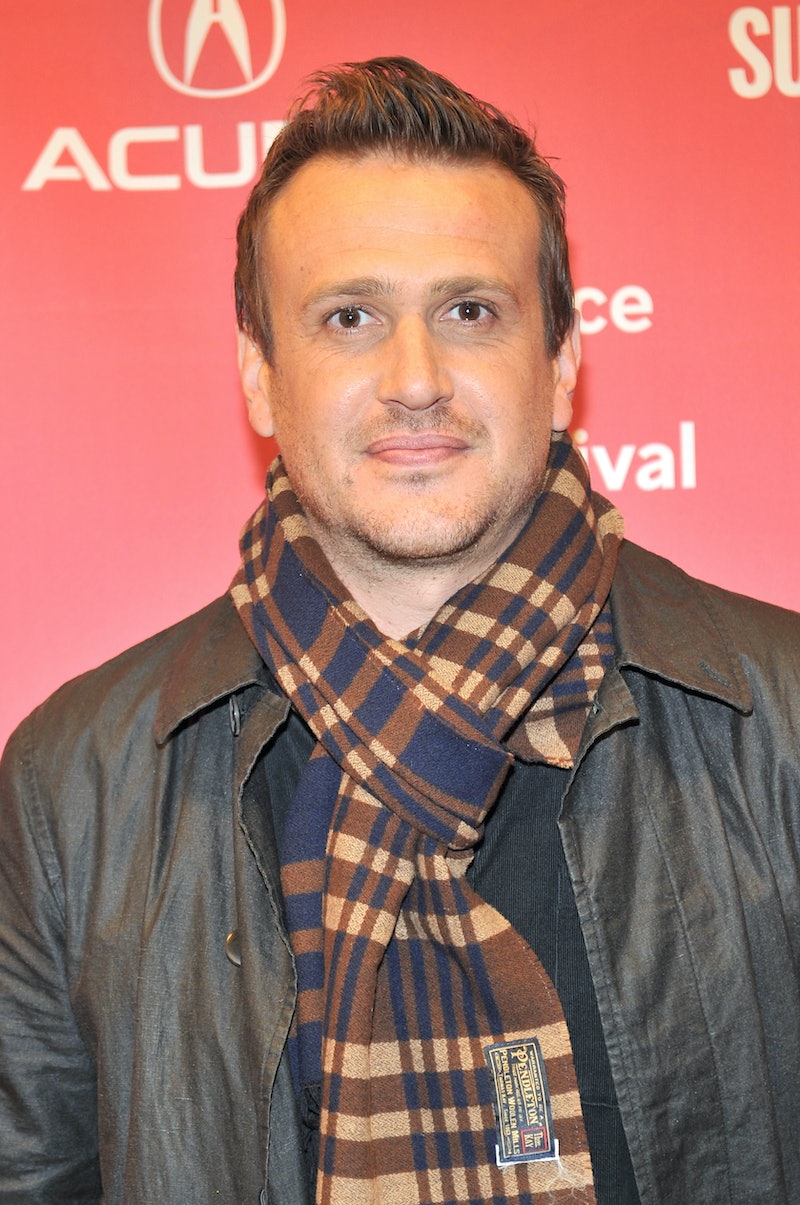 Sundance Film Festival is home to some of the year's greatest films — independent or otherwise. And, so far, the festival's 2015 showing has been no exception. With the first weekend of films in full force, the premiere of The End of the Tour, James Ponsoldt's latest venture, has solidified Sundance as a home for exceptional cinema. Based on the real-life story of a five-day interview between Rolling Stone reporter David Lipsky (played by Jesse Eisenberg) and the enigmatic David Foster Wallace, this film will no doubt inspire writers, lovers of Wallace's works, and every layman in between. And those three types of audiences will be able to enjoy the film, since it was just picked up by A24, the company who distributed Ponsoldt's last film, The Spectacular Now.

I spoke with Jason Segel about taking on iconic writer Wallace on the red carpet for the film's world premiere: "It's a story of ... the end of the Infinite Jest book tour," he said. "One of the things the movie proves is that traveling with a journalist without the aid of a companion to intervene is a dangerous thing."

The film, I can proclaim with great joy, is a tremendous success. Segel's portrayal of Wallace is so captivating, I kept begging for a rewind button. Becoming more convincing with each syllable uttered, Segel regurgitated the icon, and his particularly fluid way of discourse, in a believable and completely earnest manner.

"I tried to make the character as accurate as possible given the information I had available to me," Segel said about the author, who committed suicide in 2008. "I tried to play the character with a lot of love. Performing is all about honesty, so it was very exciting for me to do this movie."

And, playing Wallace, Segel learned more about life than journalism. "It was a cautionary tale for me," he said. "I learned that there is a very universal human moment that happens around your early thirties where you start to realize that the things you are told to put your values in aren't going to make you happy. That was what the movie really explored for me."

Though audiences know Segel from his comedic roles on the hit show How I Met Your Mother and comedy favorites like Forgetting Sarah Marshall, his performance in this indie is sure to convince even drama fans of his infinite (pun not intended) range.

"I hope everyone has their own experience with it," Segel said. "The same as reading Infinite Jest, if you've ever had the pleasure of doing it, everyone's experience with it is different, and I hope the same will happen with this movie."