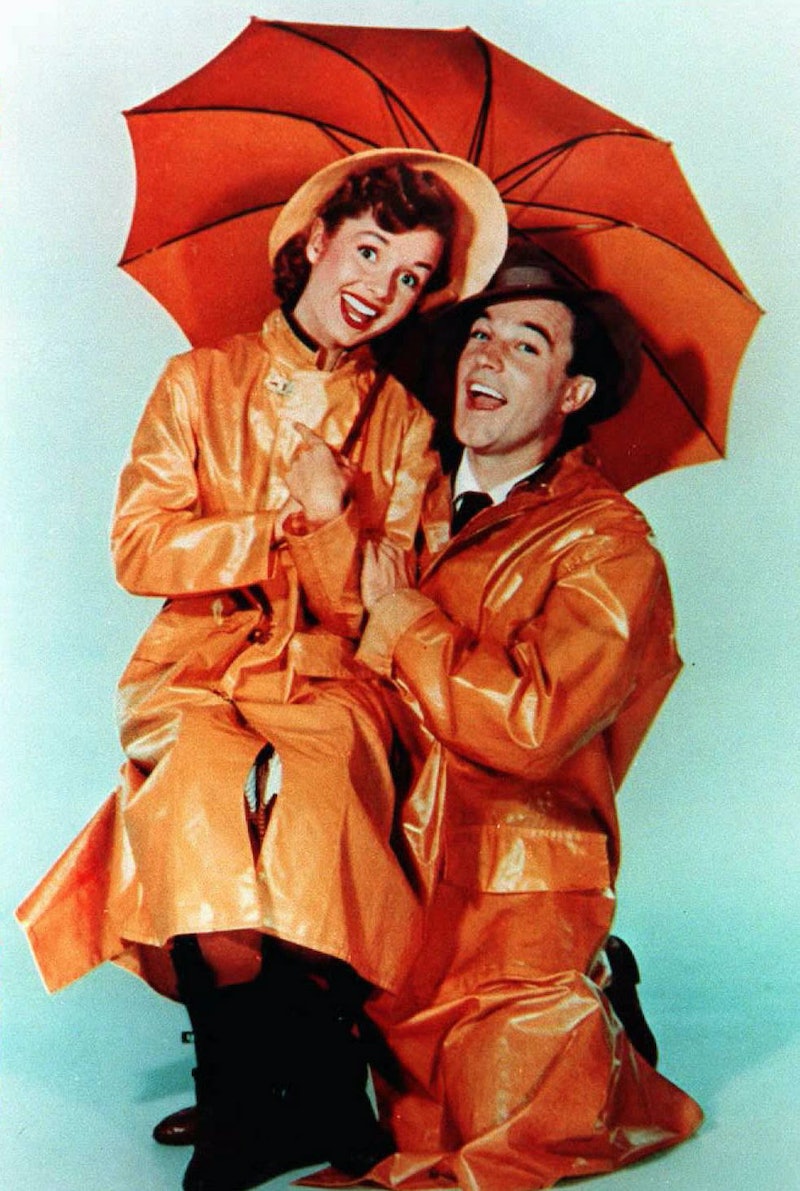 At Sunday's Screen Actors Guild Awards, Carrie Fisher presented the SAG Life Achievement Award to Debbie Reynolds, her mother. Reynolds, of course, is very famous for her ingenue role in Singin' In The Rain and has been starring in musicals and films since the late 1940s, including every '90s kid's favorite, Halloweentown and The Unsinkable Molly Brown.

This had the potential to be a little awkward. Carrie Fisher and Debbie Reynold's mother/daughter relationship is known to have been strained at times, and was fictionalized in Postcards From the Edge. Most of us know Carrie Fisher as Princess Leia in the Star Wars films, but she's an accomplished comedienne and writer, as well. It was no surprise that she was chosen to present this award to her mother, and as expected, the jokes poured out of Carrie Fisher from the moment she started.

"Okay. I am very close to this year's Screen Actors Guild Life Achievement Award honoree. Not only was my grandmother her mother, she is the grandmother to my alleged daughter. It also turns out that we're neighbors, and as if this weren't enough, she's... she's also my mother. Actually, she has been more than a mother to me. Not much, but... but definitely more."

Reynolds speech, however, was as charming as ever. She used the word "picture" instead of film. She decided against mentioning Gene Kelly because, and I quote, "I mean really." She sounded like pretty much anyone's mother and even got her revenge and embarrassed daughter Fisher. Apparently, after her painful single bun in Singing In The Rain, she warned her daughter about strange hairdos once she landed the role in Star Wars. Of course, George Lucas put her in two buns. Hilarious! I don't know what I liked more, that speech, or watching Fisher try to hide her face behind her mother's SAG Award. Adorable.

Here's to Debbie Reynolds, a woman who, according to her daughter, "would give you the shirt off her back if Vivien Leigh hadn't worn it in Gone With The Wind."