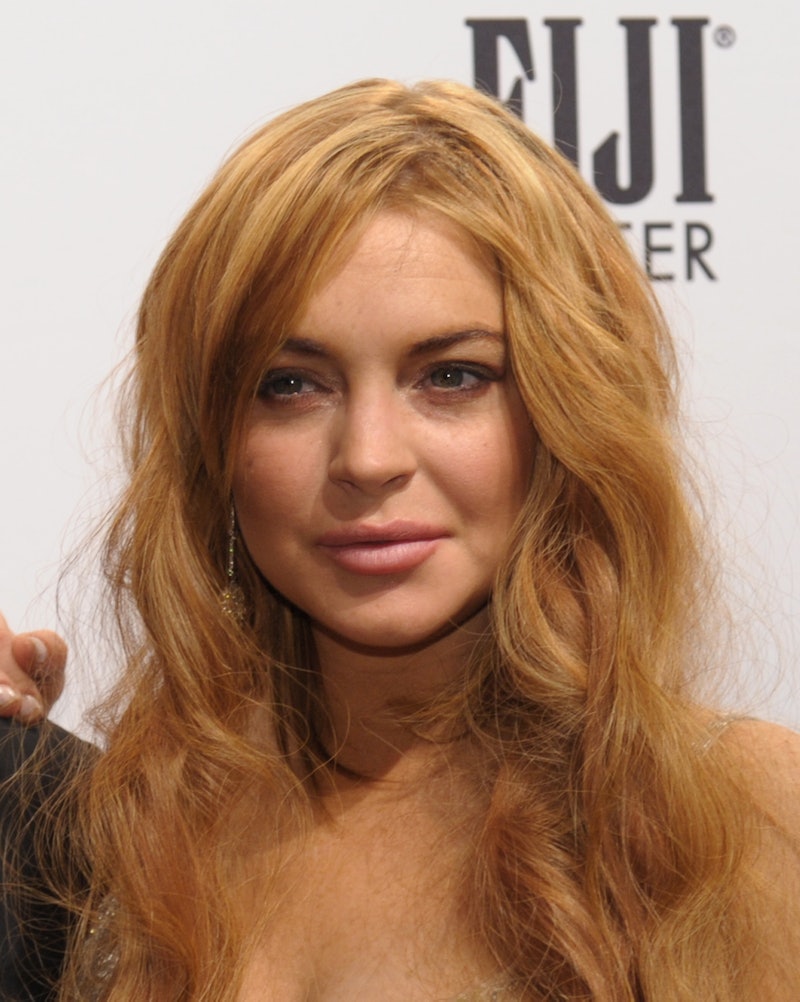 No one wants to be the bearer of more bad Lindsay Lohan news. The poor girl has gone through an awful lot lately, the most recent (and most troubling) obstacle being that she reportedly contracted a rare mosquito virus while on vacation and wound up in a London hospital. Sadly, as if that's not bad and worrying enough — get better soon, Linds! — it seems there may another unfortunate development in the works for the 28-year-old actress: TMZ is reporting that Lohan might be facing jail time because she's allegedly failed to complete the 240 hours of community service that she was required to perform as a result of her 2012 reckless driving case. Considering Lohan's recently made some legitimate, amazing strides towards turning her life around and getting her career back on track, this news is especially awful to hear.

According to the rumors, as of Nov. 6, Lohan had reportedly only completed half the required hours of her community service, but she was given a second court date for this month to present proof that she fulfilled her court-mandated obligations. During her scheduled appearance set for this Wednesday, it is being reported that Lohan's lawyer plans to contend the actress' incomplete hours are due to her illness — which actually sounds like a valid claim considering the actress' current condition due to the illness sounds extremely troubling — as well as closures of the community service center in London due to the holidays.

There's no way to know whether the judge will grant Lohan more leniency in this case, but honestly, she deserves it. After her most recent brush with the law, Lohan seems to have legitimately turned her life around: She successfully completed a stint in rehab and managed to emerge looking healthier than we've seen her in a long time, she went to therapy to get rid of toxic influences, she booked a steady job in a major London play, and she's even publicly said she wants to stay in London because Los Angeles is a bad place for her. That indicates growth.

Despite her troubled past, Lohan has been heading down the right path as of late, so here's hoping she's able to stay positive and healthy throughout this ordeal.