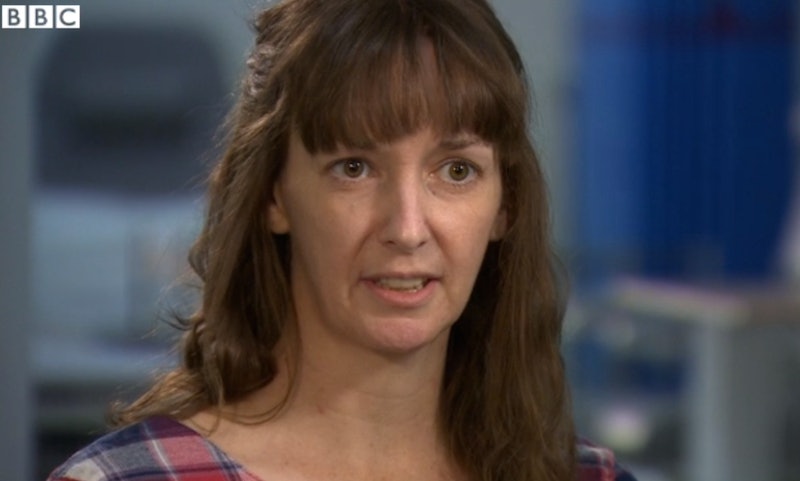 Here's some great news, especially considering how dire things looked for a while — British Ebola nurse Pauline Cafferkey was released from hospital care, having made a full recovery despite being declared in critical condition weeks ago. Her discharge was announced by the Royal Free Hospital in London through Twitter on Saturday, giving Cafferkey's friends, family, and well-wishers around the world a very welcome sigh of relief. Now, speaking to BBC News, Cafferkey has opened up about the harrowing experience, and has admitted that for a period of time, she didn't believe she would survive the ordeal.

The 39-year-old Cafferkey fell ill while volunteering with Save The Children, fighting the Ebola outbreak in West Africa. She was the second Briton to meet this fate, following 29-year-old William Pooley in late 2014. Ebola is a hemorrhagic fever, and is highly lethal — over the course of this outbreak, the Centers For Disease Controls (CDC) has found its mortality rate fluctuating around 40 to 50 percent, while the World Health Organization (WHO) puts the toll at a grislier 70 percent (the two organizations use different methodologies).

While less-equipped health infrastructures in Liberia, Guinea and Sierra Leone initially proved unable to halt the virus' spread, the level of medical care available to both Pooley and Cafferkey back in their native England may well have saved their lives.

Speaking to BBC News, Cafferkey reflected on having lost an entire week's worth of her memory to delirium and illness — she was reported as being in "critical condition" back on Jan. 4, an announcement that stoked fears that she wouldn't be able to pul through as Pooley had.

It's obviously fantastic news that Cafferkey pulled through, and her example in risking her own health to help halt the staggering West African outbreak should be lauded. There's been a lot of stigma and backlash surrounding Ebola over the last year, partially as a result of the virus' undeniably intimidating lethality, but it's imperative that people like her get every ounce of support their home nations can offer.

After all, while the British and American health systems have proven competent in handling Ebola cases, things are still quite dire abroad — while rates of Ebola infections have been declining lately, it won't truly be over until every last case is cleared. And achieving that demands the attention of governments, the investments of philanthropists, and the tireless work of brave volunteers like Cafferkey.