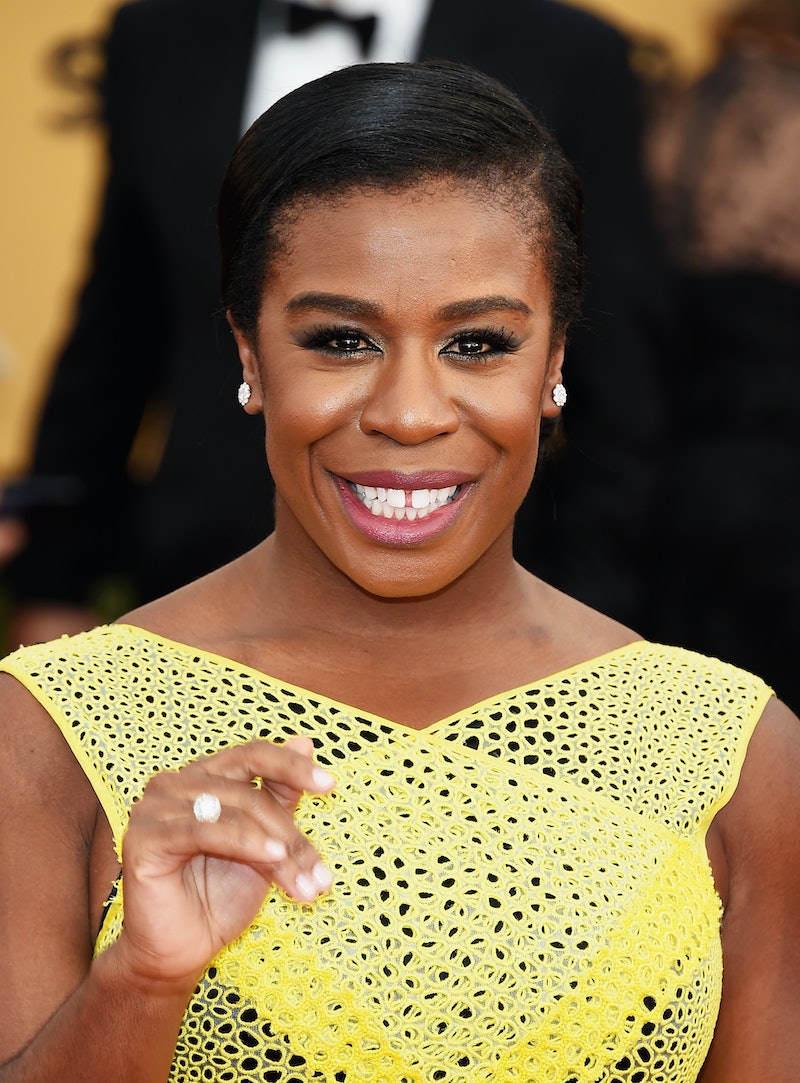 When you put five of TV's funniest ladies in a category together, it's a win no matter who ends up taking home the trophy. Yet, while I would've been happy with any of the Best Comedy Actress nominees winning the SAG Award, I couldn't help but be especially thrilled that it was Orange is the New Black's Uzo Aduba who ended up on stage. Beating out Parks & Recreation's Amy Poehler, Veep's Julia Louis-Dreyfus, Nurse Jackie's Edie Falco, and Modern Family's Julie Bowen, a shocked Aduba accepted her award on Sunday night in front of an ecstatic crowd of her peers.

It was Aduba's first SAG Award, and as fans of Orange can attest, the win was richly deserved. The show's second season contained some of the actress' best work to date, and, while practically every member of the cast deserves acclaim, it's wonderful that Aduba, such a major talent, is getting recognized for her wonderful performance as Crazy Eyes.

During her emotional speech, Aduba thanked her beloved cast, saying that she loves them all "so desperately, so much."

"The day I got this job is the day I had stopped acting," she continued, remarking on her incredible ascent to stardom. "To be in a room with all you amazing human beings, amazing talents for what I respect and love so much, is really, truly the greatest honor."

You know what also must be great? The second SAG Award Aduba took home on Sunday, just a short while later. Alongside her Orange co-stars, the actress won the honor for Best Ensemble in a Comedy Series, one of the night's biggest prizes. Congrats to Aduba and her castmates, and we can't wait to watch them show off the talent that won them the SAG when Orange returns this summer.