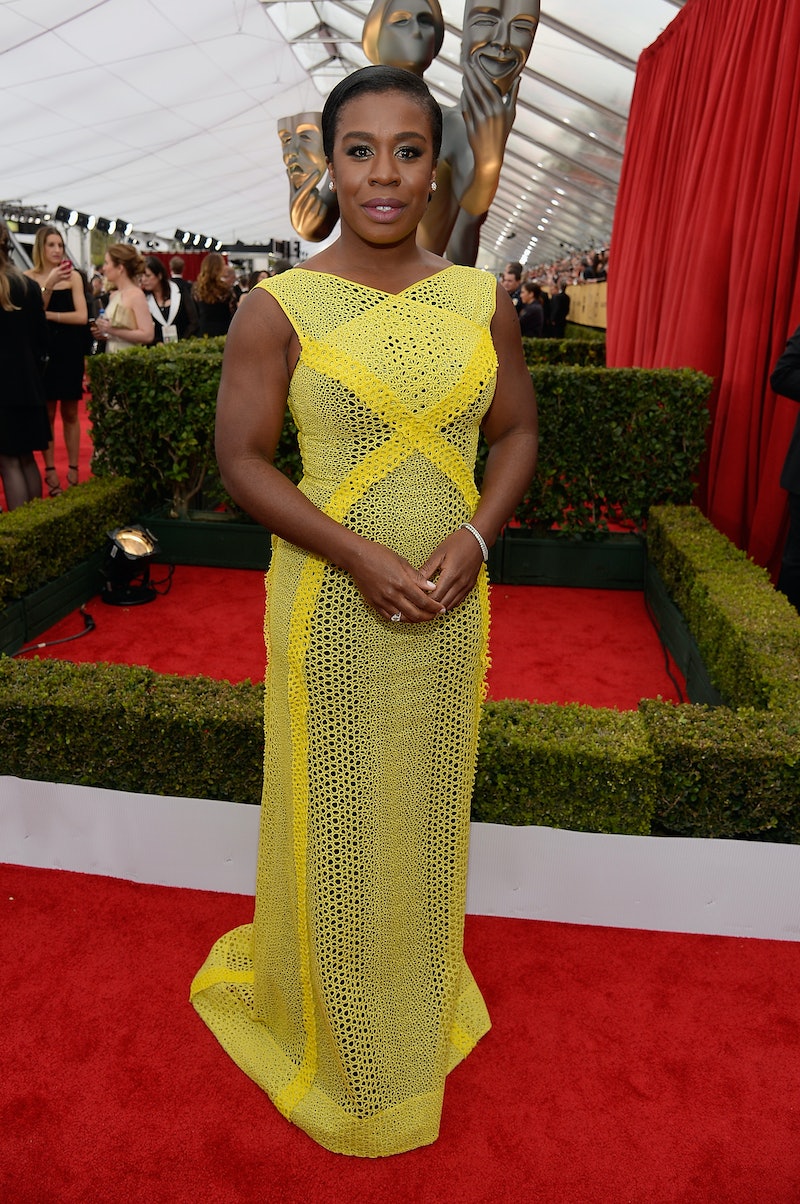 Everybody loves Orange is the New Black star Uzo Aduba. And, seriously, how can you not? The Emmy Award-winning actress has given us one of the most complex and heartbreakingly real characters we've seen in quite some time thanks to her multi-layered performance as Suzanne "Crazy Eyes" Warren on the hit Netflix dramedy. That love for Aduba is resonating on the red carpet of the 2015 SAG Awards. (The actress is nominated alongside her OITNB co-stars for Outstanding Performance by an Ensemble in a Comedy Series, as well as a nomination for Outstanding Performance by a Female Actor in a Comedy Series.)

Aduba — who wowed everyone upon her arrival wearing a stunning yellow Angel Sanchez dress — earned raves from some of tonight's other nominees. Aduba's OITNB co-star Danielle Brooks (aka Tasha "Taystee" Jefferson) raved on the SAG red carpet about her friend, "Oh, boy, you never know where we're going to go. Where we're going to end up. We're just really good friends. The last time we hung out, she came over to my house because I just moved and she spent the night and we just had a girls' night. That's my girl and I really, really hope that she takes it home today... [She's] very sweet and very talented."

Orphan Black star and Outstanding Performance by a Female Actor in a Drama Series nominee Tatiana Maslany had some kind words for Aduba as well, stating, "I'm crushing on her. I think I crushed on her first, now it's nice and mutual. It's great. She's amazing. She's such a strong actor, such a huge character with such grounded truth to it. And she’s hilarious. I really love her."

The feeling was just as mutual from the Twitterverse, who was just as smitten with Aduba.