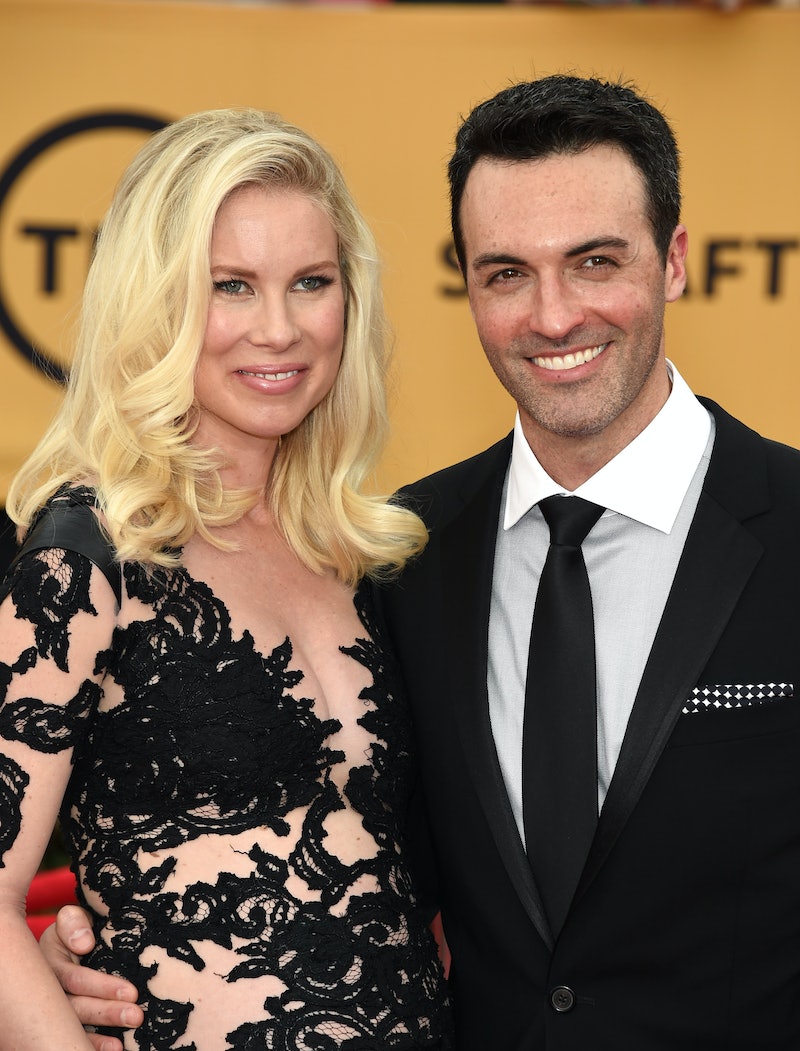 And here we were thinking that Ryan Seacrest and Giuliana Rancic's absence was going to be the most surprising thing about the SAGs red carpet. But nope! Seems they were upstaged by Veep star Reid Scott, whose wife, Elspeth Keller, announced she was pregnant... by simply showing up to the 2015 Screen Actors Guild Awards. Because, despite the fact that Reid had so far been silent about the news of his wife's pregnancy, her outfit was screaming their future parents-to-be status. After all, she's due in April, just three months from now.

But, in case it was unclear, Scott and Keller confirmed the pregnancy to People, telling the outlet's reporters, "We’re having a little boy," Scott said. "I’m just psyched. I have the hottest wife on the carpet.”

It's difficult to disagree, seeing Keller, an actress who has appeared in shorts like Comrades and Before Breakfast, rocking a black lace dress on the red carpet. And the glow isn't thanks just to her pregnancy — Keller and Scott are also newlyweds, having married in June 2014 in Los Angeles in front of 120 guests (including the couple's good friend, Mad Men's Ben Feldman). So, yes, they might have worked quickly following their nuptials, but the couple has enjoyed many years together already, having gotten engaged in 2013.

So, Reid and Keller might have been able to avoid the press finding out about their future son prior to the SAGs red carpet, but Dan Egan himself must be very aware of what the reveal will bring in the next 24 hours.