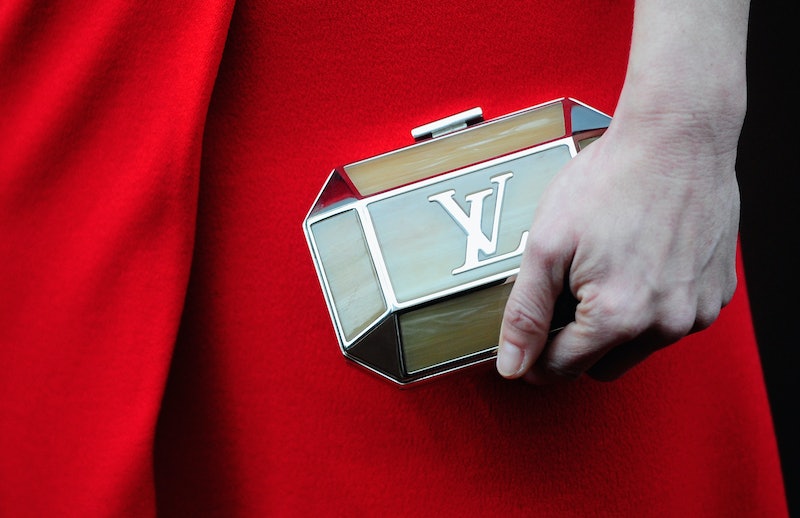 We're not expecting to hear the stereo sound of jaws dropping 'round the globe, and once you read this news, you won't either: Louis Vuitton is the most valuable fashion brand in the world. Interbrand just released its list of 2013 Best Global Brands, and LV is the highest ranked fashion brand, snagging the 17th spot.

Louis Vuitton is valued at $24.9 billion (yes, beginning with a b), and though it hasn't moved in rank from last year, the fashion house has climbed 6 percent in value. We're curious how all the stirring going on at LV, including rumors of a Marc Jacobs exit and a Nicolas Ghesquière landing, may affect its placement next year, considering the brand's role in consumer influence is a factor in its ranking, along with its financial performance.

Refinery29 reminds us that just because you're a powerhouse all the way to the bank doesn't mean you've got the chic-factor figured out; in September, Chanel was rated the "coolest" brand on the annual CoolBrands list, which is voted on by consumers regarding the most relevant brands du jour. Louis Vuitton didn't make the cut.

Oh, and irony of ironies: Topping the Interbrand most valuable list is Apple, and just last week, a woman traded her Louis Vuitton purse for a spot in line to snag an Apple iPhone 5S. So, good deal, I guess?