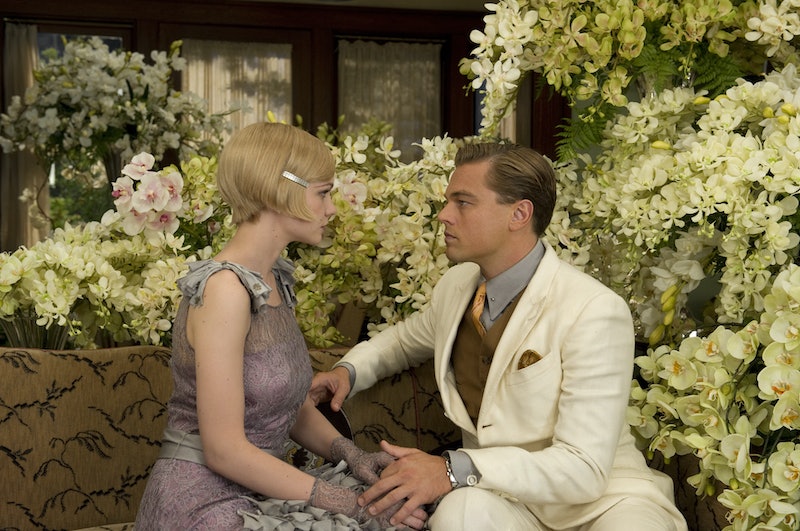 It's really a shame that Valentine's Day didn't become such a big deal until relatively recently, because not only does it mean we get to be the lucky ones inflicted with this parade of pink hearts and overpriced chocolate boxes, but it also means we never got to see how any of our favorite classic literary couples would celebrate. Can you imagine what it would have been like if all your favorite classic tales of romance included a Valentine's Day plot line? It would certainly elevate Valentine's Day to a whole new level, at the very least.

Of course, technically Valentine's Day has been around for centuries — Saint Valentine was martyred in the 3rd century, after all — but the modern obsession with Valentine's Day is fairly new, meaning we as a book-loving public have been forever cheated of hearing how our favorite (and least favorite) couples would have celebrated.

Fortunately, though, we still have our imaginations. Which means that even if the time space continuum isn't going to oblige us in our desire to see classic literary couples on a date on February 14, we can still come up with some on our own.

So without further ado, here are how 10 literary couples would have celebrated Valentine's Day. (Obligatory note that since none of these couples are together at the beginning of their respective books, this post will contain spoilers about details from the books.)

Cathy and Heathcliffe from Wuthering Heights

Neither of these two is what could even remotely be described as "romantic," and their relationship is frankly terrible. So it's a safe bet that no stage of their twisted relationship would have involved dinner reservations, roses, or chocolates. If anything, they most likely would have used the day as an excuse to play more head games with each other and odds are decent that the evening would have exploded into verbal, emotional, or physical violence by the end of the night. So, that's cheerful.

Celie and Shug Avery from The Color Purple

There are a plenty of lovely couples in The Color Purple, but Celie and Shug Avery were always my favorite. The two lovely ladies probably would have spent Valentine's Day splurging on a nice dinner at a Nashville restaurant where they would stare at each other lovingly across the table the whole night before going home for a night of great sex and continuing to be one of the most mutually supportive couples in literature.

Cleopatra and Antony from Antony and Cleopatra

These two were one of the most regal couples who have ever lived, so cardboard hearts and drug store chocolates would definitely not be their style. But as two political geniuses who also happened to be madly, passionately in love with one another, turning their Valentine's Day date into some sort of stately spectacle/feast in which everyone has a great time and leaves more in awe than ever with how awesome they are and how much they love each other — now that does sound like their style.

Sethe and Paul D from Beloved

Sethe and Paul D never had much, but they did have each other, even though things weren't always perfect. So Valentine's Day for them probably wouldn't have involved anything fancy or showy, but I like to think Paul D would have made the effort to get Sethe something special, and even though it would have had to be something small it would have meant even more to her because he would have had to work so hard to manage to get it. And then the two of them would have enjoyed a special dinner at home and just let themselves be happy for a night.

How to celebrate Valentine's Day when you live in a creepy gothic mansion where there once literally was a madwoman in the attic? Jane would probably be much to practical to want some sort of grand Valentine's Day affair, but secretly, she would have wanted Mr. Rochester to plan something, and he undoubtedly would have obliged — probably with something that would allow them to have long, in depth conversations the whole time.

Beatrice and Benedick from Much Ado About Nothing

As one of the sharpest-tongued couples in literature, if Beatrice and Benedick ever got a glimpse of modern Valentine's Day, I don't think they would have wasted more than 0.3 seconds before breaking out into a spontaneous competition of witty ways to mock it. It would have either annoyed everyone around them (especially their much duller cousins Hero and Claudio) or else had them in stitches, but either way, Beatrice and Benedick would have had a good time. And at the end of it, they might have even celebrated in some non-traditional fashion.

Janie and Tea Cake from Their Eyes Were Watching God

Janie and Tea Cake were always an unconventional couple, and one who didn't feel the need to prove their love or relationship to anyone except each other which they did every day. So even though Janie would have absolutely loved the idea of a holiday all about sharing your love for someone, I think they would have both felt that they didn't need a special day to show each other what they meant to one another. They did that everyday. Then again they might have also taken the opportunity to do something extra special for each other — you never could predict those two anyway!

Daisy Buchanan and Jay Gatsby from The Great Gatsby

If ever there were two people made for modern Valentine's Day it would be Gatsby and Daisy. I mean, the main criticism is that it's about excess and show (and showing off) rather than real emotion. Sound familiar? During the times in the book they were actually together, their Valentine's Day ambitions doubtlessly would have had to be small — because he was poor the first time around, and because she was married the second — but if they ever got together for real, can you imagine the all out affair they would have put on. We're talking about the woman who was moved to tears over expensive shirts and the man who threw wild ragers every night for no occasion at all. If these two ever got a chance to celebrate Valentine's Day, I don't even want to think about how excessive it would be.

Elizabeth and Mr. Darcy from Pride and Prejudice

As two people who were never fond of pretension or shallowness, Elizabeth and Mr. Darcy would have probably treated the modern celebration of Valentine's Day like the ridiculous occasion that it is — the feast day of a gruesomely martyred saint turned into a cheerful day about love, complete with representations of a pagan god shooting arrows? I imagine they would have had a good time talking to each other about how absurd it is — and then probably would have celebrated anyway. In their own way of course — no blasé dinner and a movie dates for these two — but they still would have been adorable about it. Because it's Lizzie and Darcy. They just can't help it.

Penelope and Odysseus from The Odyssey

By the time Odysseus got home from his 20 years of wandering around the Mediterranean for reasons that were completely his own fault, the man more than owed Penelope a nice Valentine's Day date. Of course, that would also require him to stay in one place long enough to actually show up for said date, but hopefully he would have managed it, because he does love her. And also she's put up with enough that she might just leave him if he doesn't make sure to show his appreciation.

More like this
31 Ways To Celebrate Valentine's Day With Your Long-Distance Love
By Natalia Lusinski and Carolyn Steber
16 Valentine’s Day Quotes About Chocolate That Will Make You Hungry
By Emma Cueto
50 Valentine’s Day Instagram Captions To Post If You’re Single
By Jessica Booth, Lexi Inks and Carolyn Steber
30 Sweet Valentine's Day Caption Ideas For Long-Distance Relationships
By Syeda Khaula Saad and Carolyn Steber
Get Even More From Bustle — Sign Up For The Newsletter
From hair trends to relationship advice, our daily newsletter has everything you need to sound like a person who’s on TikTok, even if you aren’t.