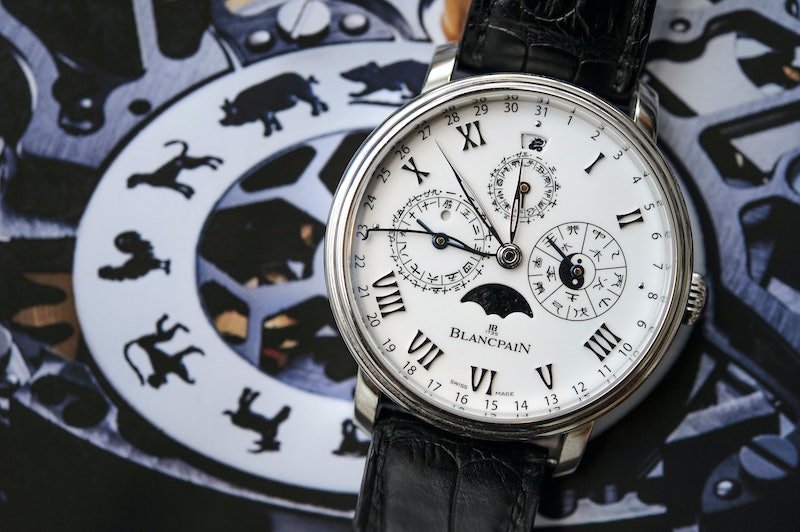 Full disclaimer: I know next to nothing about astrology. I am aware that I'm a Pisces and that therefore I'm a fish and creative and prone to leakage or something, but even if you sat me down and offered me my bodyweight in chocolate to name all the other star signs, I guarantee you I could not do it. But the concept of Mercury in retrograde as an actual, powerful Thing appears to have moved out of the horoscope back pages into the mainstream, and even an astrological pleb like myself can't ignore it. Celebs are all over it, and it's been given panicked spreads at sites as level-headed as the Huffington Post, recommending everything from putting off your wedding to postponing mortgage contracts till the planetary upheaval's over. Which leads to the obvious question: what does "Mercury being in retrograde" actually mean?

Well, Mercury itself is one of the classical planets, meaning that we've known about its existence for much of human history: its first recorded mention is in Babylonian astronomy tablets from the 1st millennium BC. The Romans named it Mercury, after their wing-footed messenger god, because of its tendency to only be visible for short periods of time. A Frenchman, Pierre Gassendi, observed its transit across the sky for the first time in 1631, the first time that a telescope had been strong enough to seek it out.

The retrograde bit is a little more complicated to explain, but it's a huge event in the astrological calendar, occurring three or four times a year — and it's generally agreed to be the big kahuna of Astrological Things That Will Upend Your Life. I just wanted to know whether it was responsible for my recent hilarious bad luck (food poisoning, proximity to a terrorist attack, fell in a very large hole), and if so, who I could complain to.

Here's what I found out about what "Mercury in retrograde" is really all about.

1. It's based on an optical illusion.

The science behind Mercury's retrograde is actually pretty cool. It's called "being in retrograde" because Mercury appears to stop and then go into reverse across the night sky, like some kind of erratic reverse-parker. This is an optical illusion, caused by the Earth's own rotation and speed. Mercury isn't actually going backward; it's just that our own speed compared to it makes it look as if it's going backward in space. Weird.

2. You can apparently blame it for your communication mishaps.

Mercury was the messenger god, so obviously his planet doing something peculiar means that communication is supposed to go haywire. (Hence it's apparently not a good time to "have a talk" with a significant other.) If you just don't want to text somebody, say you did and that Mercury must have eaten it.

3. It's supposed to mess up all your plans. Yes, all of them.

The big thing about Mercury's retrograde period is that it's meant to be completely chaotic. It's recommended that you don't sign contracts, buy electronics, or travel anywhere without a lot of forward planning and Plan Bs. Some advice actually includes saying no to marriages proposals and not going into work. Genuinely.

Although I suppose that if you're really not feeling the marriage or the job, it's a good way out. Basically, if it involves chaos in transport, ideas, intelligence, communication of any kind or remembering things, it's Mercury's fault. It's a get out of jail free card, except if you are in actual jail.

4. Yoko Ono is obsessed with it.

This isn't a crucial piece of information. I just thought you'd like to know that Yoko Ono is so terrified of Mercury's retrograde phases, as detailed in the John Lennon biography Nowhere Man, that she refuses to make any plans or travel anywhere. So if you're planning to book a holiday with her and she's proving reticent, check the star charts.

5. Some terrible historical stuff has happened during it.

Mercury has been in retrograde while some fairly stunningly awful events have happened in history. It sat there quietly doing its thing while the Titanic sunk in 1912, during the 1906 San Francisco earthquake, when a 7.4 earthquake hit Costa Rica in 1991, and as the stock market crashed in 1998. (One astrologer even blames the Gore-Bush election chaos on the fact that it happened smack in a Mercury retrograde moment.) Even the Hindenburg exploded while Mercury was in retrograde in 1937.

Of course, this may just be because Mercury is in retrograde 3 to 4 times every year, and disasters happen basically every day, because we're humans and nobody should trust us to run anything.

6. You're supposed to use it as a period of reflection.

Aside from the incredibly practical hide-under-the-duvet-and-lose-your-job school of advice, most astrologically-minded people say that Mercury in retrograde can be a good thing: it can be a good time for reflection and letting stuff go. Which may be difficult while your phone's on fire and your plane's been thrown into the river by Winter Storm Juno, but it's a nice idea nonetheless. We all need to be more mindful anyway, so ignore the hysterical sobbing of your rejected suitors and use it as an excuse to have a little relaxation time.